On a rather grey, windy morning, 16 riders broke into two groups for a ride to Brimham, Sawley, Watergate Lane and Ripley. Richard kindly volunteered to lead a group of faster riders.

The rest of us gave them a head start, but then, to our surprise found three of them just before the end of the Greenway. It transpired that David had skidded, come off and damaged his bike as well as his knee. Given everything was under control, we waited for them at Ripley. However, it made sense for Group 2 to set off as they were sure to catch us up. We enjoyed the last of the bluebells as we rode through the woods. Then, sure enough, Group 1 caught us up on Clint Bank.

It was a lovely rolling ride up to Brimham and along. Suddenly, two of Group 1 mending a chain!  Clearly everything was under control so we continued the up and down route to G&T’s where they were expecting us. The fresh scones were tasty! Once the rest of Group 1 arrived, they were eager to show off their mucky fingers and damaged knee to evidence how intrepid they were!

We broke into two groups again to continue the ride back to Harrogate. However, there was still one more mechanical to come- another chain problem! Despite the ‘mechanicals ‘, a lovely route with great company which made a most enjoyable morning. Thanks to Richard, backmarker Colin and the roadside mechanics. Alison N 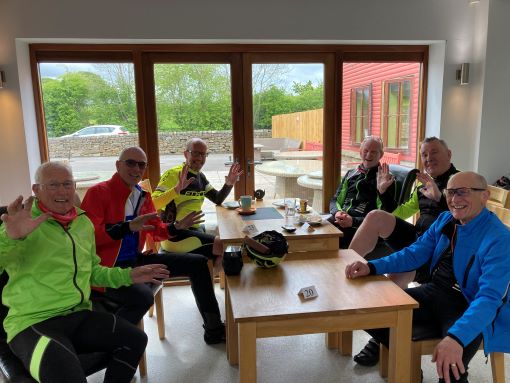 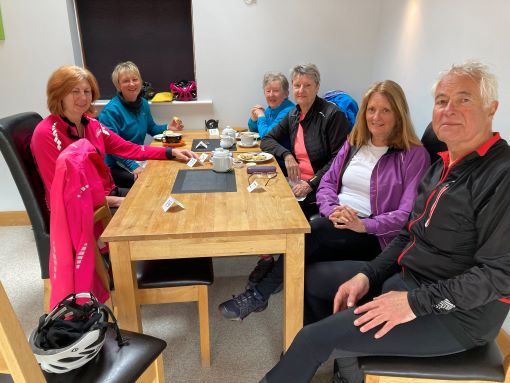 Jack Lane riders were Kevin, Paul, Yvonne, Justin, Gia and welcome back Jane. It is a stunning route clouded somewhat by the windy grey conditions but well worth the views and the cafe stop at Pool where we met up with the girls who had flown down to Askwith and Otley.

About 30 miles covered and arrived home in sunshine and not the downpour we expected as we left the cafe. Gia M 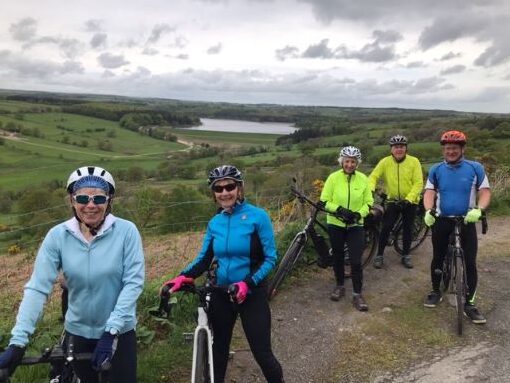 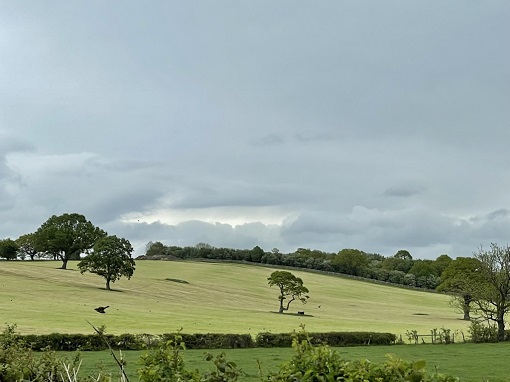 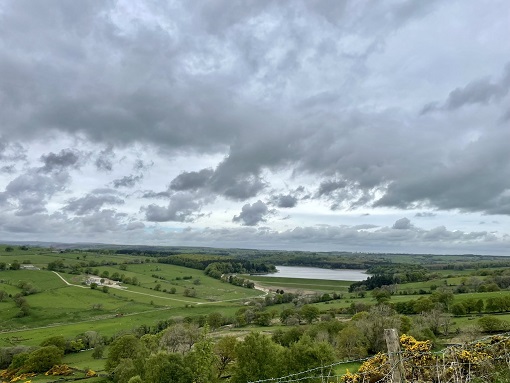 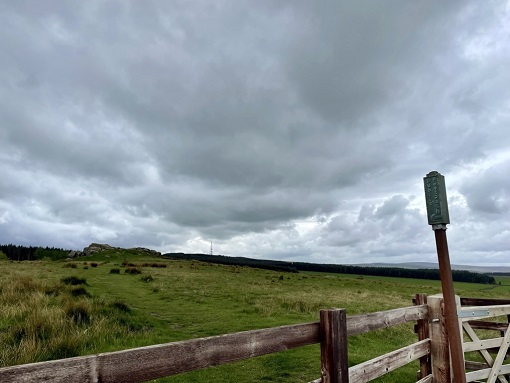 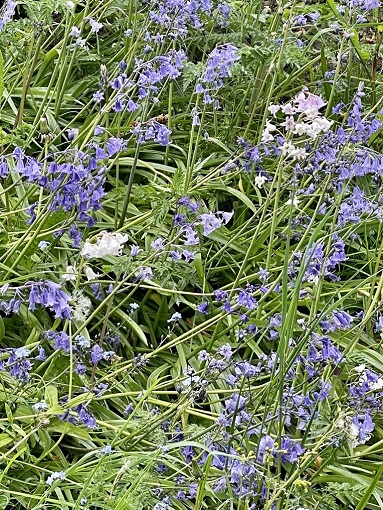 The route on the calendar didn’t appeal so a group of riders set off to Beckwithshaw and along Norwood Lane into a nagging cold wind that would remain all day. Then Fewston, Timble, up Snowden Bank & down to Askwith.

At this point, Helen, Zoë, Michelle & Janet went “left” to sample the delights of Otley whilst Tim No. 1 & Tall Tim went “right” to Ilkley and on to Bolton Abbey to rendezvous with Chris B. The rain stayed away, the sun came out (a bit) but it was still chilly as the three riders progressed past curlews, oyster catchers & shed loads of lapwings on our way up to Skyreholme before turning east towards Greenhow. We decided to omit a stop at Stump Cross Caverns & head for Sophie’s instead [It’s not open on a Wednesday – Ed]. It’s fair to say that we didn’t saunter down Duck Street Lane or past Menwith Hill before splitting & going our separate ways outside a closed café in Hampsthwaite. 54 miles. Tim L 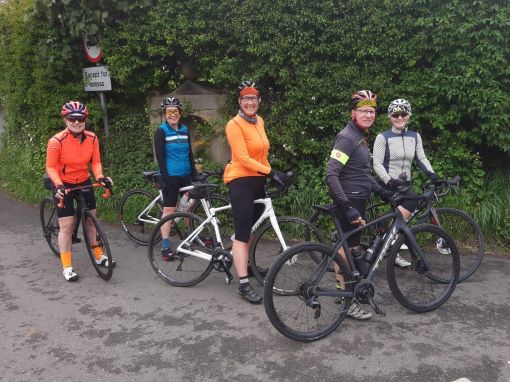 Three ‘short gentles’ set off from Hornbeam after a brief discussion to confirm ride leader and route. Dennis set off at his usual determined pace, after volunteering a more exciting route than I could have hoped to offer!
We enjoyed the delights of Follifoot, Spofforth, North Deighton, Knaresborough, Lingerfield, and Scotton, followed by a welcome stop at Ripley for two of us, whilst Dennis head home for lunch. After hot drinks and a snack each, Paul and I headed back to Harrogate via the Greenway. Weather fair, though the clouds looked a little foreboding at one stage! Sorry no photo, but we all agreed that we haden’t changed much since our last outing…………
Many thanks to Dennis for stepping in to ride lead, and best wishes to Terry for a speedy recovery! Approx 22 miles.