Twelve riders had signed up for the trailer ride from Great Ayton to Ravenscar and they all assembled at an early hour to load their bikes and be transported to the start. There were grey skies and some rain on the way which didn’t bode well but as we arrived it was overcast and dry.

After a quick coffee we set off on the route which took us over the moors on a variety of roads and paths which challenged your bike handling! As we tackled the first of several steep climbs we had rain on and off and several changes of gear was needed. Nonetheless we had some great views and we started to get glimpses of the heather which is in full bloom.

After the climbs of Kildale we took the bridleway from Commondale Common to Castleton which was different but gave us some superb views of the area as well as a few challenges. Colin, who had devised the route but was absent due to injury, would have enjoyed watching us all tackle this ‘off road’ section.

Coffee was taken at the North Yorkshire Moors Visitor Centre which, despite being busy, gave quick service and we were soon on our way. By now the weather was improving and we saw no more rain all day and whilst it remained overcast we had glimpses of sunshine.

After a few more climbs we tackled another ‘off road section’ from Aislaby to Sleights which, as the photos show this was a little out of our comfort zone to say the least! From there we went for lunch by the River Esk at Ruswarp and another well organised cafe whose service was excellent.

The final stretch of the ride was on the cinder track all the way to Ravenscar which has a variety of services and gave us a more gentle climb up to the finish. James won the prize for the ‘first to see the sea’ and we all stopped to enjoy the views over Robins Hood Bay and beyond. After coming off the track we made our way to the pick up point and we loaded up and made our way home after an excellent days ride.

We had some great sights- hills, valleys rivers and seaside and fantastic heather views. Everyone did really well and we had some great chat (as always) with some members of WE who had not done this type of ride before. We all got back tired and a bit leg weary but had had a really good day.

Thanks to Colin for a great route and to James for standing in as ‘routemaster’ when Colin couldn’t make it. Also thanks to all those who came along for their great company and making it a good day out. 41Miles and 2800 feet of climbing over a varied landscape. Kevin D 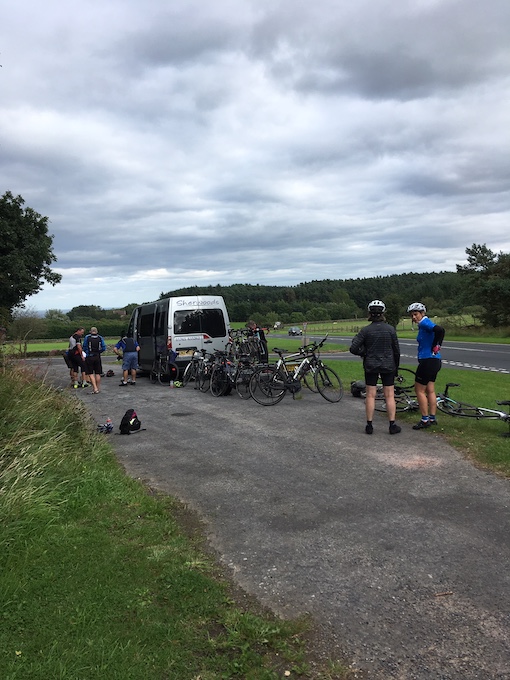 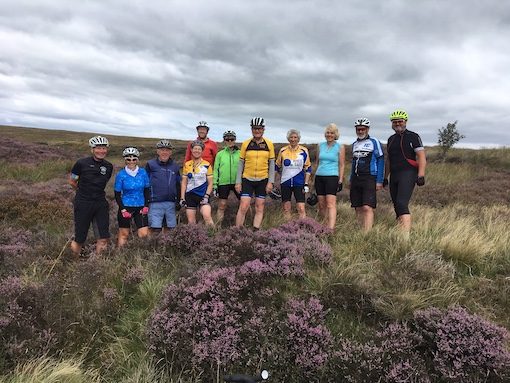 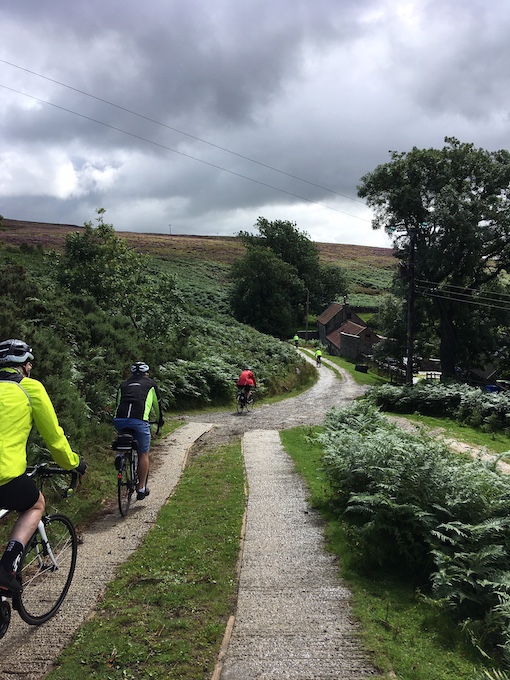 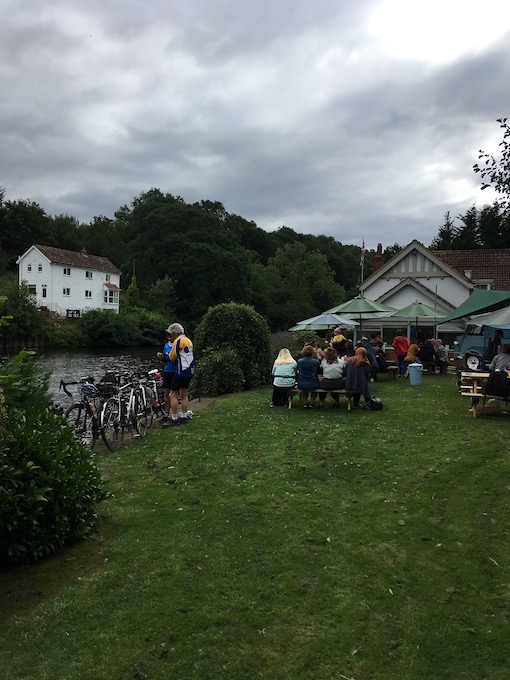 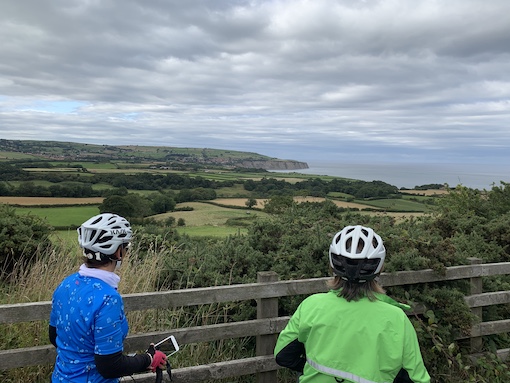 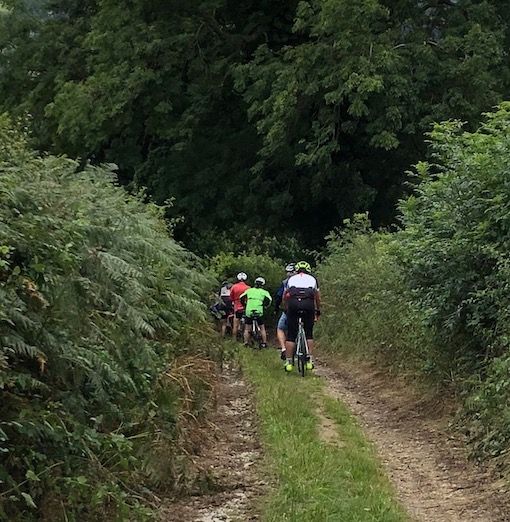 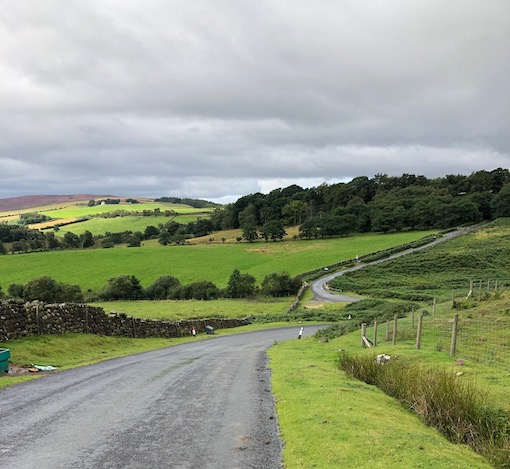 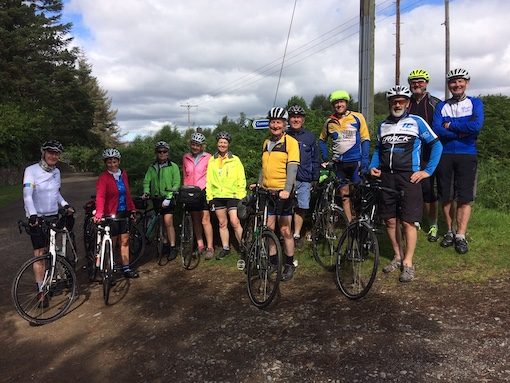