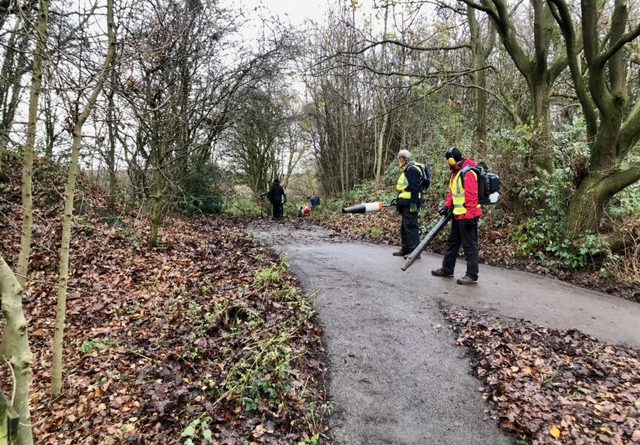 After a trial run in November, when we scrubbed up the Ripley end of the Nidderdale Greenway to good effect, Sustrans Rangers were out again last Tuesday (8th Dec) giving some TLC to the Hornbeam to Showground Greenway. The turnout of 14 eager volunteers was magnificent – two Magnificent Sevens you might say! To stretch the “Western” metaphor almost to breaking point, the group finished cleaning the Showground path early, due in some measure to the “Lone Ranger” who had gone out to the path to do some clearing a couple of days before. Many thanks, Peter.

Having finished early, the group was again magnificent in its initiative to move on to another needy case just north of Dragon Bridge – a triangle of paths that I call the Woodfield triangle. I’m from Leeds, so I’m bound to have got the local names wrong but it’s at the fork in the Greenway where one path (left) goes to Woodfield and the other (right) to Bilton Lane car park. There is an adverse camber as you make the turn and this gets mucky from leaves and from soil washed from the higher banking. Clearing this is a great help to all on wheels, a big thank you to all involved.

There are some photos below from both sites which give some clues to the before and after conditions.

We plan to be out in January, again on our usual spot of 10.00 -12.00 on the second Tuesday. The organising team is always grateful for any suggestions of where our TLC team might go next. All volunteers are welcome, new and old. Suggestions and info via website@wheel-easy.org.uk. 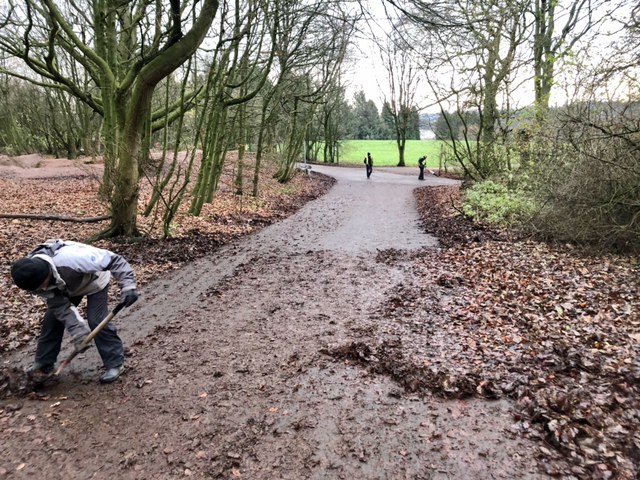 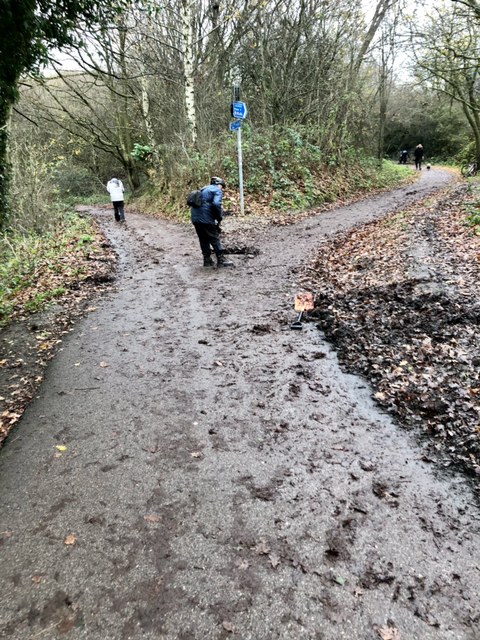 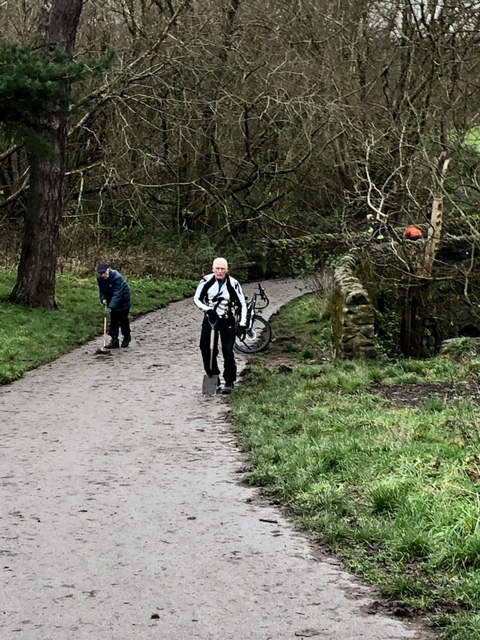 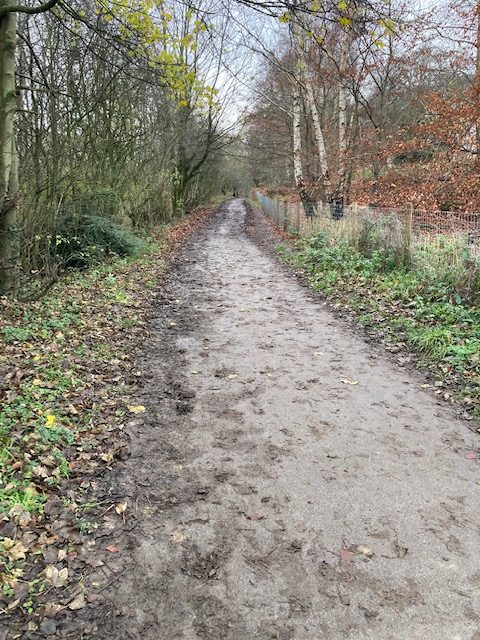 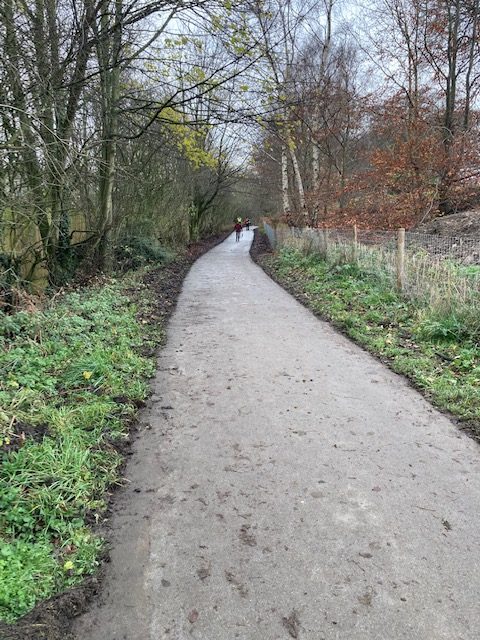