It was a cool and blustery morning for the assembled throng this morning but that didn’t deter those keen to do the Medium plus ride. A lot of riders for the steady pace so we split into a steady pace and slightly quicker pace group. Mike W led our ‘quicker’ group of ten. After meandering through Harrogate by various routes the ‘steady’ group were already a head of us. Through Knox and Hampswaite we eventually caught them up Clint Bank only for us to be caught as we got our breaths at Cut Throat Lane. Pushing on over Brimham and Fellbeck the wind was quite strong and rain was threatening. Surprisingly the wind was not as strong going over Dallowgill as we feared. Lovely sweep down to Laverton and Galphy. As we hit the Pateley road discussion was about coffee and Yvonne suggested the very conveniently placed Tate Garden Centre. We were not disappointed. Very friendly staff  and efficient service. Barbara Peter Karen and Debbie decided to head for home as the rain clouds gathered. Undeterred the rest of us pushed on to Boroughbridge then Tim and Yvonne increased their pace for home leaving Mike Alison Liz and myself to ‘plod’ on. Once in Knaresborough I departed for home leaving the other three to plough their furrow to Harrogate. Great ride and weather generally held off for us. Thanks all and especially Mike for his excellent stewardship. Nearly50 miles for me. Colin B

James, Paul, Charlie, Debby and Gia made up a smaller group of the medium plus rides, meeting up with Mike’s group at the top of Clint Bank. Various weather systems passed us and on us but we made it to a cafe keeping under the 30 mile before coffee rule. At GT’s we waited for the rain shower to pass and skipped the Ripon/Boroughbridge section of the ride and headed home. 40 miles across moors with fabulous views and mainly quiet lanes. A vintage Wheel Easy ride but less wind and more sunshine would have made it perfect. Gia 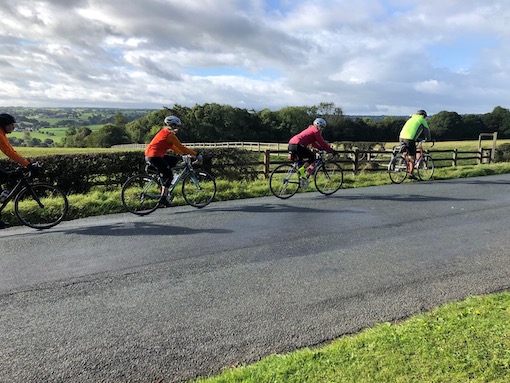 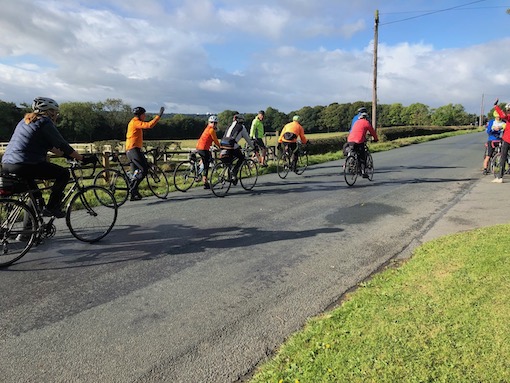 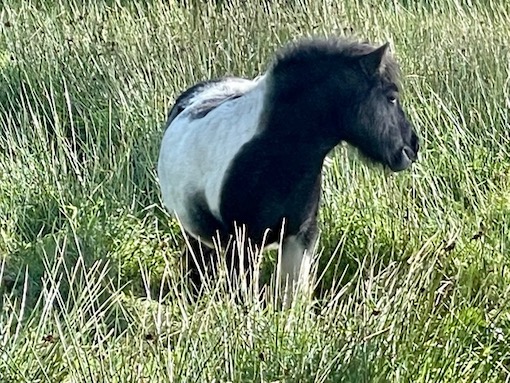 With a desire to be home by 1230, Andy, Steve, and Navah formed a small group to do the Medium Ride at a brisk pace. With the sun shining and the wind blowing, the three of us set off on route 257 for a lovely ride. Around West End, in the middle of sheep fields, we caught sight of a rainbow and tried to get a group shot with it in the background, but the rainbow proved quite coy. A very brief, light shower caught us going up the hill towards the highest point of the ride, approaching Norwood, but otherwise the weather held and we enjoyed glorious views, including one with the elusive rainbow ending right at the top of one of the RAFMH radomes. A stop at Sophie’s in Hampshwaite gave us the energy for the last bit on the Nidderdale Greenway (and Steve the power to dash off in front for a bit). Navah only led the trio on three wrong turns, all quickly corrected by her phone yelling at her, and they made it back to Harrogate by 1230 as planned. (Andy and Steve suggested that this report should be heavily redacted due to potential security concerns, but the author decided to take the risk.) Navah 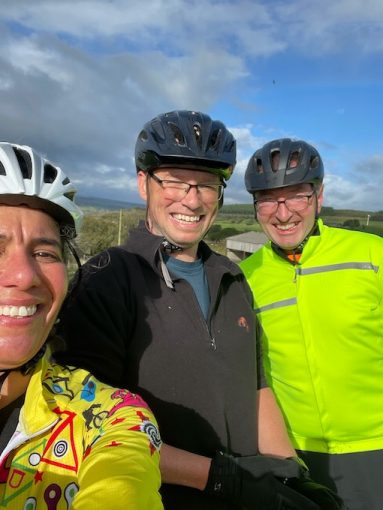 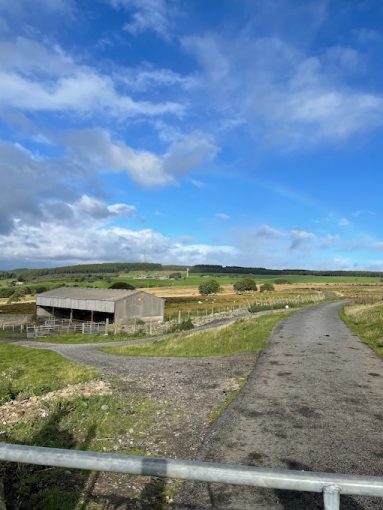 Route 271 for today – after a chilly start, the sun came out & it was good weather for cycling although the wind made itself known as we progressed (the wrong way) along Careless Whisper House Lane. Up to Dallowgill where the tailwind was a delight and down to Tate’s which is for many becoming a well favoured café. And then home via Ripon & Boroughbridge into, at times, a quite severe wind with one smallish shower to contend with. The group of 10 riders (Janet, Helen, Marvin, Peter, Richard, Mark, Julie, Vince, Glyn & Tall Tim) split & merged as many times as Take That over the 47 miles. Tall Tim 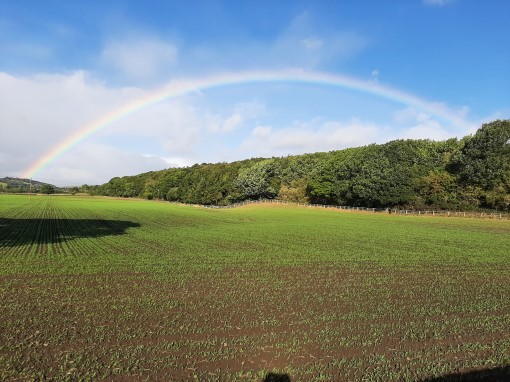 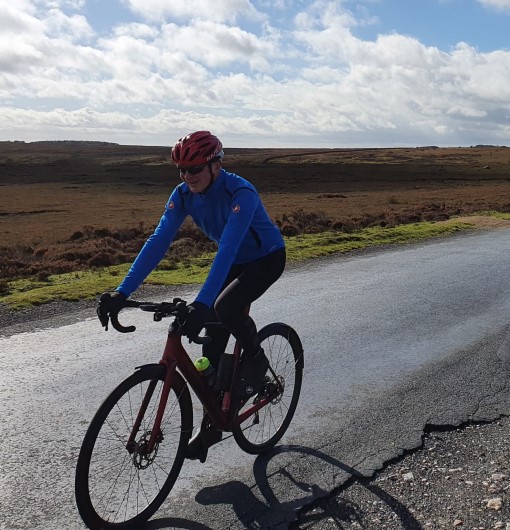