Since Sunday ride number 600 in November 2017, there has been a significant change to the website, going live in January 2019.
We now have access to maps of ride routes, and gps tracks for those who use them.
The rides and the people continue to be enjoyable and fun, with hopefully many more to come.

The weather forecast changed again with no rain forecast until later in the day, 15 riders were ready to set off. It was good to see Tim Richards back on his bike again after a broken collarbone, when he came off on a bend on an Awayday ride, so a nice easy ride for him.

We cycled out to past the Squinting Cat, Beckwithshaw, Little Almscliffe and to Cobby Syke farm shop for coffee, it was busy with cyclists out from Otley.  Even on a dull day when a bit of sun came out, it can make the Menwith ‘golf balls’ look spectacular! Then it was along the Forest Moor bridle path and at Moorgate Lane some riders decided to carry straight on towards Birstwith / Hampswaite leaving seven to cycle the original route down to Birstwith and up Clint Bank. Alison decided to add a little extra on and she carried on to Shawmills and Bishop Thornton to get another hill in.

The rest of us carried on down the Greenway to Ripley, passing a few tail enders from the Guy Fawkes 10 run. As we got near to the castle there was lots of clapping, cow bells ringing and shouts of well done – no not for us, it was for two runners in front of us! Then the greenway back to Harrogate. 27 easy miles plus a few extra for Alison. Chris R. 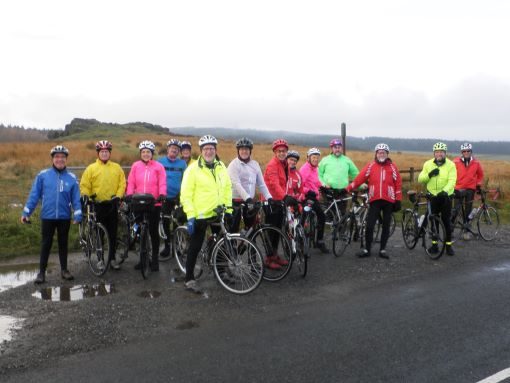 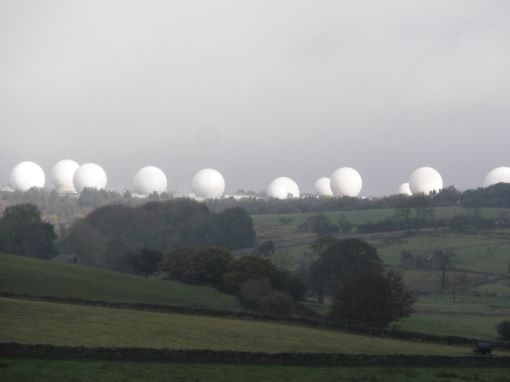 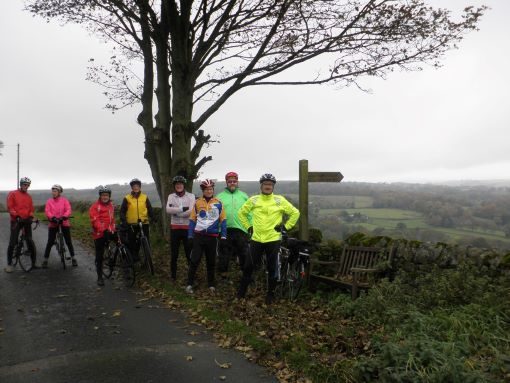 Helen led a group on the reverse route calling at the Olive Branch in Easingwold, momentarily meeting up with the two other medium plus groups. After refuelling, we headed directly to Aldwark Bridge, avoiding Helperby and Aldwark village. In Little Ouseburn we came across Trevor standing very forlornly at a bus stop. Apparently he had had a puncture, but his pump was ineffective and he had been waiting for 45 minutes! Dave S informed him that there were no buses on Sundays and provided a pump which seemed to do the trick.

A few miles further on  Julie got a puncture . Dave S used his screwdriver to root out the offending material which was embedded in the tyre (handy to have on a ride – Dave that is – not a screwdriver) and Trevor’s tyre deflated again. Dave’s pump came in useful again and we all continued on our way.

A few miles later, Trevor was looking very flat again . Someone suggested replacing the tube which was promptly done and seemed to solve the problem.

Eventually we arrived safely back in Harrogate with two punctured tubes and a damaged tyre. Thanks for everyone’s patience.!! 47 miles. Julie E 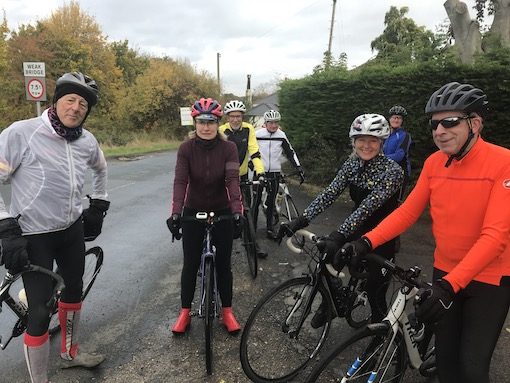 My group of 11 waited for Helen and her speedy riders to zoom off. We maintained a sedate pace to Arkendale via Low Bridge. The weather was better than expected and we were in good company with many fellow cyclists enjoying a pleasant day after all the rain.

Circumnavigating the many very large puddles we pedalled on to Easingwold via Aldwark Bridge. Our usual cafe the Curious Table was even busier than usual so we sought out an alternative. At The Olive Tree we were given a secluded room to ourselves which was great. Not the quickest service but that left plenty of time for pleasant chats.

Once fed and watered Mike led us back home via Raskelf, Helperby and Boroughbridge. It was a less sedate pace on our way home as we tried to beat the impending rain forecast for 2pm. A 47 mile ride enjoyed by all and we did beat the rain, thanks to Mike for help with route and James for back marking  Sue C 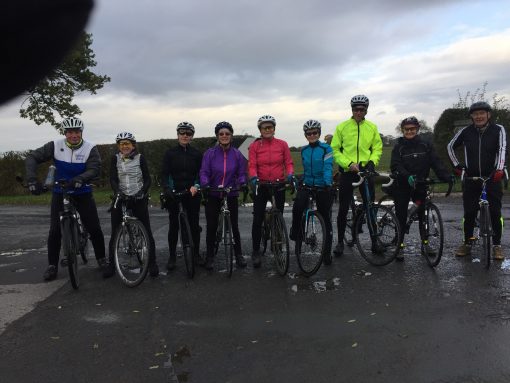 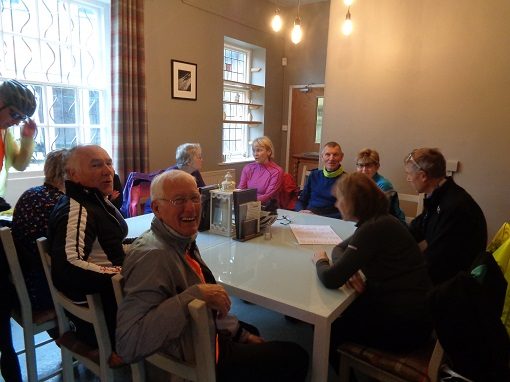