Ten people set off from Hornbeam in warm but breezy conditions, the plan was for a a gentle ride to the Shambles, Wetherby via Burnbridge, Kirby Overblow, Sicklinghall.  This accomplished along with several scones, toasted tea cakes, a large bacon sandwich,  tea and coffee and lots of chat.  We returned to Harrogate along the Harland Way bike path.

Interesting bits included the return of Sarah E…with her half new knees, one big buzzard, two low flying kestrels, three people did not go for a coffee, four tiny pheasant chicks, five etc etc etc. Thank you I had a lovely ride and it was super to see five returning regulars I had not seen for weeks. No ideas how many miles as my new old odometer has been declared impossible. Caroline G 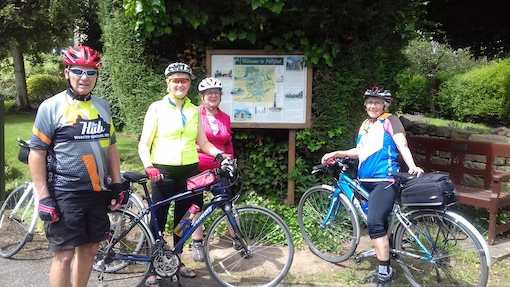 Myton-on-Swale was our planned destination, but in reverse from the website route. As the Medium Plus were heading in the same direction, we decided to adapt our initial route to avoid too much  congestion. We arranged to meet Joe and Geraldine at the top of the Beryl Burton. This plan didn’t quite work, but fortunately they caught us up on the outskirts of Knaresborough.

Having ‘found’ them, I then discovered we lost a back marker but gained an EG [Roy]. We waited for our back marker in vain  [At one time we used to swap numbers with the back marker- a good idea]. At Staveley we ‘found’ three Wanderers patiently waiting. They’d gone by Low Bridge. After that, a straightforward ride to Helperby, by which time Roy had dropped off. We found a small café and decided to try it. The three Wanderers sensibly decided to press on to Knaresborough.   The café stop was lengthy due to the ‘relaxed’ service.

Once on the small road to Myton, the ride was beautiful. We went down to view the bridge and  peruse the information board. The forecast had promised quite a strong south-west wind. Sure enough, it was accurate!  So much of the ride back was into  the head wind – enough said. Our final challenge was to climb out of Knaresborough- most on the cycle path, but Barbara went up the Beryl Burton.  A thoroughly enjoyable ride. Thanks to all for their company. 41 flattish miles. Alison N 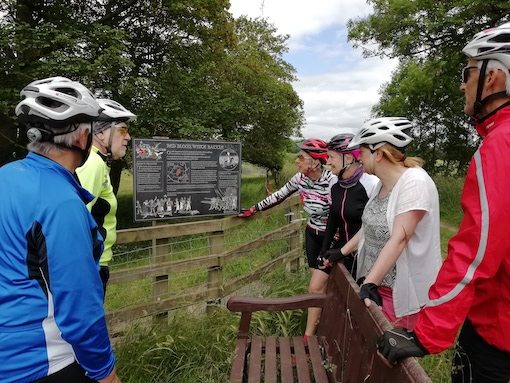 Twelve riders today for the faster pace medium plus group with eleven of us sporting the new WE World Champs commemorative top. I think we looked good even if I say so myself. After posing for a bit in the car park, we headed off on the well-worn route out to Coxwold via Aldwark and Easingwold.

We stopped for scones and coffee in Coxwold, enjoying the warmth and brief episodes of sunshine as we sat outside int eh garden and ordered extra coffees. We followed the scheduled route home via Husthwaite and Boroughbridge, arriving soon after 2pm and averaging around 16mph. I’m wondering if I have earned what looks like the jersey for Best Young Rider! Michael I 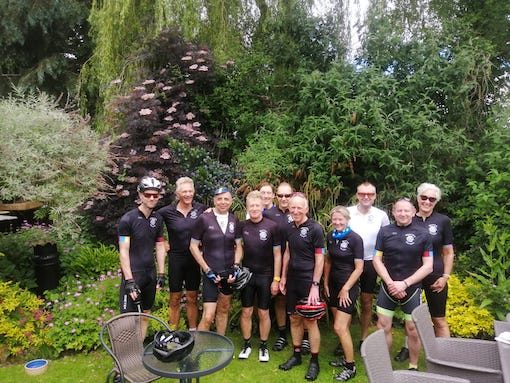 Late-Life Exercise: Too much is never enough

That was the headline in last Thursday’s Telegraph, so with that in mind, 14 of us set off at an alarming pace, downwind and soon arrived on the fringes of Easingwold. Kevin declared, “I am revolting”. This was followed by a short, awkward silence before Debbie H, Sue C and Geoff W declared they too were revolting and the four of them descended into Easingwold for an early lunch.

The rest of us stuck to plan A and pressed on for a further six miles to Coxwold. The garden there is delightful and although the service was a touch slow, the food is good and it is a very pleasant place to sit and put the world to rights. A few of our party were also able to apply the “too much is never enough” rule to cake but I have expunged their names from the ride report in the interests of confidentiality. Although, Rob, if you had let me have a bite of your butter, cream and jam scone (like I asked), you would have bought my silence for ever!

We made it to Boroughbridge, where we lost Dave P. He is after all an EG and they are genetically incapable of passing a Morrisons. We caught a final, fleeting glimpse of him as the green and yellow portals closed behind him. Presumably he was in search of a pot of tea, a toasted teacake, a comfy chair and a short snooze.

Tired but happy, we all made it through Knaresborough and back to Hornbeam, having enjoyed a thorough workout and laughed a lot. I don’t think we had done too much but we had definitely done enough! Roughly 52 miles, according to my randomly working Garmin. Helen T 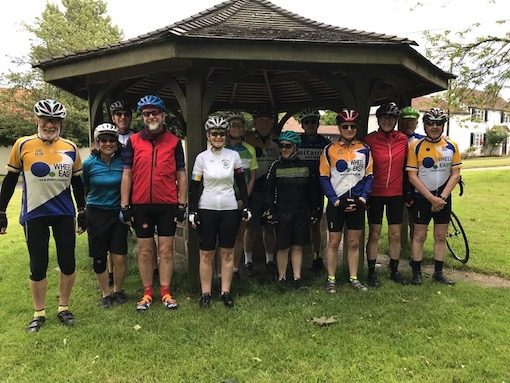 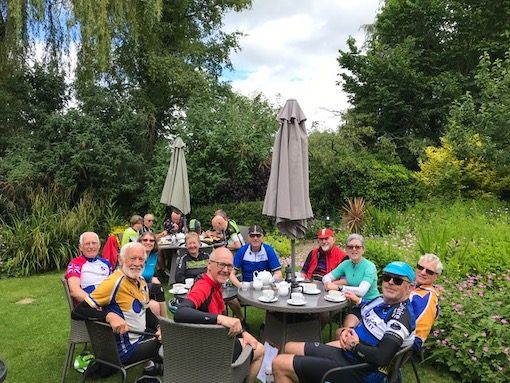 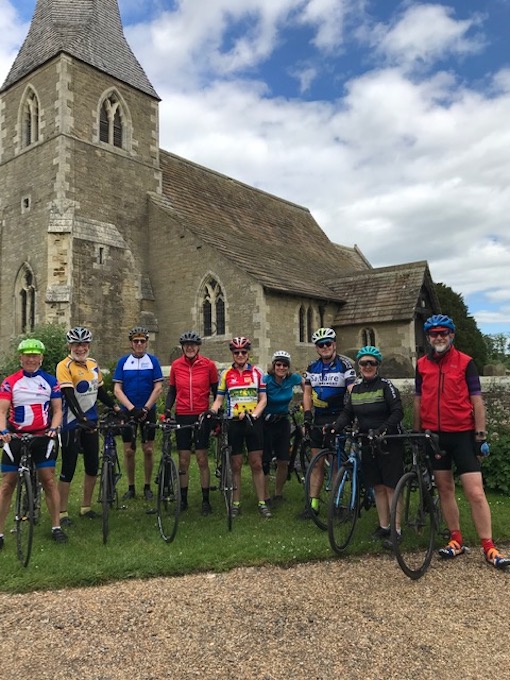 Nine riders, then eight. Refreshments at Arabica in Thirsk, lunch at Lakeside Farmshop (v.slow service). Lost two riders shortly after – now down to six. Legs failing at 86 miles but arrived back at Hornbeam at 7.10pm. Now home with only energy to write this short report – sorry and goodnight zzzzzzzz! Glyn F.

PS. Thanks to Jill for leading. 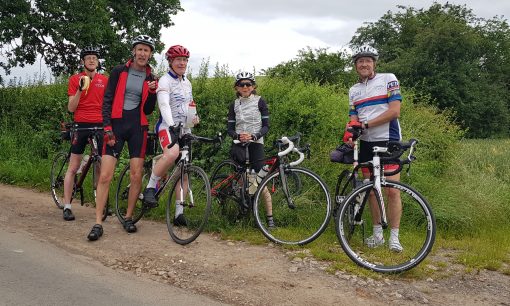