Medium Plus Ride – Not so Fast Group

Having joined the tsunami that was the Medium Plus Fast group I was quickly left in its wake by the time I reached Follifoot.  So, with three other riders we bobbed along at our own pace to Spofforth where we collected Allen B en route.  We also collected Al D for short time after leaving Little Ribston but he went off to do his own thing.  Refreshments were taken at Askham Richard where we were joined by the remnants of another group of Medium Plus riders.  On leaving Askham Richard, Ian N decided to join us for the return journey to Harrogate.  As we approached Harrogate the peloton started to reduce in number.  Glyn F left at Wetherby, Ian N disappeared off the front, Dan H decided to do more miles and go to Otley, Eric W left at Kirkby Overblow leaving me to continue on to Harrogate.   PCJ 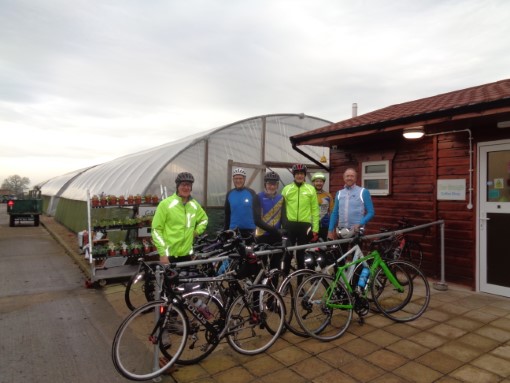 One Mike arrived just in time to see another one disappearing towards the show ground.  Catching up near the Travellers’ Rest, he was put on a charge for being late on parade.  Punishment – to write the report.  Could have been worse – digging the latrines.  On the road to Follifoot we picked up another Mike, so that made three Mikes, three Chrises, and three miscellaneous trundling cheerfully through quiet lanes to Askham Richard.  Alas!  We arrived after faster Easy Wheelers, Bramley CC and a voluble contingent of Yorkshire Lasses.  So, it took a little time to be served and worse, we saw the last, huge slice of coffee and walnut cake disappear as we queued.  But the refreshments and the company were good and we didn’t rush to leave.

The day warmed up.  I would have worn shorts but hadn’t allowed time for the spray tan.  The return leg was extended to avoid the Wetherby cycleways and the anticipated mud, going by Cowthorpe, Little Ribston and Spofforth again.  But it looked different going the other way and in sunshine.  We took our time, and as people peeled off for home the last three of us reached Hornbeam at 3pm, sun still shining.  46 happy, gentle miles, 1800’ ascent, all on 53Wh of battery, one cappuccino and a goodly slice of Bakewell tart.  As a contribution to climate change that’s about the same as getting your Range Rover up the drive.  One of the Mikes 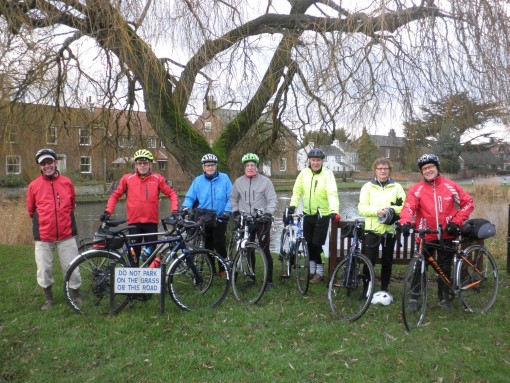 Medium Plus Ride – Alternative Ride to Flock to The Fold

The Group: – Nine riders left Hornbeam and Paul joined the group at Beckwithshaw. Dennis, who was out for a short ride, turned off at Pennypot. Charlie and Kate headed back from Menwith. Malcolm joined us at the cafe where we were also joined by Tim and Vince who were doing a longer ride.

The Highlights of the ride: – It’s an excellent 35 mile route with some challenging hills, great views and a superb cafe stop. However, the most impressive aspect of the ride was seeing Dennis zoom up the hills on his first recovery ride. Well done Dennis! 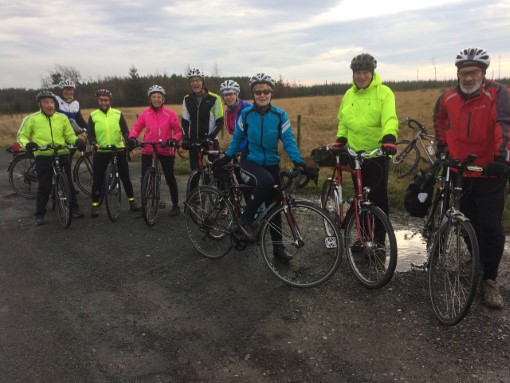 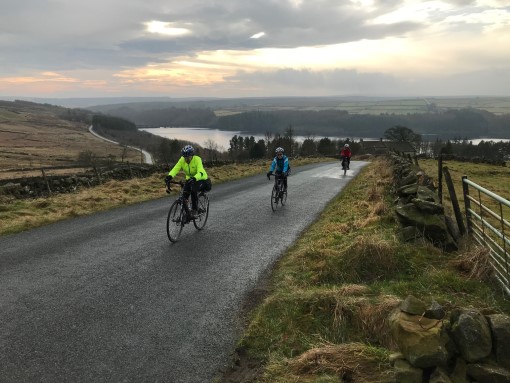 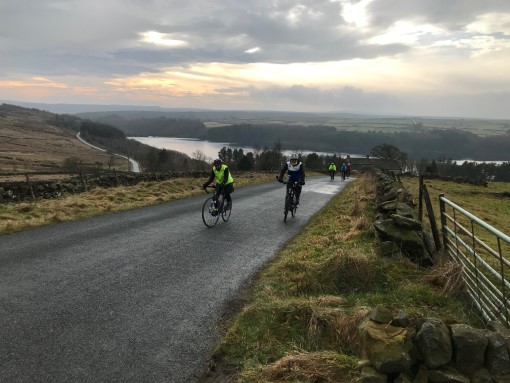