Another glorious Sunday with Wheel Easy Medium Plus slightly slower group. The clocks had gone back so I was up early and set off from Ripley to meet the others at Hornbeam for 9.30. It was a lovely ride in – not many people on the Greenway and some spectacular colours in the trees.
I’ll try to limit the superlatives but it was just a great day – great ride, great views and delightful company including several folk I haven’t cycled with before. The weather was much better than forecast – a little cold but we soon wore that off. There was something special about the light too. It was a photographer’s dream (please see the attached award winning photos).
I’m going to bring an abacus next time so that I can keep track on the numbers – people kept joining and leaving but we were mostly around 14 cyclists.
Most of you know the route so I won’t describe it here. Just to say that it was 41 miles and it was a hilly 890 metres. Definitely worth it for the views.
If anyone has lost an eagle, we saw it near Fountains Abbey trailing its ropes/ ties – yes, really. Obviously an escapologist.
I left everyone at Ripley just as it started to rain. Sorry folks, I hope you didn’t get too wet.
Steve W 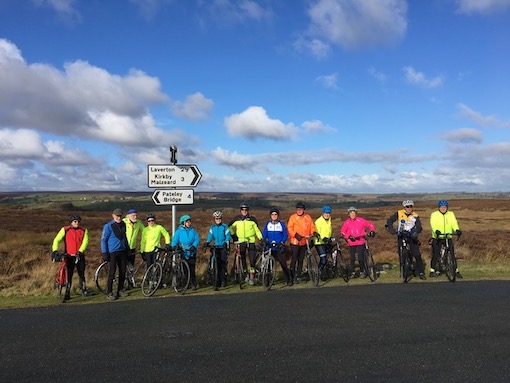 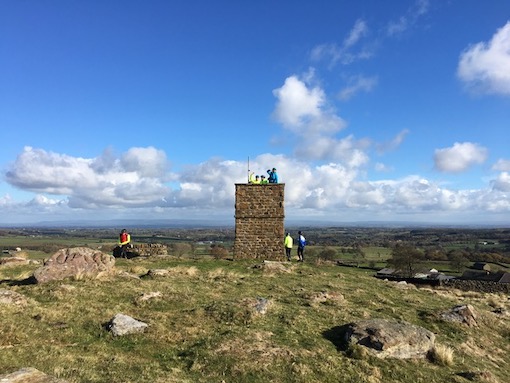 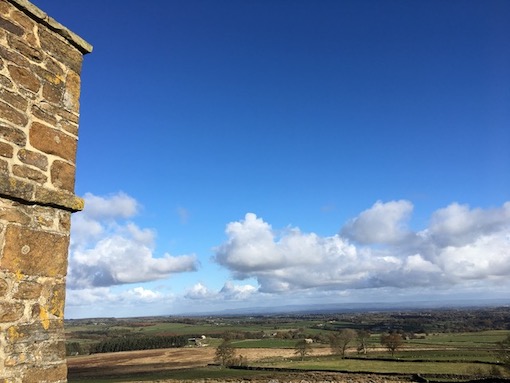 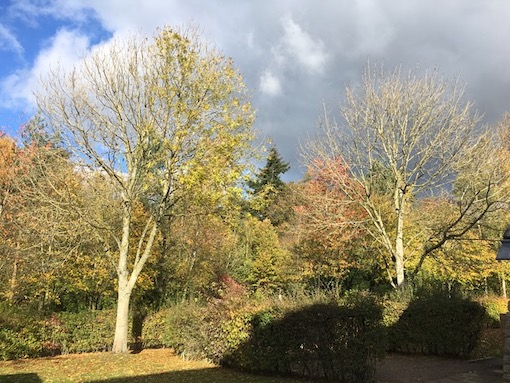 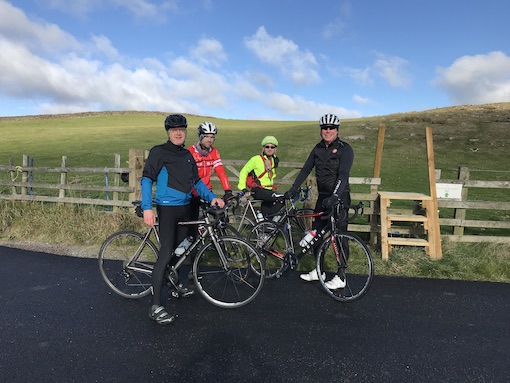 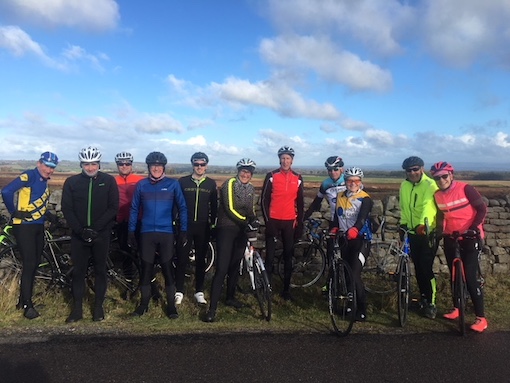 4 riders opted for the long ride billed as Masham – Anticlockwise.
We rode out via Low Bridge to avoid the traffic at Bond End. Into a cold North Wind to Ripon. We then ticked off the familiar villages on our way to Snape. Weather in the main quite good and we were nearly into double figures as we approached Masham. In our clothing it was a touch too hot !
A slight navigational error was made as we left Snape. Richard was leading and I said I the road looked unfamiliar. He said it would as we were going in the opposite direction to normal !. It turned out it was unfamiliar as it was the wrong road !. Anyway it turned out well as Richard was able to help another cyclist free a Lamb that had got stuck in a very thick hedge. A good deed for the day. Maybe the diversion was meant to be.
On reaching Masham we had a great feed in the usual café and then rode home with a tail wind on the “usual” route.
All in all a great ride of just under 60 miles, some good discussion and a bit of rain. Martin D.

Four riders decided to go to Masham on an anti-clockwise route. It makes for almost a new ride when what are usually uphills become downhills, and we see the views which we normally have our backs to.
Knaresborough, Farnham X-roads, Bishop Monkton, Littlethorpe, Ripon (we missed the WW1 mud art in the cathedral because of a service in progress, but I recommend a look), Hutton Conyers, Wath, Kirklington, Snape. A route error added an extra mile or two on the way to High Burton, but we received effusive thanks from a lady cyclist for helping to free a trapped sheep, when in practice we probably did no more than frighten the sheep into freeing itself!
We were overdue lunch in Masham after 36 miles, after which we headed back on a direct route, mindful of the shorter daylight. Just after Fountains we collected Julie, who seemed to have managed to ride with each WE group in turn. Then back via the Greenway through a sharp shower.
55-60 miles in a cold wind, but on a mostly bright, sunny day.
RL 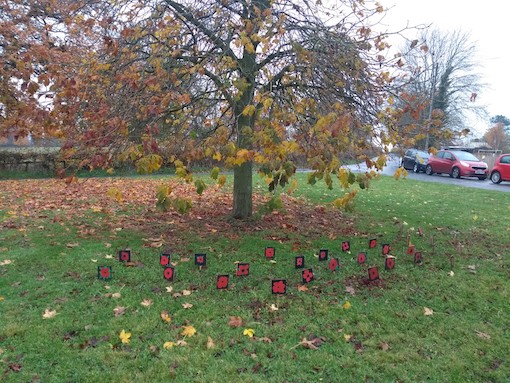 Only Joe, Geraldine and myself opted for the medium ride. This was unusual as the medium ride is usually the most popular ride. Possibly as there was no named ride leader members were put off. It’s a shame as both Joe and myself would have been happy leading a group. The route which included Fewston, Timble, Blubberhouses and Hardisty Hill was certainly hilly which suited Geraldine as she wanted to test the brakes and gearing on her lovely new Ribble bike. Coffee was at Sophie’s which was my fifth visit this week, surely a Wheel Easy record! It was an excellent ride with good company. Thanks Joe and Geraldine. Paul 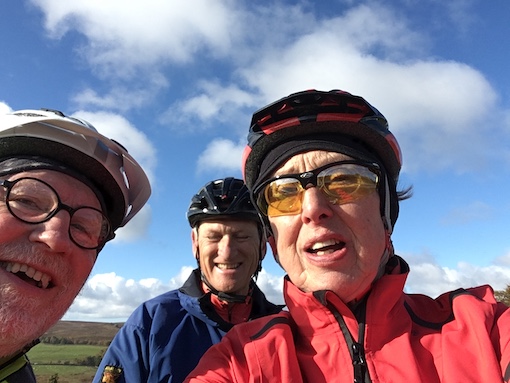 Not such a Short Ride

13 riders set off from Hornbeam today including Caroline who had left her sick bed. Sadly she had to leave us at Farnham. A great effort. Hope you have you feel better soon.
We took the route from Hornbeam and cut through behind Morrisons and Taylors to Starbeck then on to Knaresborough, Boroughbridge Road, Farnham, Occaney, Bishop Monkton, skirted Littlethorpe and across the ring road into Ripon.
We saw a beautiful rainbow in its entirety which made up for the headwind we couldn’t seem to lose.
Dennis left us at Bishop Monkton and Peter B at Ripon.
At Ripon we inspected the poppies at the Cathedral and the shops leading to the market square, town hall and Spa Gardens. A realky magnificent sight.
That made 10 of us for Spa Gardens where we met up with Caravan Lynda who is on a brief visit to friends in the area.
After being fed and watered we made our way back to Bishop Monkton, where Sue T and Postmas Paul left us, the rest headed for home via Markington, Ripley and the Greenway.
Thanks to everyone who assisted with back marking and keeping the group together.
Jean