Three riders, Justine, Brian and Bob joined Chris and me on today’s short ride. We decided to extend the planned route because we all wanted a longer ride. We left the showground and headed to Ripley on the Greenway. Followed the lanes to Nidd, Scotton and on to Lingerfield. Here we deviated from the route and went to Arkendale and Flaxby. We had a short (hairy!) section on the busy A59 before we turned off to Goldsborough and back to Knaresborough. Four of us decided to stop for coffee at the Watermill café near the lido, before going up Bland Hill and Forest Moor Lane where we split up and made our way home. Sorry no photo, I forgot! A great ride with lovely company. 25 miles Chris

An overcast and slightly chilly start hadn’t deterred the multitude of WE riders that gathered at the Showground today. Eight (James, Kevin, Martin, Sylvia, Steve, David, Yvonne and Andy) opted to join me for the medium steady to Bramham following Route 145 with a detour.

Good progress was made to Wetherby via Spofforth and Little Ribston, before a more leisurely cruise on cycle path 665 all the way to Tim’s Café at Thorpe Arch. This was chosen for its ease of access and quick service but today we found ourselves mingling with hundreds of people enjoying a market and car boot sale. We enjoyed our various refreshments and chat and were soon smartly on our way back on cycle path 665 to view the new bridge over the Wharfe which was the reason for deviating from Route 145. Once over the bridge we passed  the housing redevelopment of the Papyrus Mill at Newton Kyme and then turned on to the A659 for a quick left on to Bar Lane to join Route 145 again at Clifford and on to Bramham. Martin rode on to visit his grandchildren, as we turned down Jewitt Lane to Collingham. We safely negotiated crossing the A58 and A659 and at Linton headed for Sicklinghall regrouping at Kirkby Overblow. Here James opted to head for Rudding whilst the remainder took Walton Head Lane to Burn Bridge before splitting for home. 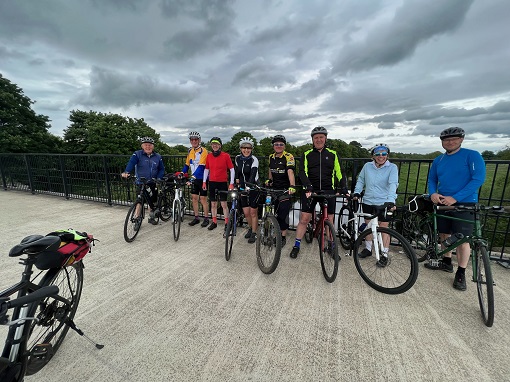 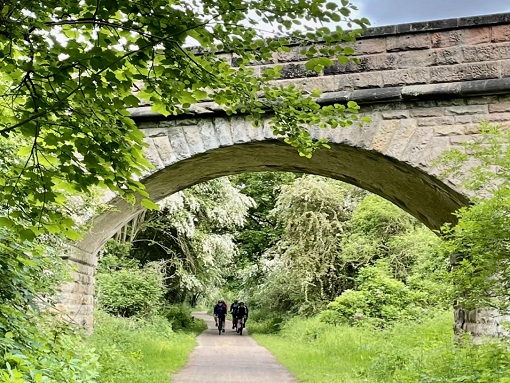 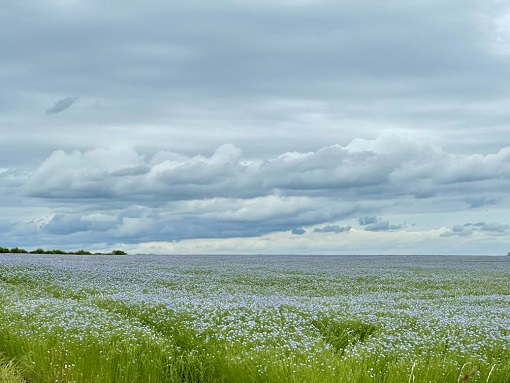 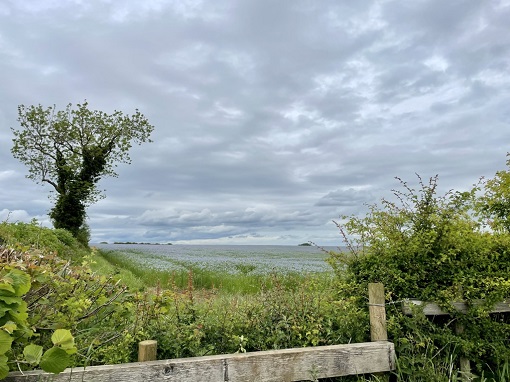 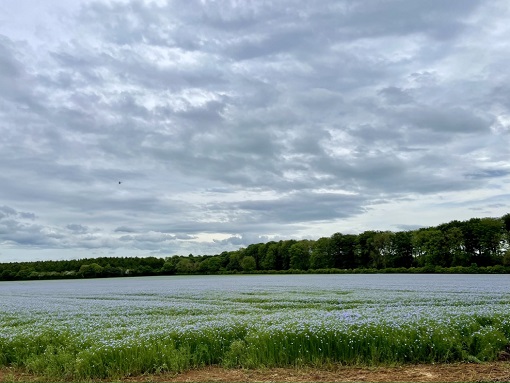 Four set off from the showgrounds to do the Medium ride, sans deviation, at a brisk pace: Mark, Navah, Clive, and Stephen. The quartet mostly depended on Navah for navigation, resulting in numerous wrong turns (that were quickly corrected). They stopped at a random pub in Linton for three hot chocolates, one orange juice, and one toasted teacake, as no one knew where to find a cafe. A genuinely brisk pace brought everyone back to Harrogate by 1230. A lovely day for a ride, replete with fertilized fields and insects. Some in the party may have ingested one or more bugs. – Navah L. 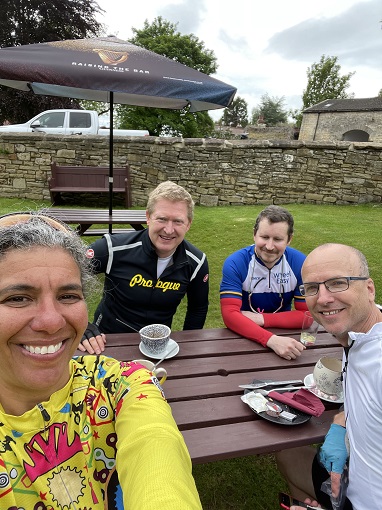 Eight of us set off from the Squash Club but 4 planned to leave us just after Boroughbridge. That left 4 of us to complete the 56 miles trip to Thirsk and back.

A perfect day for cycling meant light winds and warm enough weather. There were new roads for some of us but they were mostly well cycled – so not much to report about the route. Lunch was very good at Yorks in Thirsk. We passed through Cundall and Norton-le-Clay both of which are Thankful Villages – 2 of only about 50 villages in England and Wales where all the men who went to fight in the first world war came back home.

Plenty of chat all the way round. A great day out, thank you. Average speed 12 mph. Somehow it felt faster. Steve W 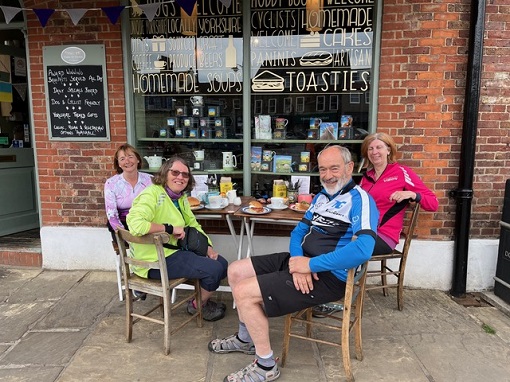