With no advanced route prescribed we chose a democratic approach and headed off towards Ripley via the Greenway with regular stops to agree / confirm directions.  After a grind up Scarah Bank we cruised along to the cross-roads and decided discretion was the better part of valour and headed back towards Shaw Mills by way of Cut Throat Lane (downhill) and over to Clint back towards Ripley. We parted at the top of Hollybank as I headed up Hollins Hill. Avoided any heavy showers and not blown by the gusts too much so a very pleasant 20-ish miles in lovely relaxed company. Dave Mason

A gloomy start to the ride as we set off for Ripley via the Greenway. Brief stops to remove tree debris and alarm at the possibility of reinstating a dodgy barrier on the Bridge at Dragon.
At Ripley with gloom acquiring a capital G we changed course and headed for Fountains via Markington to check out toads and running water. No evidence of either. Tates were busy, but we were warm and the long wait gave us plenty of time to chat and relax. As the weather had improved several of us decided to return via Boroughbridge. Hopefully everyone got home safely as there were several variations to the route back to Harrogate. 40 miles for me and guess a few more or less depending on route taken. Thank you everyone for the good company on a chilly May day. Gia 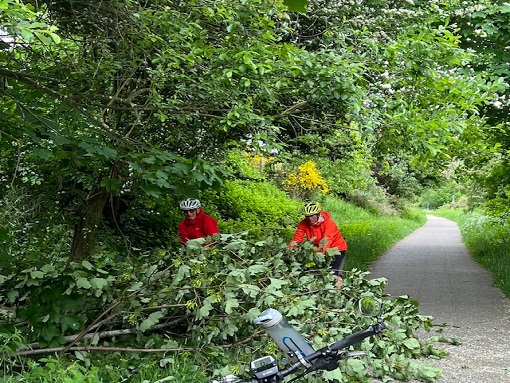 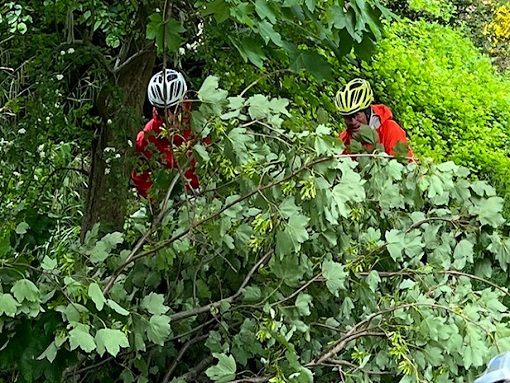 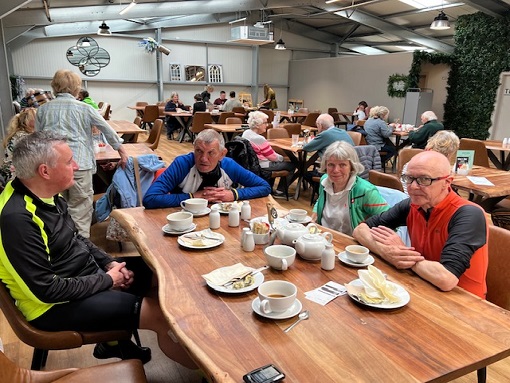 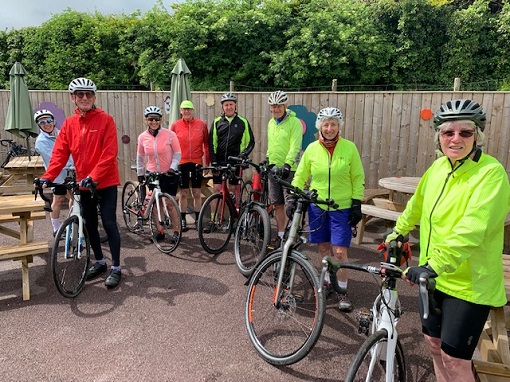 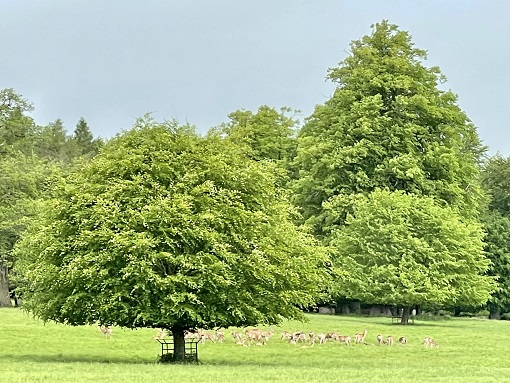 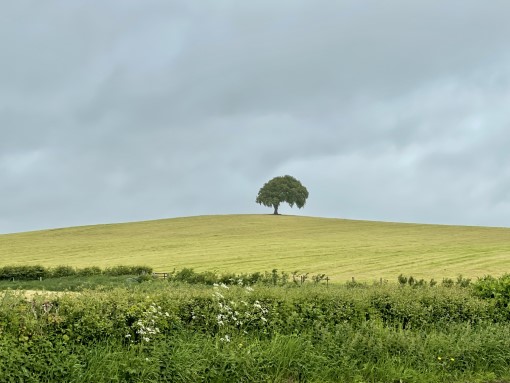 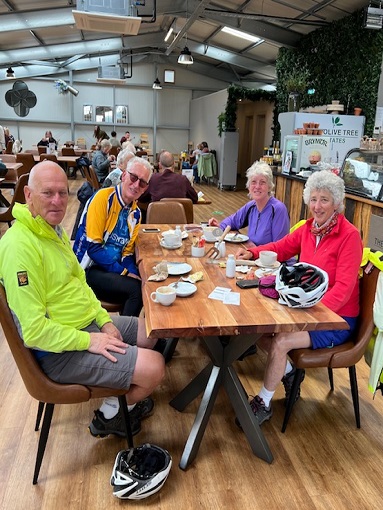 On a blustery spring morning eleven intrepid riders decided to join me on a ride across open countryside in the direction of York. I was hoping we’d have a tail wind as we set out but while it was of some assistance we did catch some strongish side winds. Briefly picking up Paul at Rudding Park we negotiated the bypass only to realise that Jane and Chris were missing. They had headed for the underpass(wise move). They met us in Follifoot only for us to lose Margaret and Liz as we dropped down to Spofforth. Paul left us as we waited but they failed to materialise. Despite failed phone calls we decided to push on and caught them at the end of Ox Close Lane. They had cut through Church Lane and got ahead of us. Quick progress through Cowthorpe and Tockwith didn’t stop the Medium brisk group passing us before Marston Moor. On to Askham Richard and an early coffee stop. The Grange is excellent value for money and it gave us the opportunity for ‘intelligent’ conversation. Once refreshed we headed for Bilborough where we encountered a brief period of drizzle. Enough for some to apply waterproofs which were removed by the time we got to Wighill a few miles later. Thorp Arch and the cycle path to Wetherby beckoned. Peter wanted a few more miles and departed for Walton. The rest of us carried on to Wetherby then cycle path back up to Ox Close Lane and Little Ribston. We rejoined our outward route back to the showground. Great ride great company and my thanks to Chris who acted as sweeper. Thanks all. 44 miles for me. Colin B 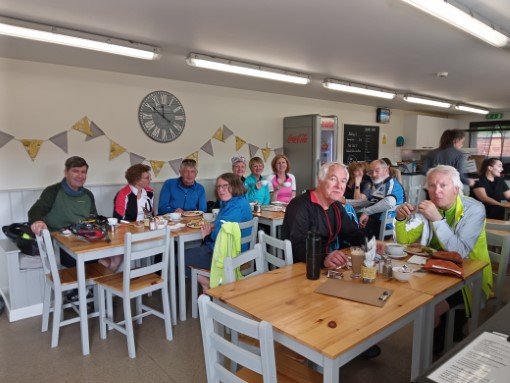 Route 270 out to Tadcaster today. Perhaps the best description of the day would be “windy”. Eleven left the showground, Chris B. split off early & 4 riders (Helen, Michelle, Janet & Zoë) had time constraints and did a shorter version. T1, T3, Richard, Andy, Mark & Julie ploughed on towards Taddie & stopped at the Roast Coffee Shop at Stutton – no. 43 on the website café register – and very good it was to. Rain as we left & this continued until Bramham & then dry for the remainder of the way home. 52.9 miles in total plus a couple of dropped chains. Tall Tim 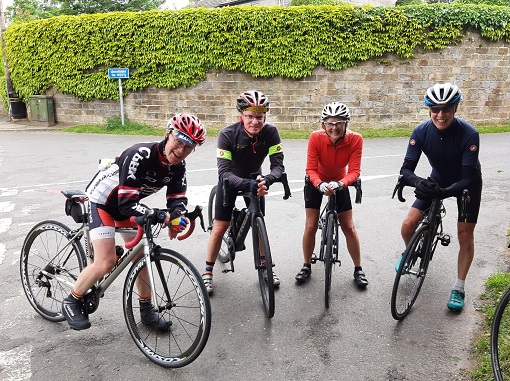