As this was my first time leading a short ride I planned a ride of 23 miles past Little Almscliffe, up Penny Pot Lane and back through Hampsthwaite. Eight of us set off from the squash club and we had a great ride. The weather was very kind to us – not a drop of rain although there was plenty of rain on the horizon. And the views were of Yorkshire at its finest.

When we got to the bottom of the dog leg off Norwood Lane, it didn’t take much persuasion from Brian to change the route. Everyone was happy to add a couple of miles so that we could go to Fewston Farm Shop for coffee and then through the listening station. The ridge road which passes Menwith Hill, took us on that glorious downhill into Hampsthwaite. We came back via Knox. My Garmin says we did 25.1 miles and we were home for a late lunch. Thank you all for a good morning out. Steve W 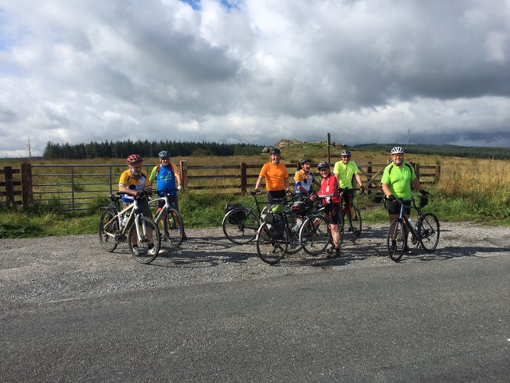 There weren’t many takers for the Medium Ride today, but with a late change to the forecast, the weather prospects looked good and so a select group left Hornbeam and collected Joe & Geraldine on the Greenway, Paul in Ripley and Colin on the way through Holly Bank!

As we progressed to Brimham the sun came out and layers were discarded and we encountered an iron man Triathlon on their cycling section – fortunately going the other way. Having dropped down to and climbed up from Fellbeck, Dallowgill Moor looked fantastic  with the heather laying down a purple carpet. With smell of coffee almost in noses we sped down through Grantley and opted for G & T’s at Risplith in preference to Grantley Hall, as non of us had a big enough overdraft!

After a short stop and some refreshment, Naveh who had been very patient with our somewhat sedate progress left to return home – hope you made it safely, Naveh – and the rest of us were persuaded to stop talking ebikes by Charlie and move on. The back road from Sawley was as good as ever and it was then back via Watergate and Ripley to disperse to our several destinations. A lovely ride in better than expected weather and with the usual good company. Not far off the advertised mileage of 34/35 miles and thanks to all who came. James G 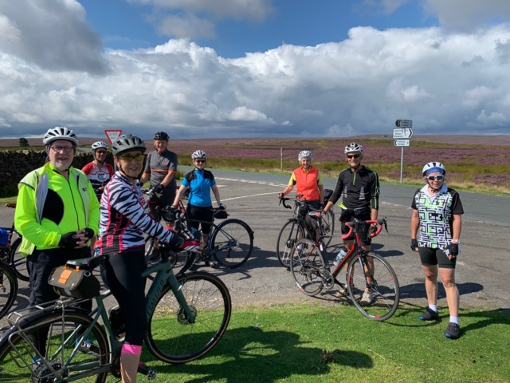 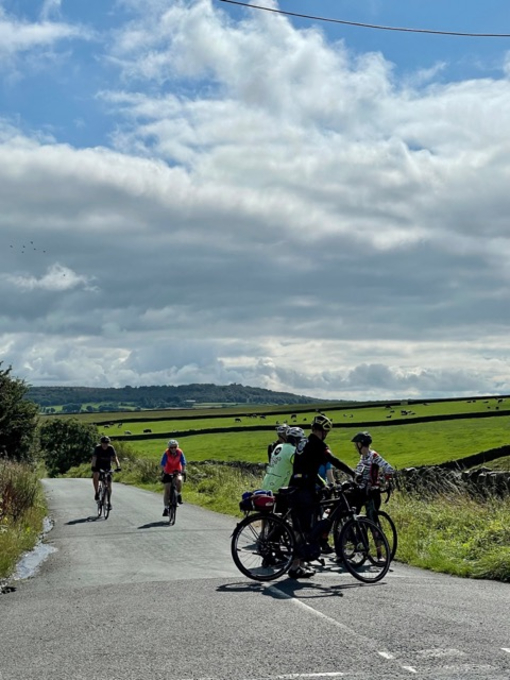 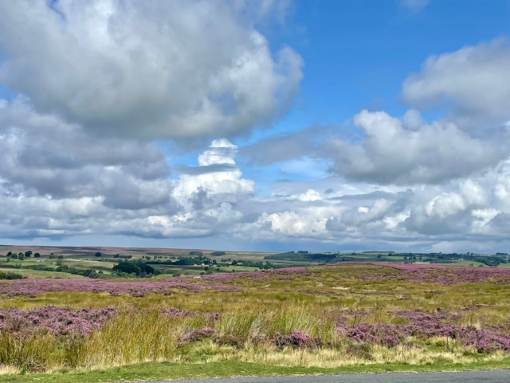 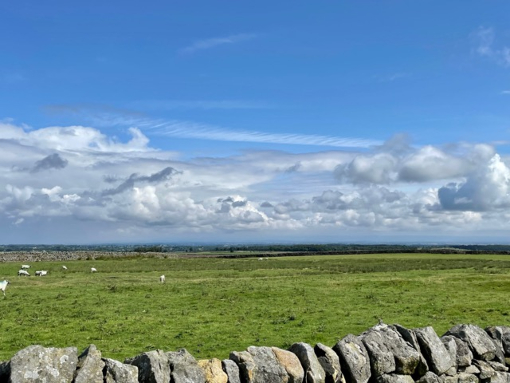 Luckily Zoë, Katharine, Janet, Pam, Tim R & Tall Tim had been through York & were all inside at The Grange at Askham Richard when the heaviest rain of the day was falling. And there must have been something in the coffee as the ride home after the café stop was at break neck speed. 57 miles. Tall Tim 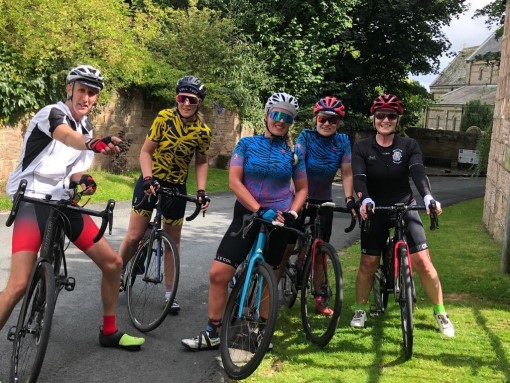 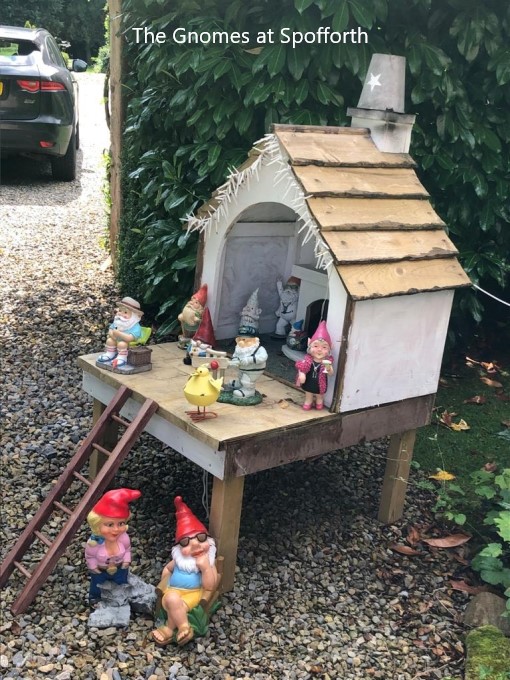