What a great route Chris had planned for us today along with the weather only for him to be thwarted by a mechanical issue which prevented him from riding. Thankfully Mike Wills stepped up to the plate and an enthusiastic bunch had to be split into three groups as we departed the showground. So of to Rudding and Follifoot. Getting across the bypass becomes more difficult by the day. Once across we were soon in Spofforth to be met by Nick who lives in Tockwith and normally rides with the York Wednesday Wheelers.

He asked if he could tag along and he soon settled into our usual ride chats. Down the Harland way but Tim thought he’d stick with tarmac and re-joined us as we went under the A1. Here we met up with Angela Jane and Duncan WE members who were doing their own thing to Beningborough. They stuck with us as far as Walton where they peeled of and we headed for Tadcaster. Swift progress to Bolton Percy (Doyles was open but too early for our ‘top up’). So onto Bilbrough and Askam Richard for our coffee stop. What great fare we were served. Promptly and efficiently. The size of those cake slices are to behold. I know at least three riders had to wrap up and carry the ‘excess’.

So carrying additional weight we pushed on to Long Marston. As with all WE rides you learn interesting facts from other members as we ride through places. Today was no exception thanks to Nick. While stopped to read the memorial plaque in Tockwith regarding the 1945 air crash he was able to elaborate about the PO master who was tragically killed along with the crew when the plane came down. Wrong place, wrong time. So onto Cowthorpe and Little Ribston where I departed for Knaresborough and the rest headed back to Spofforth and home. Thanks all. Fabulous ride and company. Thanks again to Mike W for leading. Hopefully Chris’s mechanical is now resolved. 42 miles for me. Colin B 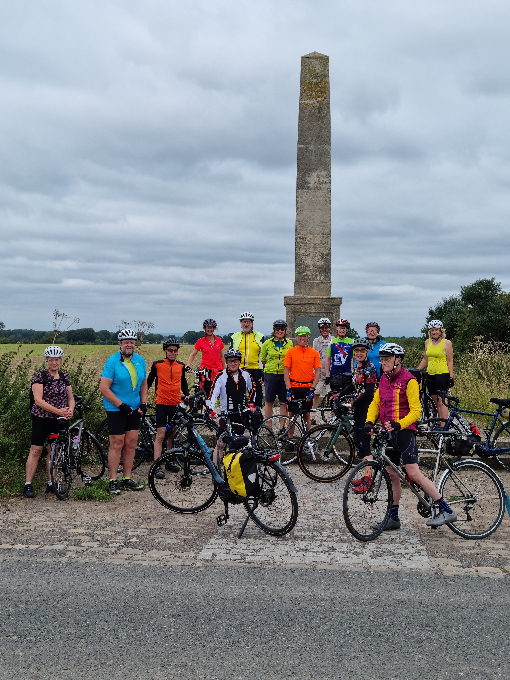 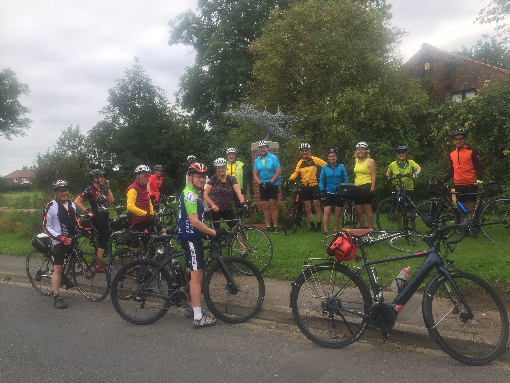 Tempted by Farl teacake,  sandwiches and good coffee at Stazione cafe in Ilkley and a sunny day, this was our destination today. James, Charlie, Yvonne, Monica and Gia enjoyed the ride to Ilkley via Fewston, Timble and Askwith. We arrived at the cafe in time to meet Malcolm who had ridden over earlier and collected a cargo bike from a community group in Ilkley to try out.

Excellent service, food and coffee at the cafe and a lovely run home in the sunshine via Otley, Farnley and Almscliffe Crag. It’s a while since we have been to Ilkley, well worth the ride. 40 miles. Gia M 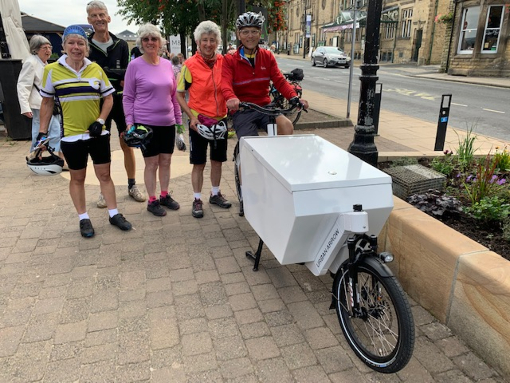 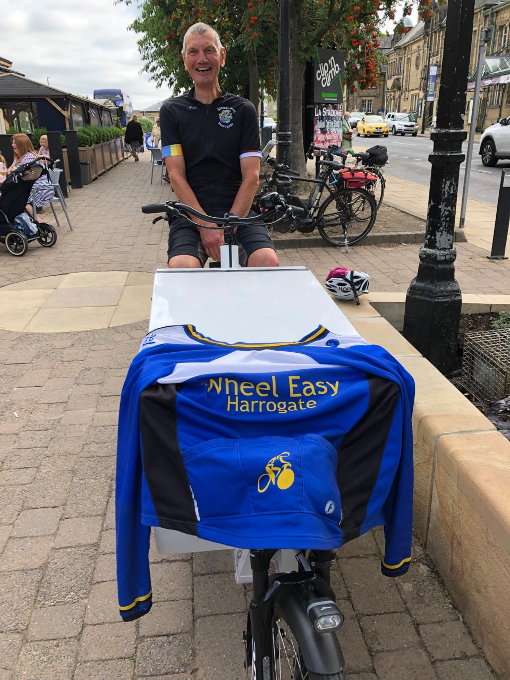