Five  ladies decided on an amble round south east Harrogate this breezy cool nearly mid-summer day.  Knaresborough, Farnham, Arkendale, left at the Bell Pub, Staveley, Copgrove, Mount Garrett s garden, Nidd, Ripley,coffee  and scones and home.  Psycho Sue had to rush back as she had a date with a Friend of Ham.   Monica left to cycle a few more miles.  Jean and Paula headed home down the Greenway and i went to feed Jane’s stray cat and some pheasants.  A pleasant ride with lots of chatting in near autumnal conditions.  23 miles. Caroline G 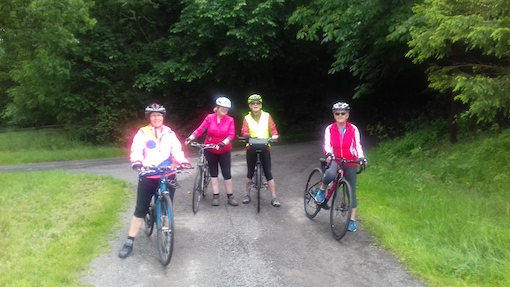 A mixed sort of weather forecast… not sure if it was going to rain or be sunny. Anyway, 12 started out at Hornbeam for Brimham via Little Almscliffe. No leader as such, but Marwood headed out the first group and I the second with Maris volunteering to be whipper-in. Off we went, reconvening at the Little Almscliffe carpark. Maris had stopped home for a heavier jacket, so that kept the rain away !

The groups sort of got jumbled up as we cut down Broom Bank and headed off over the A59. Down to Darley on Sheepcote Lane (nice to be going down rather than then usual up !), and a swoop down to the toll bridge. The groups widened out as we toiled up Stripe Lane with the reward of a cuppa at the kiddie-farm. Lots of ankle-biters having a birthday party, but not too much mayhem. Took a while to get us all served but a welcome break.

Then on to Brimham and a speed down past Warsill. The section along Fountains Abbey Rd was a bit of a push into an unusually strong headwind, but then another easy bit down to Ripley where the group started to scatter homewards. The weather was better than expected, with great views down from Brimham. A fine day out ! About 33 miles and 2000 feet. Bryan N 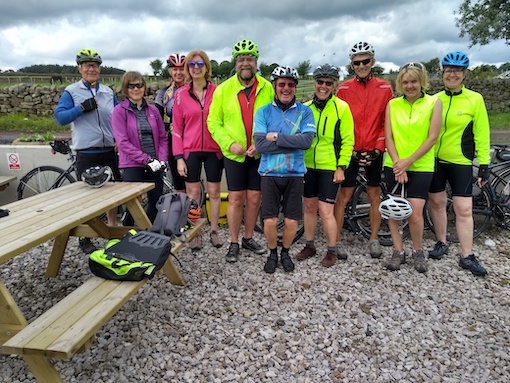 The fast boys and Julie set off at a pace on the prescribed route. After Galphay , Martin suggested an extra loop via Laverton, which also included an extra hill or two. The cafe stop was G&Ts at the top of another climb . At this point we had done 33 miles at just over 15 mph and Julie was regretting not having cycled for 4 weeks.

We bumped into Janet and Dennis who joined us for the return ride through Sawley and yet another killer hill. The boys then  decided to divert via Shaw Mills and Hampsthwaite . 47 miles.  2700 feet ascent.Good training for next weeks White Rose  Sportive!!! Julie E

It seemed more like an Autumnal morning as our group of nine set off from Hornbeam, but it was a good incentive to pedal quickly and keep warm. Martin W joined us at Low Bridge and the sun made a welcome appearance when Paul T met us at Farnham.

Certain people were already thinking about coffee as the designated stop at Risplith seemed a long time away. Olivers Pantry in Ripon was agreed upon – always a good choice – and we made good progress via Minskip, Boroughbridge and Skelton-on-Ure. A heavy shower descended just as we were locking up our bikes in the cafe garden – the decision to stop early was justified!

Suitably refreshed we started to climb a few hills as we passed through Galphay and Grantley, but it was lovely to feel the warmth of the sun. Energy levels were still good at Risplith so no further stop was voted on. The climb up Sawley bank felt a bit tough, but soon forgotten as we cycled along flatter roads and downhill towards Ripley. At the end of the Greenway we went our separate ways having all agreed the route had been very pleasant and varied. 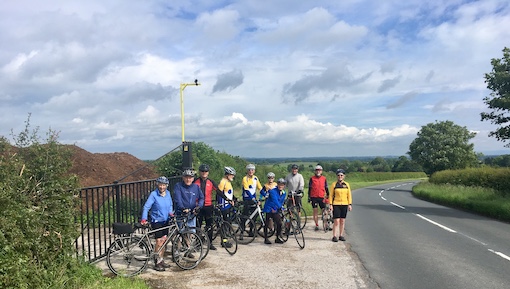 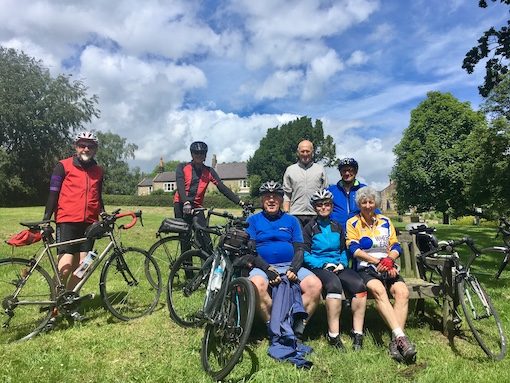 Jill kindly agreed to lead the long ride today. Twelve riders departed quickly but due to speeding ambulances and level crossing closures at Starbeck, it wasn’t until Masham that the full group was back together.

Johnny Baghdads was busy but we all found tables either inside or out. A group of five left to take a route via Snape, Ripon, Fountains Abbey and Ripley arriving back in Harrogate just after three o’clock. Jill guided the other group and I would think that they arrived home not much later. Although showers were forecast we managed to avoid them. Thanks to everyone for making it a great ride. Glyn F 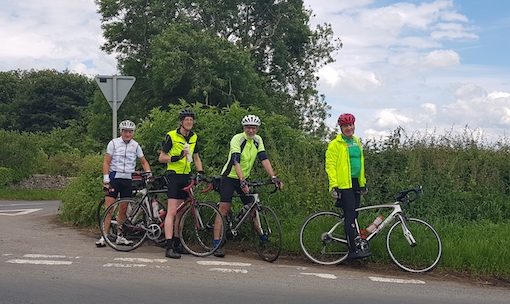 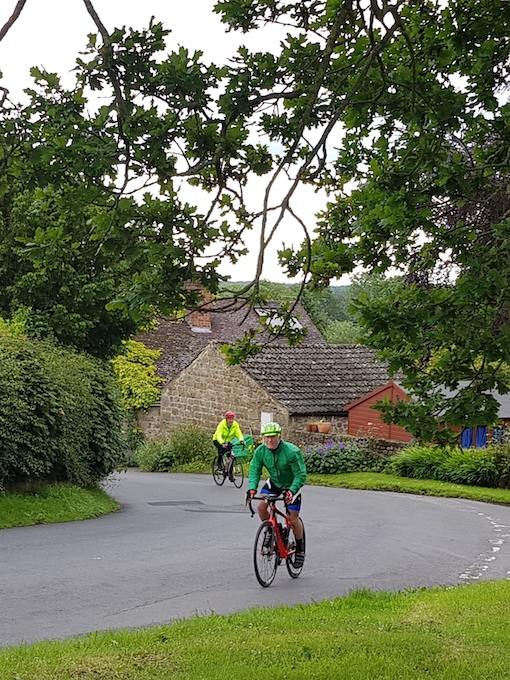