Route 118 was the calendar ride. Surprisingly not many takers wonder why? Met at Hornbeam 09.00 to find only Chris B was there, 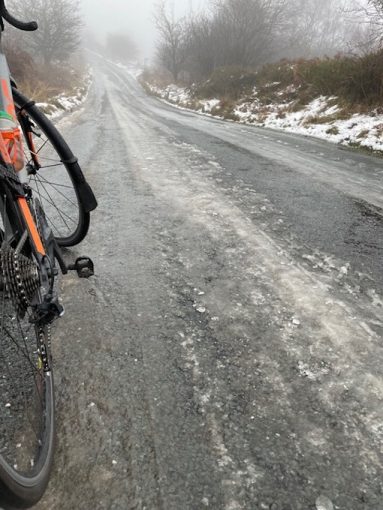 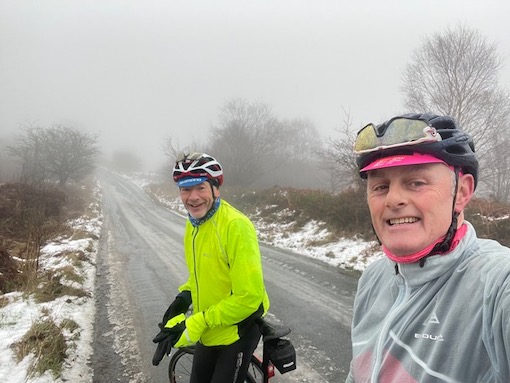 After a brief discussion about route changes and the wet weather, we decided to set off on 118 route. Damp start out to Knox then onto Hampthwaite
where again we spoke about shorter route. Rain stopped at Birstwith so we plodded on to Hartwith Toll then up Stripe Lane where the cloud was low
and visibility was poor. This was where we encountered Ice on the road surface and slushy snow, plenty of tarmac to we continued. Left turn towards
Brimham then bit more slush and ice before the turn to the Rocks. First section towards the entrance of Brimham was passable with care, then we hit full ice across road and had to walk for half a mile in the road edge. We were still in a positive mood but getting cold and wet, we were able to ride the rest of the road but we both could not clip in our pedals as while walking ice had formed on soles. We had a quick comfort break where surprisingly this got ride of the ice(leave that to your imagination). It was then decided that we should get back via the quickest route as the weather was v poor and we were cold at this point. So it was decided to go direct to Ripon on the main road, in Ripon we decided no coffee just get home so A61 was the route. Large puddles in the edges and my feet squelching with water inside my winter boots, the spreed was increased to get the warmth back.
Ripley then along the Greenway was the return.
As Mr B says winter miles summer smiles.  35miles 2,536ft climbing 12.2mph average.   Grant 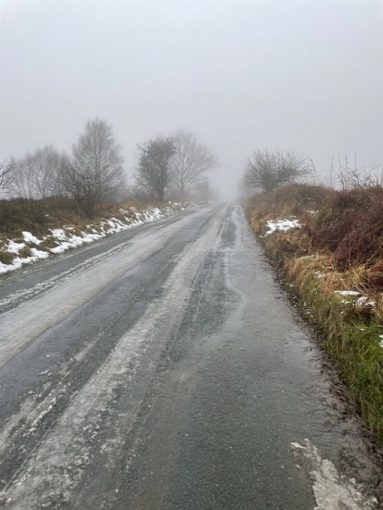 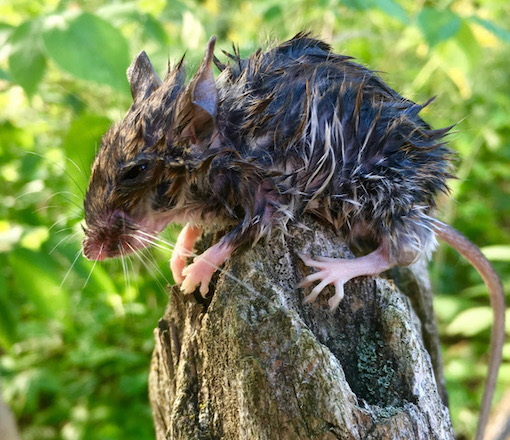