Jill’s Hills is a legendary ride on the Wheel Easy calendar especially midweek when there is much less traffic on the roads. The ride was named after Jill who led us on this route many years ago reassuring us that there was only one more hill! It is a spectacular route with long climbs up past a school, through a village and through winding wooded roads until the climb up on to the moors and the views. We were met by a group of languishing sheep who were disturbed by a lorry who was on a mission. We paused at the highest point to reflect about our dear friend and Wheel Easy member who gave so much to the club and to so many of her friends who were there today to share the moment.
On to Ilkley where La Statzione have increased their outdoor space by taking over the next door premises and we enjoyed the usual excellent service with one or two mistaken orders and bites out of sandwiches.
The route back was spoilt for a short while by some rain but mostly we had a perfect day for a great Wheel Easy day out and thank you to everyone who joined the ride today. 48 miles. Gia 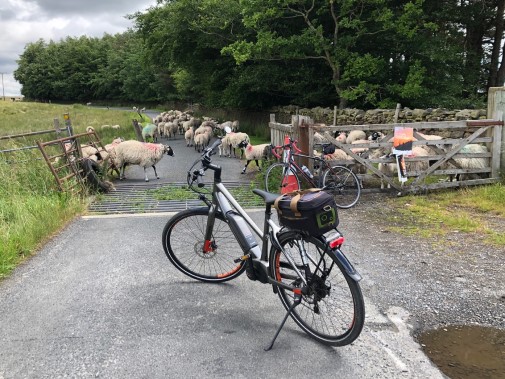 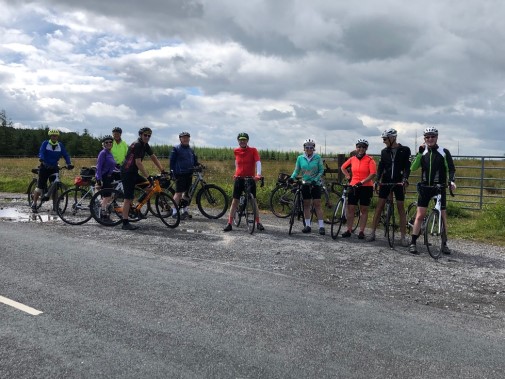 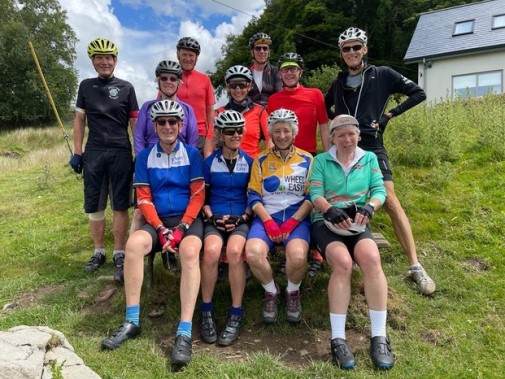 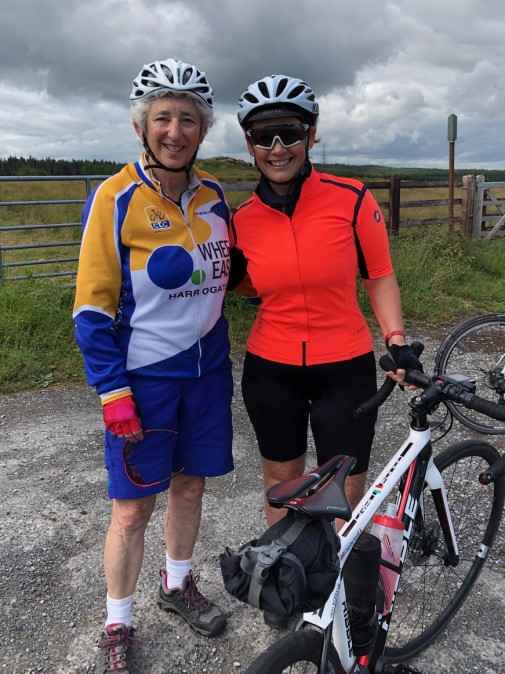 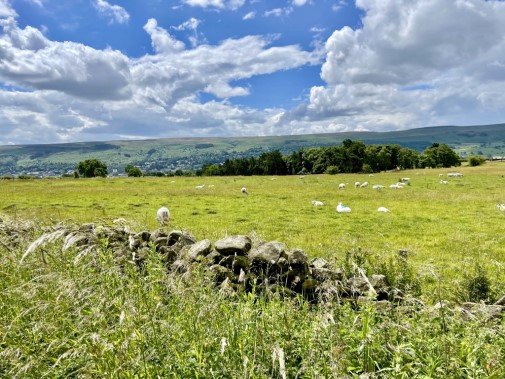 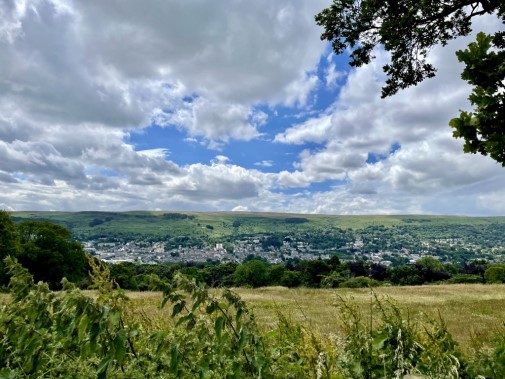 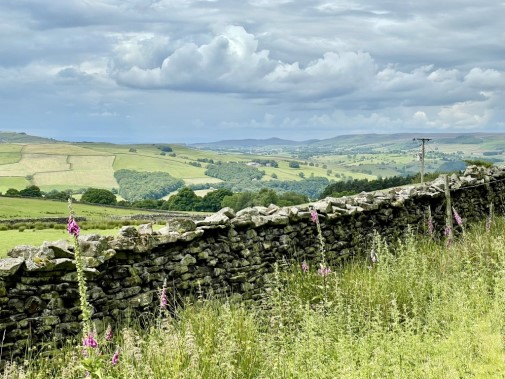 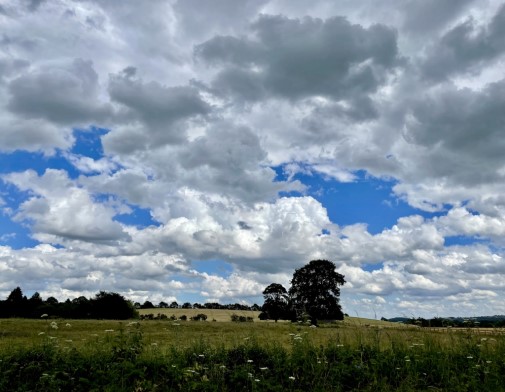 Twelve takers for the Wanderers ride this morning. It was good to see the return of Liz and both Karens along with regulars Nicki, Margaret, Mike C, John and David. We set off for Ripley under threating grey skies but soon warmed up on the Scarah Bank climb. Then it was on to Fountains were David R, Stuart and John R decided to head through the deer park and home.
We zoomed on to Aldfield when a group decision was made to continue on prescribed route, rather than extend ride. Unfortunately Karen punctured near Ings Bridge but Mike and John soon had her sorted. Some in our group were grateful for the extended rest after climbing up to Winksley.
Then it was onto Galphay and down the lovely descent  to Tate’s enjoying the extensive views over the Vale of York. Tate’s proved to be a popular choice for coffee. The cake proportions were so large that one of our group had to leave some. Surely a first for Wheeleasy.
We had a swift return through the Mountgarret Estate before everyone separated along the Greenway.
Lovely ride on roads that were new to some and the sun shone almost all the way round.
Keith. 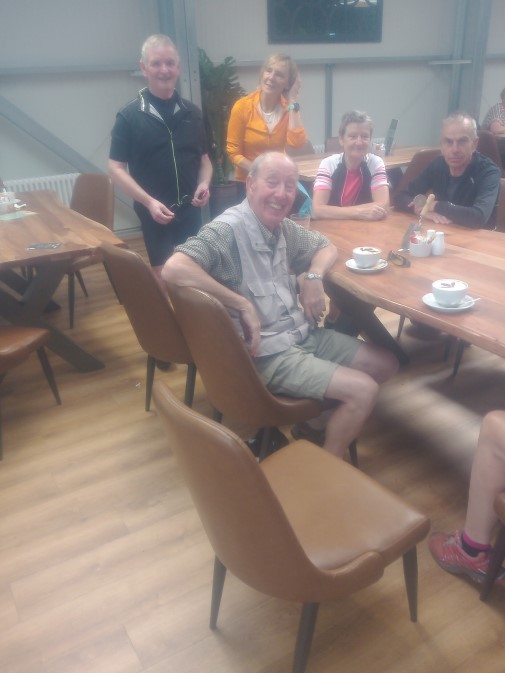 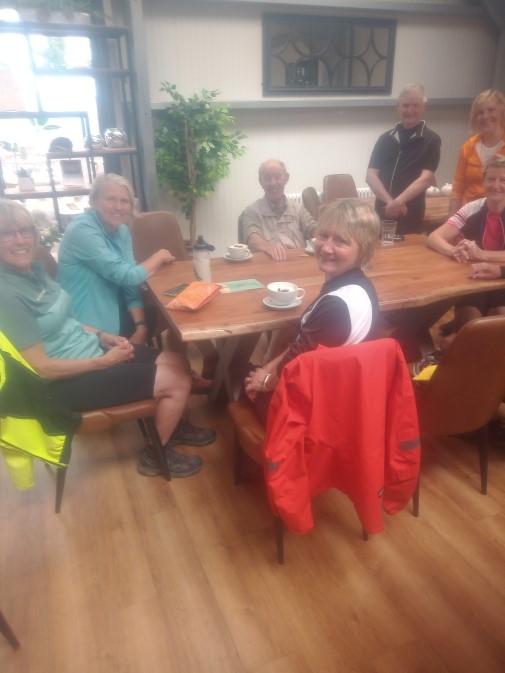 Route 266 out to Great Ouseburn, Tockwith & Bolton Percy today. Only 3 riders & they set off at a pace that was undiminished until the route turned south into the wind. Askham Richard for lunch; sat outside in the coolish weather but it soon turned warmer as the trio headed back via Wetherby & Kirkby Overblow. Much of the work on the front was completed by Mark O. And congratulations to T1 for not using his small chain ring all ride. 56 miles at over 16 m.p.h. – good practice for the Challenge rides this weekend. Tall Tim 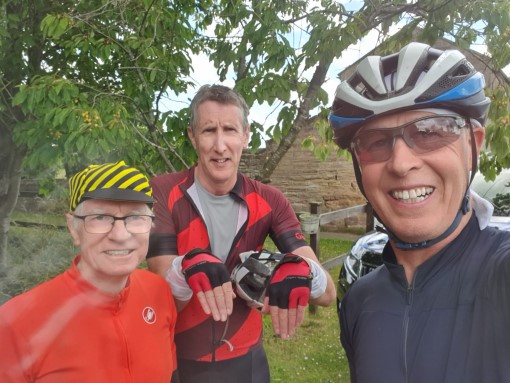