The Magnificent Seven (well, 6 plus me) set out from the Showground on a glorious, if slightly chilly day. We were headed for a less frequented Short Ride route via Goldsborough and Coneythorpe. The sun shone, and it was beautiful – blue skies, fields of yellow and lots of blossom, only disturbed by the odd shout of “Car back” and a brief 200m of busy traffic as we crossed the York road. All went well and we were soon dropping into Knaresborough for coffee at the Black Mulberry – ask for the special cyclists’ menu. Then it was just a case of up the Beryl Burton cycleway and home. A grand short ride. Vince G 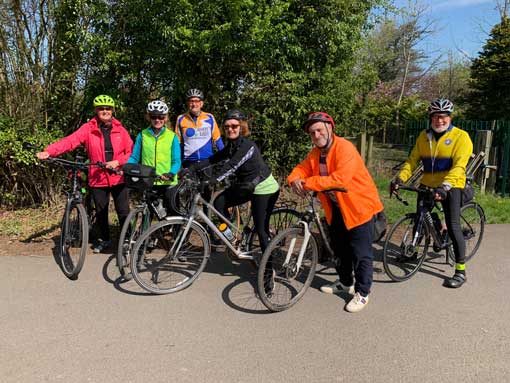 There were only four takers for a trip to Roundhay today, Sarah (Swannick), Kevin, Tim (Richards) and myself although we did collect Sarah (Ratcliffe) on the way by prior arrangement. A cool start but the day warmed as we headed through Kirby Overblow, Harewood Bridge and up Weardley Bank, with not a lot to choose between those with power assist (Kevin and I) and Sarah and Tim without.

Eccup was a stop for a photo and having crossed the A61 we met with Sarah R and headed through Slaid Hill to the cafe in the Park. Although busy we managed to secure an outside table in the sun and enjoyed the view over the Lake and good conversation with prompt service for food and drinks. Sarah R then left to return home as we headed back up Slaid Hill and through East Keswick into Linton where the road was closed but for such a short distance ( no more than 10 metres) getting through was no problem.

Sarah S left us at this point to return through Kirby Overblow whilst Kevin and Tim saw me safely to Little Ribston where they turned for Spofforth and home and I headed straight to Knaresborough. A lovely spring day on  route I have not done for a while, in good company and covering about 40 miles.  James G 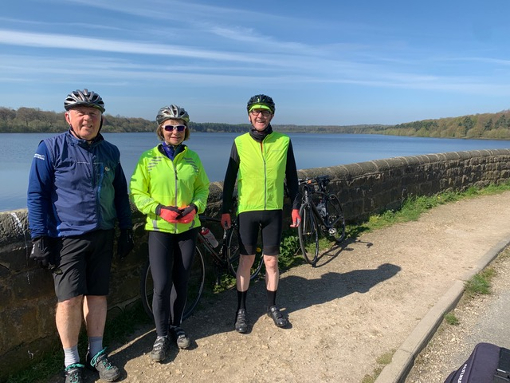 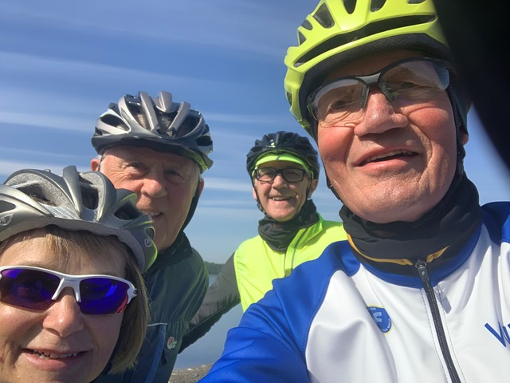 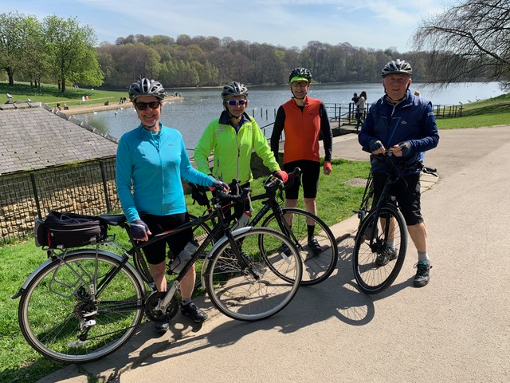 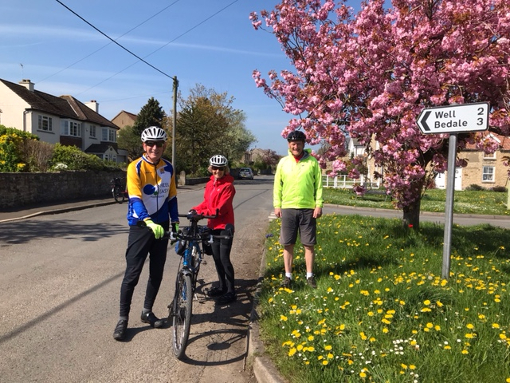 Well that was an adventure! I think it needs to be renamed “the mechanicals ride”.

We chose a perfect day to repeat Mike Clark’s ride of March 16 when they had superb weather. We came pretty close. Of the eight riders who set out from Gargrave, three had done it before. That included Mike Clark who wanted to do it again.

We had gone just two miles when Peter N’s mudguard became a problem. He wanted us to carry on without him but we voted to stay and remove the offending item. That set us back time-wise so we didn’t get to Feizor for lunch until 1.00. Along the way we had various chains come off which meant we didn’t have time to visit the Hoffman Lime Kiln near Settle (we’d seen the pictures anyway – seen one hole, seen them all!). We did find time to visit Scaleber Force waterfall. When we got to Feizor Mike announced that his gear cable had broken and he would cycle alone in the afternoon.

Otherwise we had a delightful day out – great weather, great company and fabulous views. I’d forgotten how spectacular the Settle area is. Once Mike left, we relied on various navigational devices. Note to myself and other ride leaders – there can be a problem when transferring a GPX from one device to another. It turned out that the route on my Garmin did not follow the route exactly but we got back to Gargrave safely.

Many thanks to Mike for planning it and for everyone who joined us. Steve W 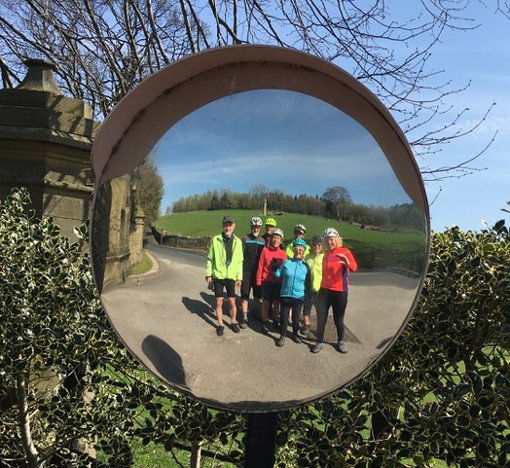 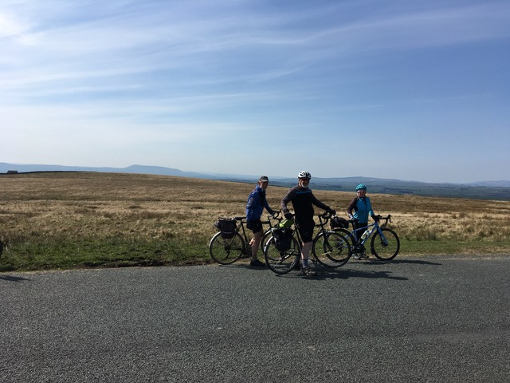 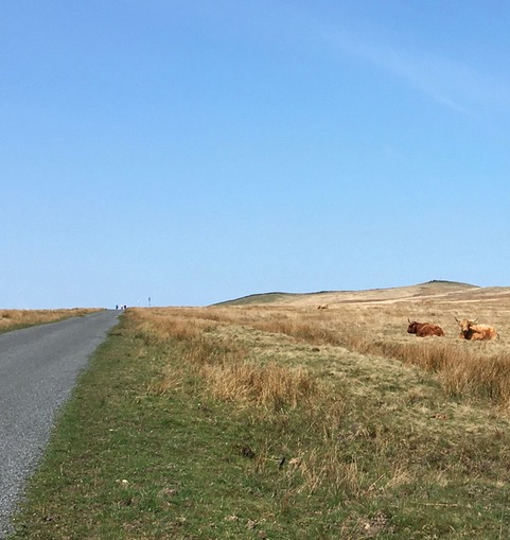