Five brave souls keeping calm and carrying on cycling with at least 2 metres between each of us?!
No cafe stop though. 25 miles.  Joe and Geraldine 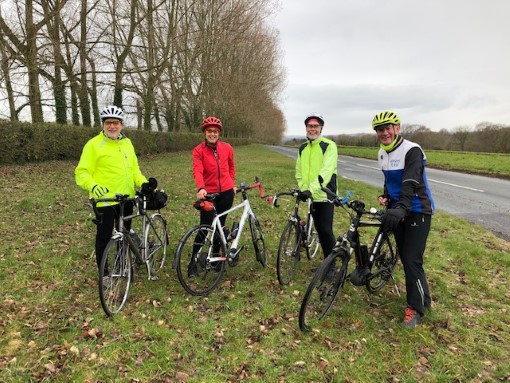 It was a dull day weather-wise, but what would it be like for company?
It started with a greeting to Liz Pugh on Beckwith Road, then down to Low Bridge to greet two more cyclists, then it was EG`s who arrived comprising Chris, Dave Peatfield, Dave Preston, Dave Watson and Norman and we headed for Boroughbridge, at Farnham Chris and Dave P1 headed for Breaton on the way meeting another Wheel-Easy group comprising, Joe, Geraldine, James and others, DP1 headed for Nidd and Chris for home.
The Castle Cafe in Ripley was totally empty and DP1 settled down to Coffee and Toasted teacake only to be joined by Bridget who recognized his bike parked outside, before we left it had filled up a bit.
We live in interesting times and conversation might start off with a virus and toilet roll, however during the war years American service men were often greeted with the quip “got any gum Chum”, perhaps today it might be “got any Loo Roll Luvvy”, and before we know where we are we might be back to sponges on sticks and a fast flowing stream nearby, just like the old Romans.
More Wheel-Easy riders were met on our way back including Caroline at pace but not on e-bike, finally a chat with Peter sat on a bench with walking stick and pulled muscle in back.  It was an excellent day and some ways two fingers were given to doom and gloom. Dave P.

The best laid plans o’ mice and men gang aft agley…and so with today’s Awayday.  But those of us brought up with Blue Peter (which wasn’t blue, it was black and white) know well the saying, ‘here’s one I made earlier’.

A rare, bright and icy January day beckoned me out from Gargrave.  With studded tyres I was accompanied by a gentle sizzling – some say like Rice Krispies, others frying eggs.  So, a full English, a new take on an all-day breakfast.  But they really do stick you to the icy roads.  Quiet lanes, with one brief main road zoom, over to Wigglesworth, then deserted lanes through Sheepwash and Wham took me to Elaine’s tea rooms in Feizor.  Don’t these places have wonderful names?  Straight out of (or strictly, straight into) Middle Earth – Tolkien spent time nearby at Stonyhurst.

The Hobbits knew how to eat well and I promise you the tradition is exceeded at Elaine’s.  I left with the remains of the best bacon and egg bap ever still decorating my chin, and at exactly half the price of the same in Boroughbridge a week later!  A quick trip down the old main road into Settle, and then it was time for the climb out towards Airton.  The battery (oh, sorry, didn’t I mention that earlier?) was still almost full so I let her go.  And go she did.  I was up there like a rat up a pipe.  That’s a conversion of my old bike by Corcoach in Harrogate.  Made a brilliant winter bike.

And from there it was downhill all the way.  Freewheeling through Airton to Winterburn, Eshton and back down the canal to the Anchor.  You should try it sometime!  Stay healthy.  Mike 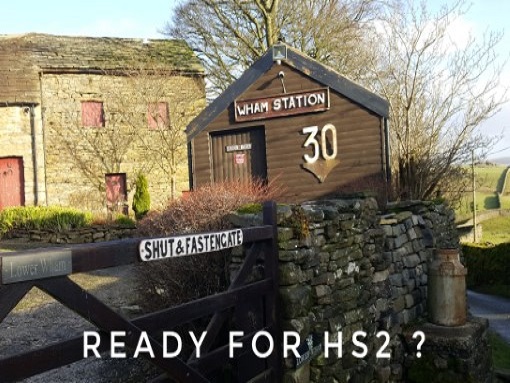 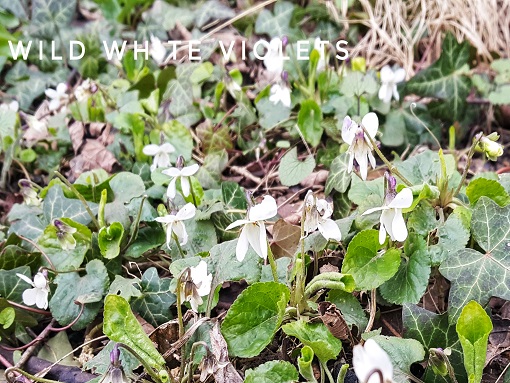 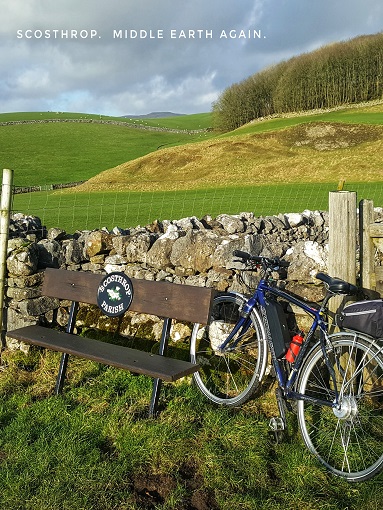 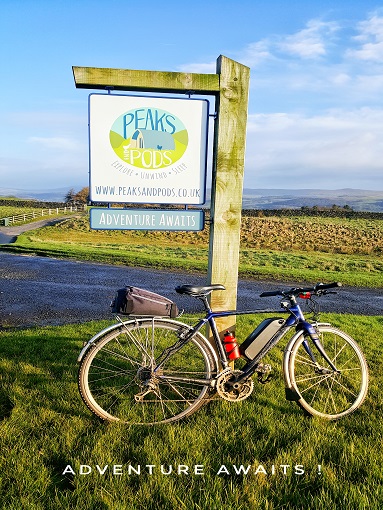