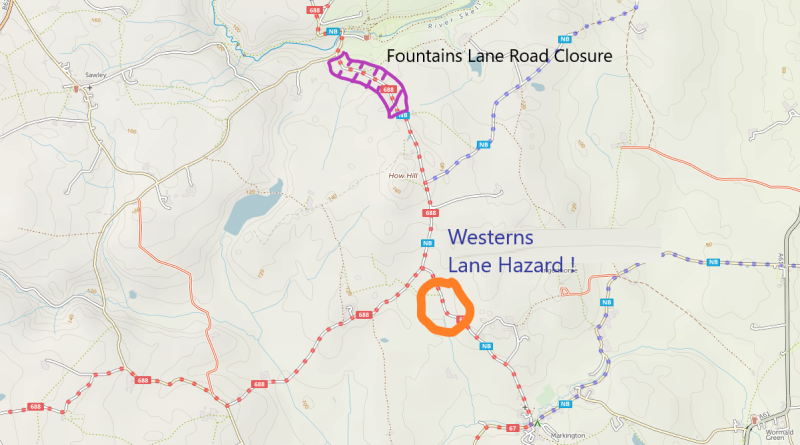 Update : Fountains Lane is open, but there was still water over Westerns Lane at the end of April (yes after the dry spell).
See the photos on our Facebook page on 24th April – just follow the link from the homepage.

Also however a warning about Westerns Lane, as advised by Mike Walsh…

“I am just writing to let you know of an accident this afternoon to a club member, Justin Locke, and to warn members of a road hazard.
Justin suffered head injuries and was unconscious for some time. An air ambulance and police attended. After a CT scan in Harrogate, he has been referred to a hospital in Leeds. I think he will be ok.
Three of us were cycling north from Markington on Western’s Lane, heading for How Hill Road and on towards Fountains Abbey. Shortly before reaching How Hill Lane, there is a pond on the LHS (west) which is overflowing across the road. It looks innocuous but it has obviously been happening for some time and the road surface under the water is covered in algae which is extremely slippy and was the cause of Justin’s crash. The grid ref is E427890 N465973.”

Many thanks to Liz for this notification. 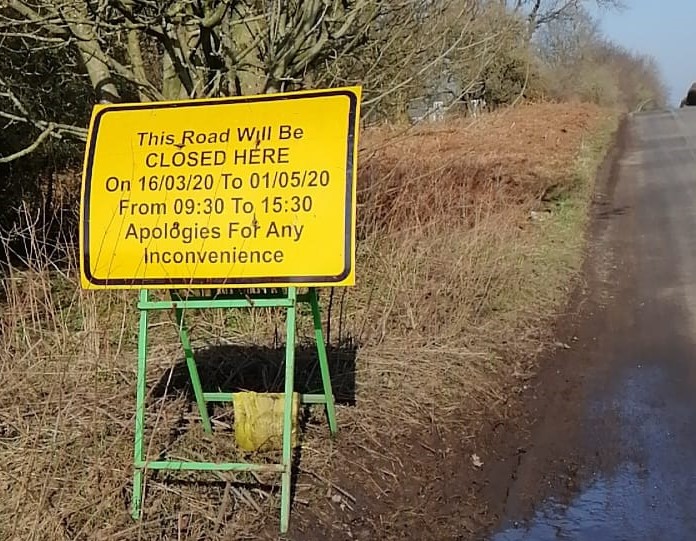 Fountains Lane, which is the road leading South East from below Fountains Abbey, leading onto Watergate Road and a very common method of getting back towards Ripley is going to be closed for some time.
You can check road closure information on this site: https://www.northyorks.gov.uk/roadworks-map

Particularly ride leaders please note. The main alternative route back – Hebden Bank, is a testing climb, so you may want to reconsider routes using this area. The road to Hebden Bank is also going to close after the Fountains Lane one completes – probably not as much of a problem but still worth noting.

The section of road marked below will not be usable – the alternative climb mentioned is circled; it gets the heart rate up! 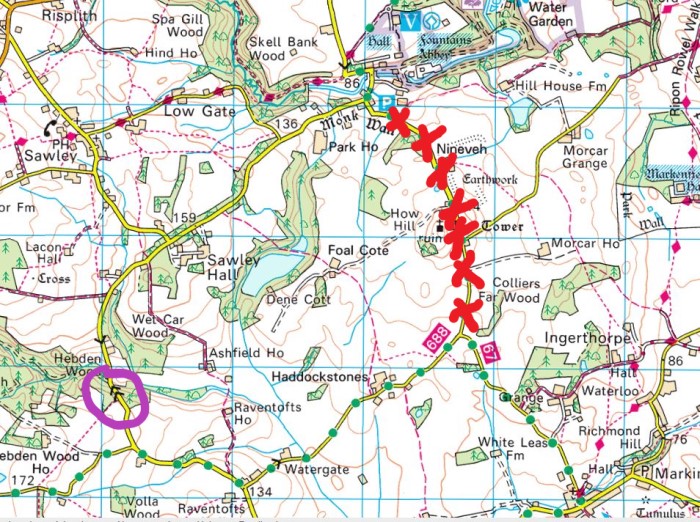