Due to the post school holiday( staycation?) rush away a smaller number of riders arrived at the car park at Slaidburn for the ride around the delights of the Trough of Bowland.

However, they were blessed with the now legendary awayday weather-sunny,warm and no chance of rain!

The cafe had opened early and so a coffee rush and a lazy start was had by the 13 riders who set off to tackle the route.

Its hilly from the off( some would say all the way round!) but straight away there are quiet roads and magnificent scenery and it was certainly worth the effort of the early climbing.

We made our way to Chipping and Bleasdale heading for Beacon Fell Country Park and a well earned lunch. Terry Smith had joined us having made part of the journey on the train.

The cafe had just reopened but the food was good and service was fast and so we enjoyed sitting outside with good views. A few tried to see if they could see Blackpool Tower -but that was a treat to come!

The second half of the ride is magnificent. A superb ride on moorland roads and great views to the coast( and a sighting of Blackpool Tower, Morecambe Bay and Heysham Nuclear Power station) which led to frequent stops for photographs and then a flattish ride along the beautiful river valley before the climb over to

Dunsop Bridge. It certainly made for a great day ride.

The brisker group stopped at Dunsop Bridge for tea and cakes but the majority pushed on and made it back to Slaidburn and ice cream or tea and cake.

Everyone had worked hard but it had been worthwhile.Special mention to Liz F, Steve and Monica who made it round e-unassisted (and the brisker group of course!)

This is a great route that is an Awayday classic( thanks to Keith and Helen Tate for devising it) and was the better for repeating.

Thanks to Eric Waters for organising and leading the ride and to Steve Wright for manfully sticking to marshalling the steady group who spent a lot of time admiring views!

Thanks also to everyone who turned out – a great day in great company!      Kevin 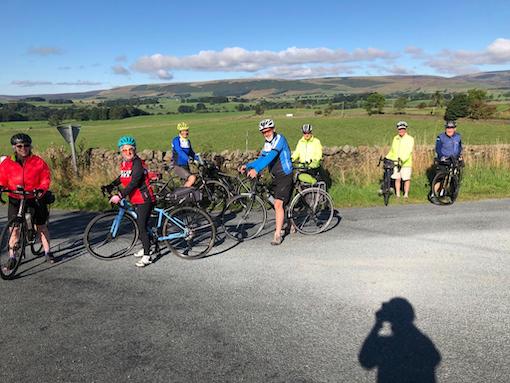 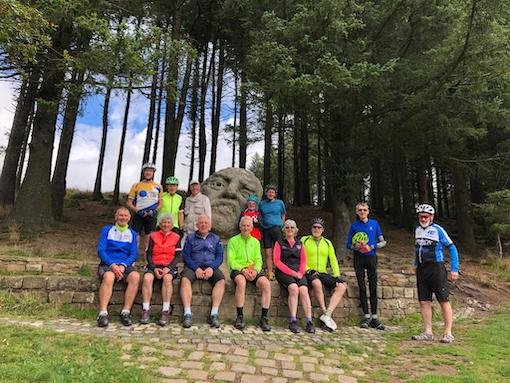 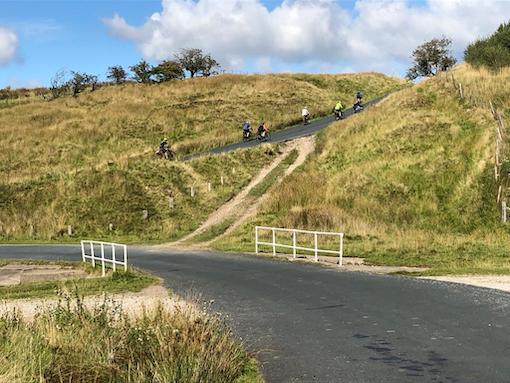 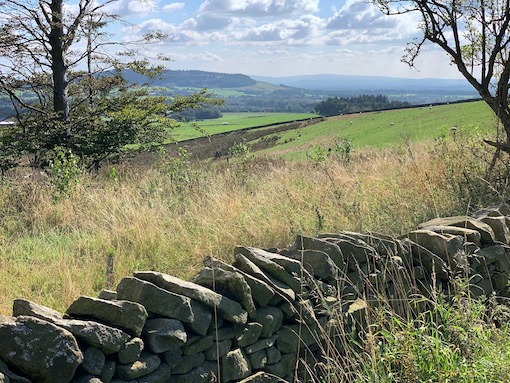 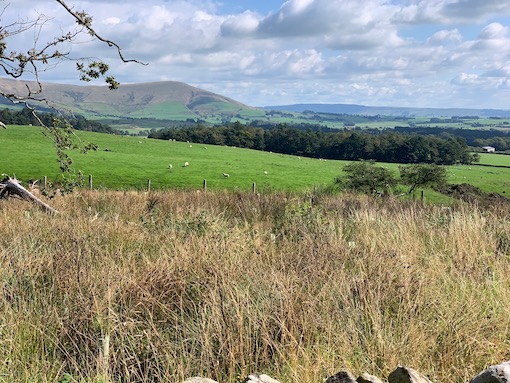 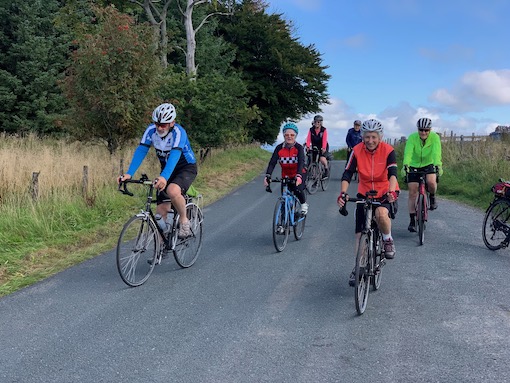 Chris rocked up and said he was off to Castle Howard; might as well have said the dark side of the Moon.

Geoff arrived still smarting from his investigation of the grass verge last week, but manfully offered to ride to Boroughbridge with us, which we did.

Splendid toasted current teacakes at the Courtyard Cafe, then after about an hour’s sojurn in the pleasant sunshine, four of us ventured off to outer Easingwold, at speed.

Good ride. Good stop at the Olive Branch (or is it Tree?). Evidence Marvin’s lunch.

Thanks to Geoff, Johnny, Marvin, and Colin for yet another excellent day out. To paraphrase Mr. Mole: There’s nothing I’d rather be doing than messing, simply messing about on my bike with my mates. 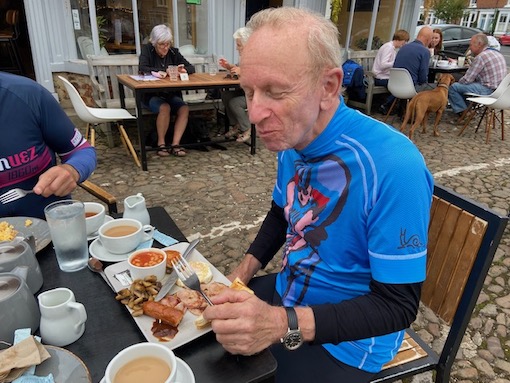 Holidays and Away Days meant just 9 Wanderers assembled today. I varied the route from the suggested one so that we could enjoy a tour of Kettlesing before passing through Darley on our way to Thornthwaite..  Yvonne agreed to lead a group of 4 faster riders. The rest of us set off at a more sedate pace. Unfortunately, we caught up with Yvonne’s group far sooner than expected. There they were on Harlow Moor Road dealing with a puncture on Karen’s bike. We agreed to meet at the Farmshop cafe. It was a beautiful ride through Kettlesing and up to the Menwith ridge. Dennis turned for home here, while the rest of us enjoyed the descent to Darley with wonderful views towards Upper Nidderdale. Just as we were reaching the top of the long climb up from Thornthwaite, Yvonne and her group caught us up. They’d taken a slightly different route through Hampsthwaite. The faster group sped off.  As we were coming up from Meagill Lane, there they were- the Farmshop was closed! [A good idea to ring the cafe in advance!] The best alternative was the Sun Inn. They were very welcoming and served us tea or coffee which we were able to enjoy outside in warm sunshine. The consensus was that the number of hills made up for the slightly shorter distance. Certainly, there were plenty of ‘ups’- with Little Almscliffe the final one. A lovely ride with lots of chatting. Thanks to all.   AlisonN

There was a reduced turnout at the Showground due to the awayday, and Peter did a grand job with the announcements (his first time – more volunteers welcome!). The Wanderers headed off and our gang of 8 did the same, although we immediately lost one as Chris went off to commune with the EGs before rejoining at Sandy Bank. We wound our way easterly without incident in improving weather and enjoyed the long run up through Castle Howard before turning back west to stop at Yorkshire Lavender in Terrington for refreshments. The offering was somewhat below the normal standard, as they have yet to return to pre-Covid arrangements, but it was fine. It was lumpy after the stop before the flat run from Easingwold, but all in all a great day out. Thanks everyone!  Vince 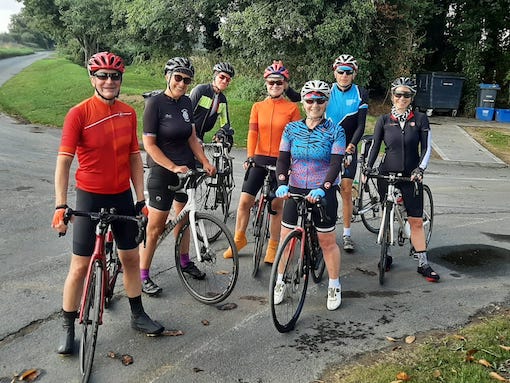