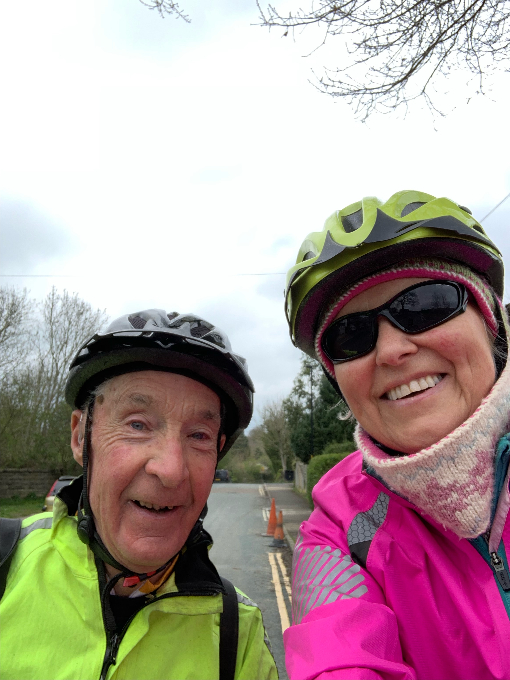 On a cold April morning only six riders for my Wanderers ride to Otley, with me that made the Magnificent Seven, Two Steve’s, David, Margaret, Nicci and Colin who became the joint leader out of Harrogate. Along the Leeds Road to turn down towards Beckwithshaw the traffic was horrendous but valiantly we cycled on and soon reached Little Almscliff Crag.

After brief discussion to make sure I knew where we were going, at the lane end, I confused everyone to turn left instead of right, but Colin soon sorted me out. Past Fewston up to Timble and turned left across the moor with lovely views and then turned down to Low Snowden. Mike the vet and daughter Anna was coming towards us, they had waited in Askwith but decided to come and find us knowing what I was like for changing directions. Now nine we ascended Snowden; did I take a wrong turn and end up in Wales or just deja vu!?

A lovely swoop down to Askwith, on to Otley, up to Farnley and down to Leathley farm shop. David departed for home as he wanted to be back before dark.  Due to being full inside the café, we had to sit outside and it was quite cool. Talking of Margaret’s fantastic recent trip to the Galapagos Island and seeing Blue Footed Boobies, it was a good name for us, as we were all nearly blue with the cold. After some hot food and drinks, we slightly warmed up and set off to find some hills to get us heated again. Along to Castley, Weeton. Anna and Mike left us as they were heading back to Ilkley via Wearley Bank. Now down to six we cycled back to  Rudding Park and back to the showground. 36 up and down miles, not quite 40 miles but it was from my home in Bilton. Liz F 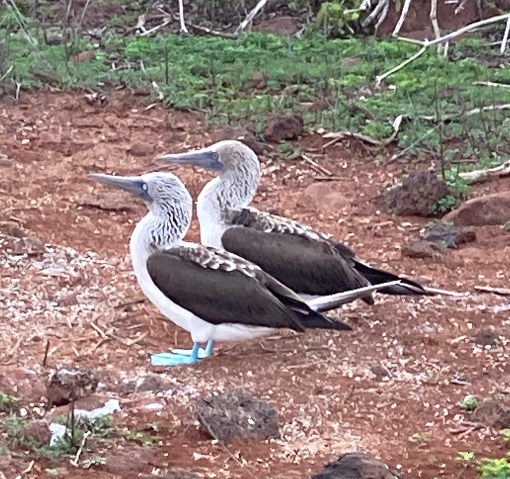 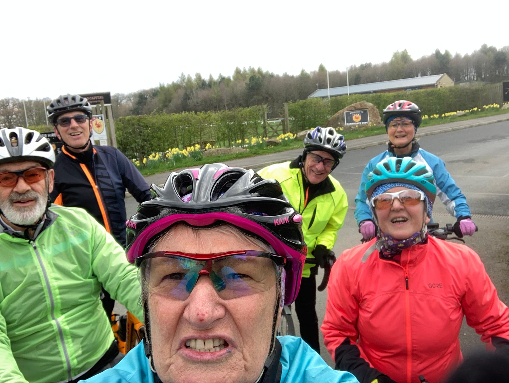 The Wednesday Ride to Tadcaster today attracted 14 starters and although the suggestion of splitting into those who would go all the way and those that would not didn’t work very well it did at least provide some amusement. In the end we set off in two groups with the intention of regrouping at Wetherby which we duly did with Mark, Joe, Geraldine, Mike, Martin and John heading for the town centre and beyond and the rest of us heading through Linton and Collingham to meet Sarah at the top of Jewitt Lane bang on the appointed hour.

The objective was the Roast Coffee Shop in Stutton which we achieved despite one missed turn at Stutton that enabled us to see the village before turning round back onto the route. The cafe was extremely welcoming and efficient, despite my attempts to demolish everything within reach, and achieved three stars for the contents of the bacon and sausage sandwiches and the large scones which were still warm. Over coffee and food we became an informal focus group on the ideas for the new club kit and as with all these things came away with as many suggestions as there were participants. The return leg was through Tadcaster, Wighill, Walton and Wetherby where we said goodbye to Sarah and then Little Ribston where I departed for Knaresborough and the rest headed home through Spofforth and Follifoot. Lovely group today, thanks to all who came and a good ride of 42/3 miles being slightly less than the advertised price.  Photos courtesy of Collette.  James G 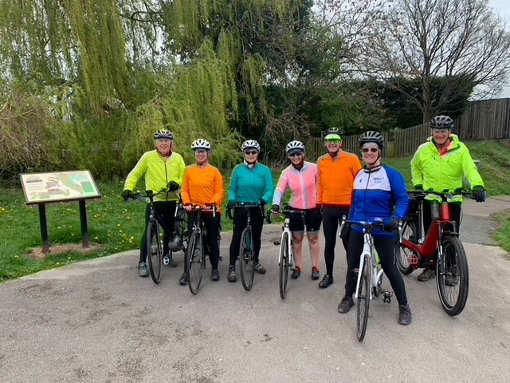 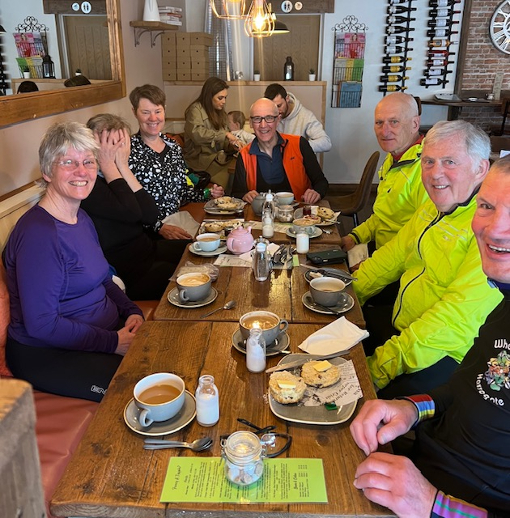 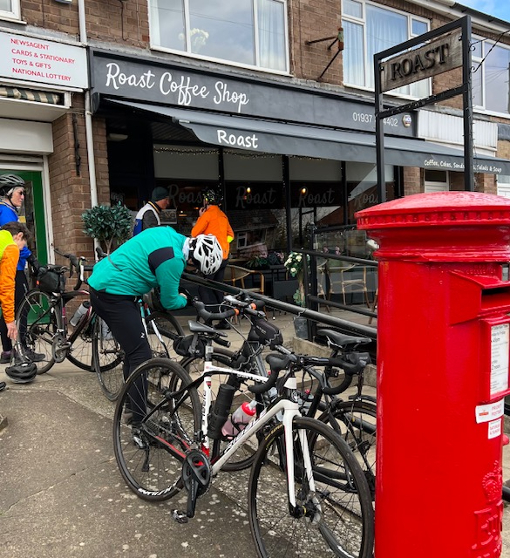