A bit mizzly at Hornbeam, but a good turnout, again with James marshalling hard. Two groups formed, ours being Sur John, John on the very impressive copper coloured Ribble, Kate, Dave (refugee from Medium Plus), Paul the postman and myself.

We got away first, but got caught by the second group at Copgrove. By this time we were missing Paul who was last seen heading towards Staveley. Sur John left us at Bishop Monkton for Ripon, so the four of us pressed on for Roecliffe and Boroughbridge. We arrived just behind the “second” group who were queuing up at Plenty.

To avoid the rush, we went on to the little courtyard cafe, which was packed with cycling exotica. Dave headed for Ripon at speed. We were three ! Paul turned up ! We were four ! We met up with the other group at Upper Dunsforth, and took the short cut back towards Marton. Paul went awol somewhere on the Marton road, despite much searching and backtracking… The other group hadn’t seen him either… We were three! Then a brisk return via Knaresborough. Mostly dry too. About 35 miles. Brian N 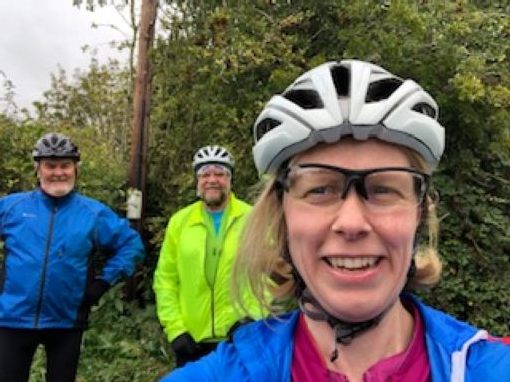 My first ‘group’ ride for six months and it was really good to get back in the groove. Dave M and myself oversaw three new members inaugural ride. Emma Karen and Nick were all upto the mark and had no problems .

Departing Hornbeam with a slight bit of drizzle we headed for Low Bridge and on to Farnham without incident. Some of the roads were new to Emma who has just moved down here from Washington (I think) with her job. On to Burton Leonard , Bishop Monkton and Roecliffe before coffee stop in Boroughbridge.

The weather brightened as we headed for Aldborough , Lower and Upper Dunsforth and the photo shoot at Great Ouseburn. On to Marton, Arkendale and Ferrensby. I departed at Waterside only to suffer from cramp as I climbed Bland Hill. Had to stop and give my ageing thighs a good rub. Obviously I need a few more miles in the legs. Thanks to the group and hope to see Emma Karen and Nick again (don’t think I put them off). 36 miles home to home. Colin B 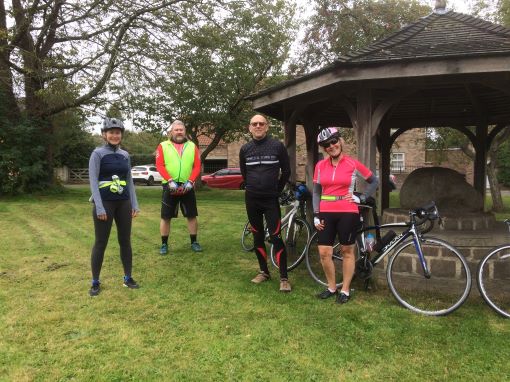