Three Plus a rabbit set off from Hornbeam on a grey cold morning.  We headed for Wetherby via Burn Bridge and Kirkby Overblow and the few hills along the way were welcome to get some heat up.  The ridge road from Kirkby Overblow to Sicklinghall was shrouded in mist so the usual glorious view was hidden, but as compensation a Red Kite was sat in tree near the road and then swooped across our path making it’s plaintiff cry.  At Wetherby Peter left us so then it was just Jean, Martin and Rabbit for the Café.   So after a warming cafe stop we came home via Spofforth and Follifoot and then up through the Showground in the sunshine where the new wooden sculptures at the top of the hill are well worth a look.
Now about rabbit- he is my 2 year old granddaughter’s toy bunny who we accidentally brought home with us.  To stop Lois getting upset her mother told her that bunny was having a holiday.  So a whole series of bunny holiday photos are being sent back including bunny doing parkrun and now best of all bunny out with Wheel Easy.  More to come! 21 miles. Martin W 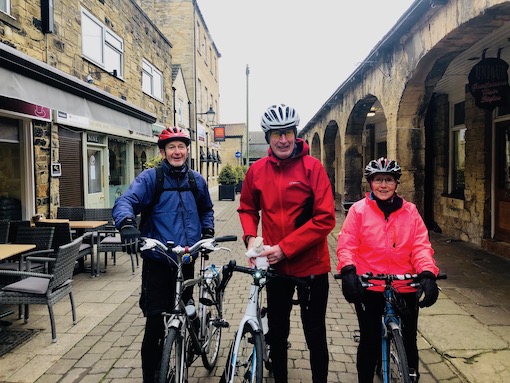 Yet again, the weather proved to be better than the forecast as ten set off for a 50 mile ride via Wetherby, picking up Mike en route at Follifoot.  We kept to the planned route, more or less, stopping at Tancred Farm café much to Chris’ delight as he was able to stock up with the biggest dog biscuits I’ve ever seen.  Democracy demanded a People’s Vote at Bishop Monkton crossroads where Markington won with a thumping majority.  The ayes had it and we faced a climb up to the Drovers rather than the less favoured Knaresborough hill.  The winter sunshine shone brilliantly as we rolled back into town – not bad for mid January.  Thanks everyone for a lovely day out.  Helen B 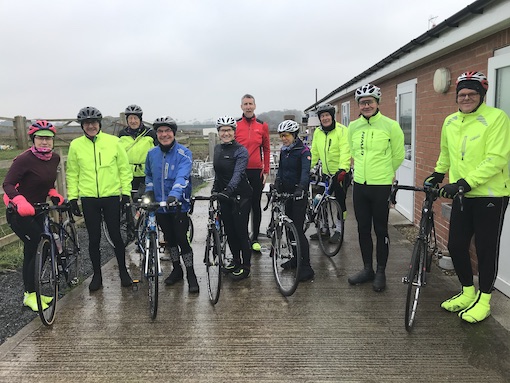 Seven of us left Hornbeam on the route advertised collecting Justin in Follifoot and Colin in Little Ribston. We were 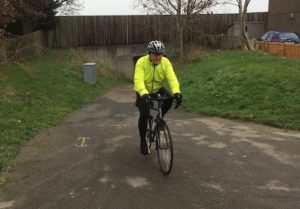 pleasantly surprised with the weather and even more so as the day went on and we returned home in the sunshine. Quite unlike the predictions on Friday of freezing temperatures. We added a loop through Tockwith which was very quiet as the road was closed and despite my navigational error we quickly ended back on Rudgate Lane and followed a route through Walton to Wetherby. At North Street Deli there was just enough room for us all and as usual they make us very welcome. We returned back via Sicklinghall where Mike encouraged Colin to try out a bridleway from the top of Sicklinghall through to Park Lane in Spofforth. We look forward to hearing whether this makes a good summer route. Justin needed more miles so he left us at Kirkby Overblow. It was a good ride, about 33 miles from Hornbeam and 40+ for those who cycled in. Gia 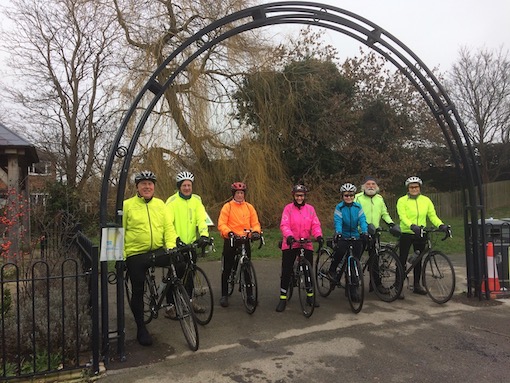 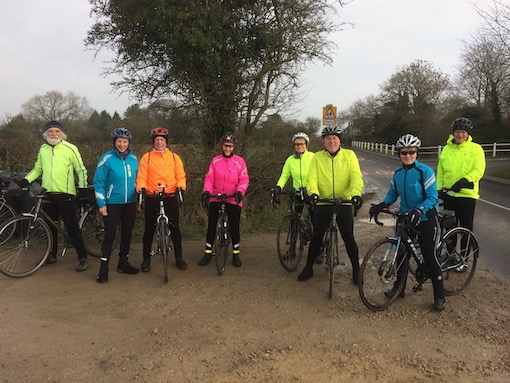 A nice round eighth set off in the semi-murk on the medium plus ride encountering fellow lycra clad weekend warriors in the form of runners at the Showgrounds. We soon picked up a little pace once through Follifoot and on the road to Spofforth. Michael judiciously turned for home before Cowthorpe, having just returned to the bike following a nasty cold. Forging on past Cattal and Great Ouseburn, we stopped off in a cyclist friendly café in Boroughbridge that had Plenty of food and hot drinks. Seven became five as we somehow managed to loose two following the refreshments and turning for home we made our way past Farnham to tackle Knaresborough Hill with tired legs however it had brightened up considerably so turned out to be a jolly nice ride. Darcy.

11 Medium riders at Hornbeam on a cold, overcast, misty day though fortunateley no ice. The route was past the Squinting Cat and up to Little Almscliffe where we posed for a photo. Then it was down past the Sun Inn, along Wydra Lane, past Fewston Farm shop, along the A59 then through the bridlepath with the barriers (which remained up today) and along past Menwith Hill. By now the mist was lifting and the sun starting to appear so we had lovely views towards Darley and beyond. The route continued in the maze of roads round Staupes but we followed the instructions of R, L R, straight across and R, L, R to find our way to Clapham Green. We did find an extra junction but fortunately Joe kept us right. Alison had to go home but the remainder stopped at Sophies for refreshment. There was great consternation when we heard that the coffee machine was broken but Sophie made us filter coffee so those that needed got their fix and everyone was fed. Most of us returned home via Clint bank, Hollybank Lane and the Greenway and had cycled about 30miles. Many thanks to Dave M who backmarked for us and to everyone for great company.       Liz Pugh 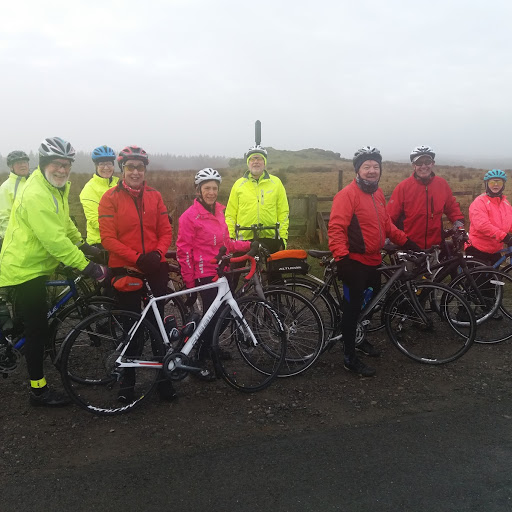 Only four riders opted for the ride to Ilkley today. With no clear route the ride consisted of making decisions turn by turn. This resulted in the outbound route being one of the standard routes to Ilkley, i.e. Beckwithshaw, Fewston, Timble, Low Snowden, Askwith and Ilkley. Two riders, Glynn and Richard P, dropped out before we reached Ilkley. This left Dan and myself to decide on the return route. This turned out to be Cow and Calf, Menston, Otley, Farnley, Stainburn, North Rigton and Burn Bridge. The weather steadily improved during the ride and ended up quite sunny. Not the longest ride but the climbs made for the lack of distance. PCJ 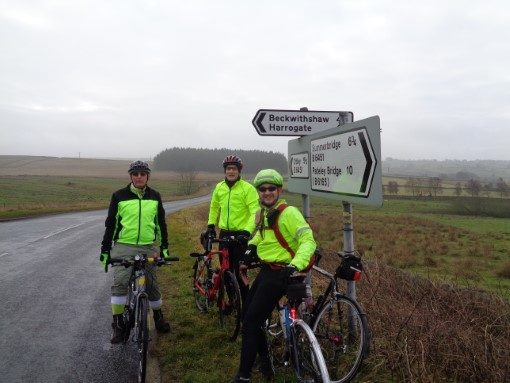