This was our first WE group ride since the first lockdown, and my first ride report since December 2019, but, plus ça change, plus c’est la même chose. Thirteen takers on ‘Yorkshire Day’ for the medium ride at the new starting point of Harrogate Squash Club. Warm weather and no real risk of rain. Mainly old faces, but one or two new ones (to us). Several electric bikes, including Dennis’s. Claro Road to the Greenway, and Hollybank Woods to Birstwith where the group photo was taken with ‘Flour Man’, to whom Sally took a fancy… Then up the Nidd Valley to Darley, where Dennis left us. The rest of us continued to Dacre and turned left, upwards towards Padside and the Stone House Inn, a route we don’t often do. Several regroupings ensured no-one was left behind, and we descended to Hampsthwaite along Menwith Hill Road via Meg Gate. We omitted the descent into Kettlesing and subsequent climb out via Swincliffe. Sophie’s was busy, but the coffee and flapjack were worth the wait. Malcolm and Gia turned up at Sophie’s during our stop. People made their own ways back to Harrogate. About 29 miles. Joe S 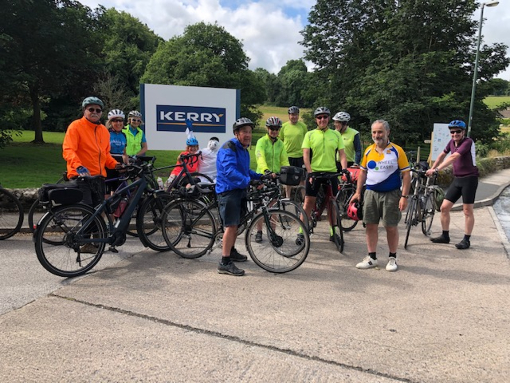 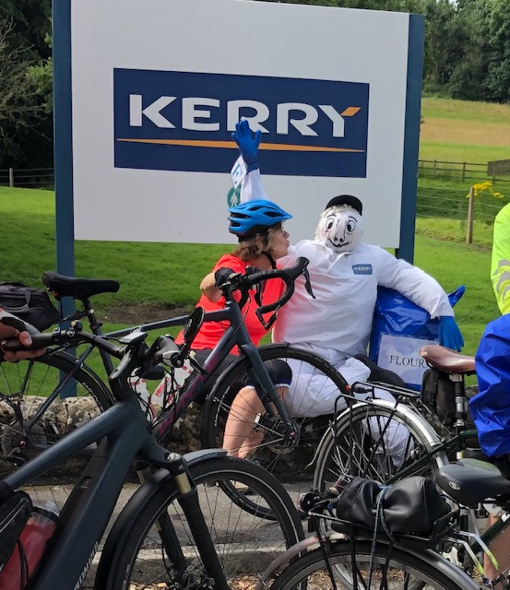 Ten riders left the Showground to head up towards Brimham Rocks & Blazefield Bank but this was no ordinary group – the level of fractionalism & division was reminiscent of Lenin, Trotsky & the early days of the Russian Social Democratic Party. The 1st Menshivik to show his hand was Mike W who turned left to “get back early” above Fellbeck. Then comrades Andy, Trefor & Richard turned right & split off towards Masham as they attempted to meld the Medium Plus & the Long ride into one. The remaining six descended down to Wath where further discussions followed and, yes, another fragmentation occurred. Mark, Tim (T4), Mark & Nevah turned left towards Pateley Bridge with various options for return. The remnants of the Russian Revolutionary Party (David & Tall Tim) turned right & stuck doggedly to Route 147 and headed to How Stean, tea & cake (with Shadow the cat for company), back to Pateley & up Two Stoops. A shortened return journey was finalised leading to no one actually completing the route we set out on. 52 miles & 3,850ft of climbing. Tall Tim. 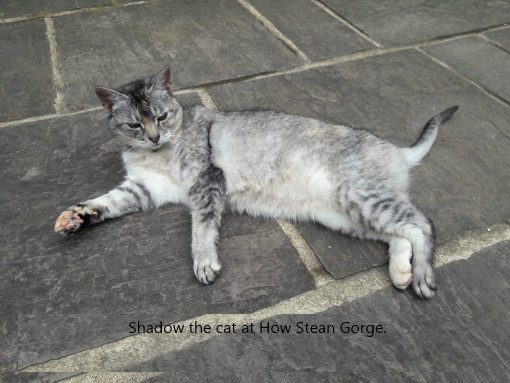 Ten riders opted for a slight alteration to the published route with James taking five to return from Pateley on a shorter route. Mike W, Steve, Peter, Debbie and me, followed a lovely route to Ripley, down to Birstwith, toll road, up Stripe Lane to Brimham. Down to Glasshouses, Bewley, then Teacups at Pateley Bridge. After refreshments carried on up to Scarhouse Dam, another drink at the cafe and then back to Wath. A challenging climb up to the top, then the reward of a lovely sweeping ride down to Fellbeck and Rabbit Lane. 56 miles. Liz F 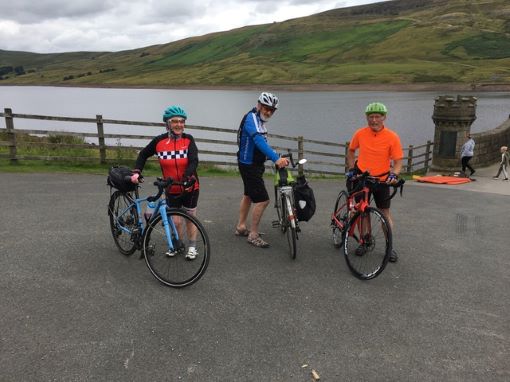 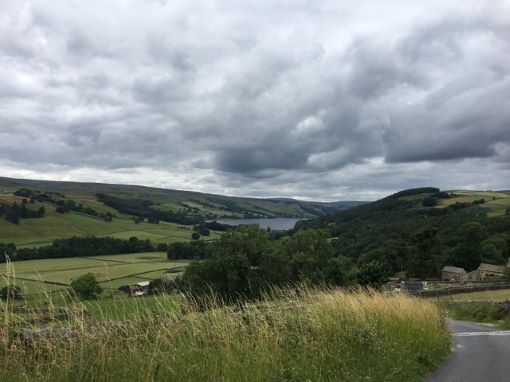