As it’s technically midsummer it has to be moorland and hilly rides. So Greygarth it was via Brimham, Fellbeck and Dallowgill. As we were assembling, Yvonne explained the gears on her bike were sticking. So she and Debbie rushed off to sort things out. The rest of us set off to zRiplry in 2 groups, picking up Liz F and Corrine on the way. Staying in small groups, we made our way up Stripe Lane to Brimham. Yvonne and Debbie caught us up here. Once again, Yvonne volunteered to take a group of faster riders. Corinne left us at Brimham to make her way back via Ripon.Despite a strong wind, it was a beautiful ride over the moors through Dallowgill and onto Greygarth. Debbie and Yvonne walked up to the tower. The rest of us nibbled our snacks and enjoyed a break from cycling. Again,Yvonne and the faster riders set off to Fountains via Laverton and Winksley.This is a lovely rural ride. At Fountains most people stopped for a snack. However, John, Margaret and I made our way straight back to Harrogate. Another beautiful ride with great company.     46 Miles and 3,500ft climbing     Alison N 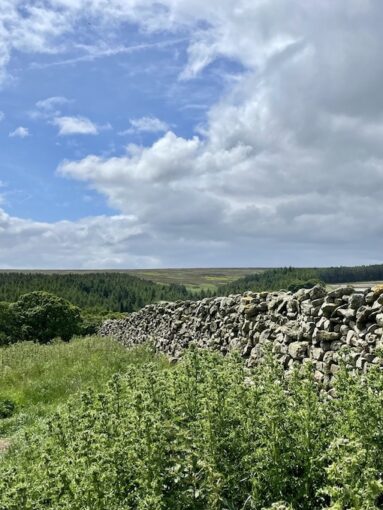 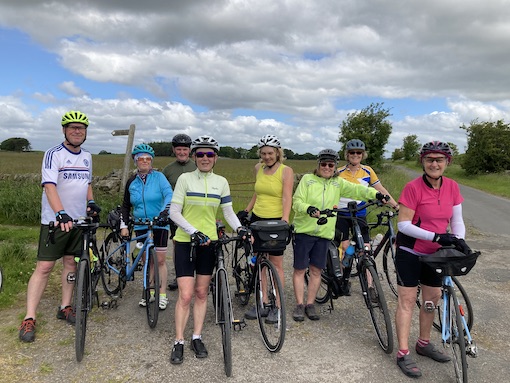 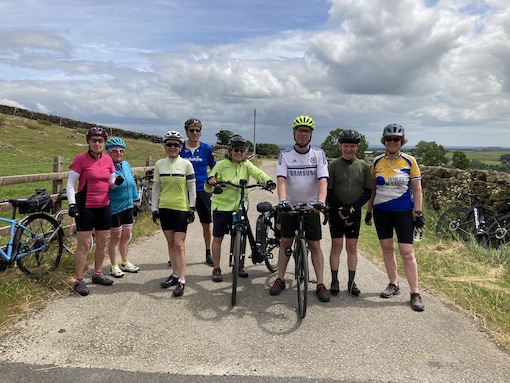 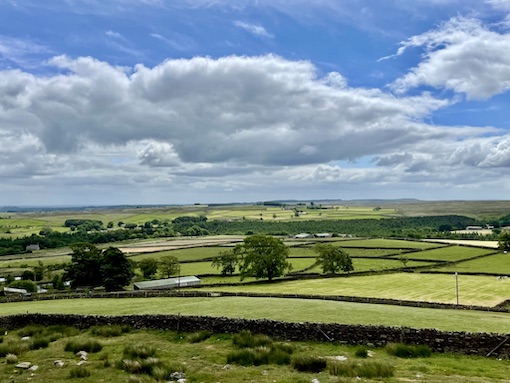 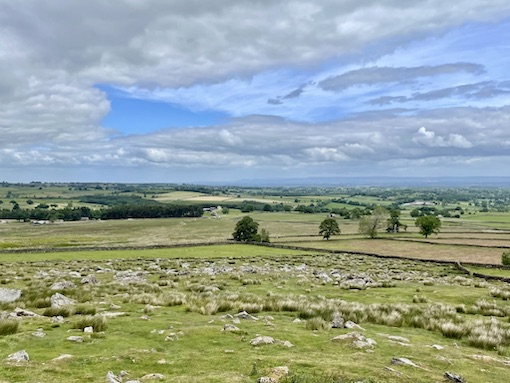 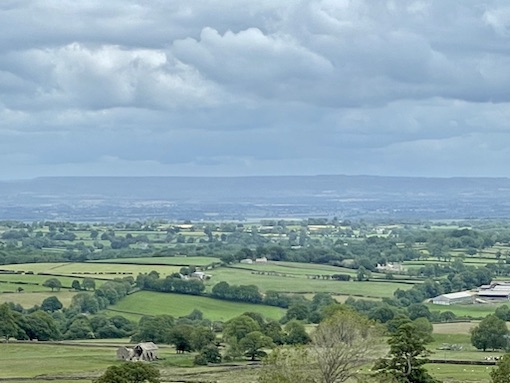 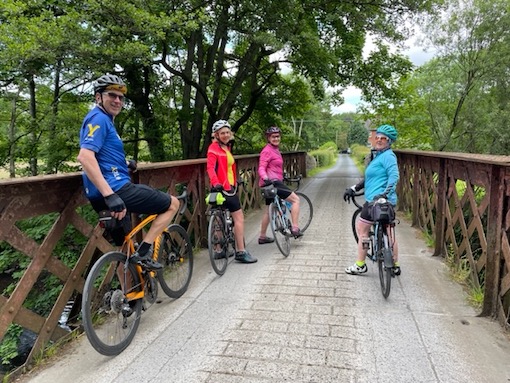 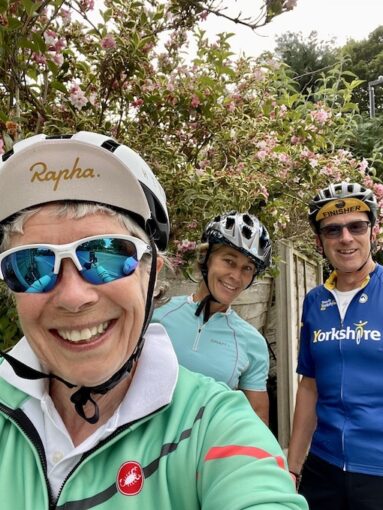 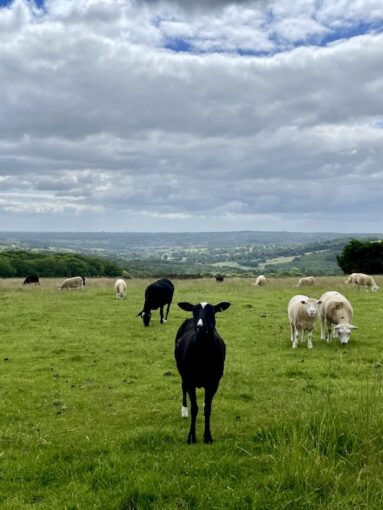 The short Ride was well supported today, although it was probably the route that was the draw, rather than the leader. Eight of us left the Showground in good order, splitting naturally into two groups as we headed across the Stray and down the Greenway to Ripley, where the “Pay & Display” car parking machines stand poised for use. Another reason to get on your bike! After a short section of the busy Ripon Road the lanes through Nidd and Brearton were nice and quiet and again after the busy Ripley Road we enjoyed relative calm riding through Scotton and Lingerfield, where we lost the first of the group as Jean stopped in to see her family. Scotton was next stop where Sue T headed off straight home and democracy tried to prevail over the coffee stop and in the end having decided on the Waterside cafes some went the “official” route along Chain Lane and Abbey Road, but others were more direct through Bond End although the latter were able to get there quicker and tell the rest of us that there was no room! Justine then decided her Father’s Day Lunch would soon need attention and so she headed off over Forest Moor whilst the remaining five climbed the Cote de Brewerton Street to the Moat Cafe in the Castle grounds for coffee, toasties and a good chat. The return to Harrogate was via the Beryl Burton and Bilton Hall Lane were Malcom was despatched to Fodders for some “smashed chicken” and Paul headed for home via Knox leaving Gia, Debby and myself to head back towards the Showground. A lovely 20 miles in good company and thanks to Gia for back marking and to everyone for joining me.   James G. 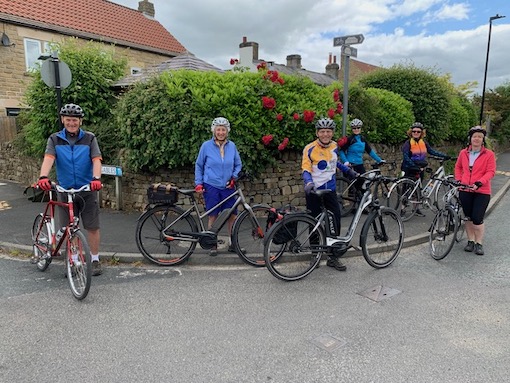 There were 9 lovely cyclists who chose the Askham Richard ride with me today. Unfortunately after loading up the route on my garmin it promptly disappeared. Fortunately I ‘sort of’ knew where I was going as did some of the group so all was not lost. The Rudding Park hill is always a ‘toughie’ so early in the ride and we picked up Paul on the bypass. Chris B left us at Spofforth so we were back to 9. We had a photo stop at Marston Moor memorial- one of the most significant battles in the English civil war. Lunch stop was at The Grange- Askham Richard, where my huge piece of cake and coffee cost me £3.20. We followed the route through Bilbrough (I nearly missed the turn) Healaugh, Wighill, past Thorpe Arch and onto the cycle path to Wetherby. At this point Glynn and Fiona left us to head home. Just North Deighton, Follifoot and the dreaded Showground Hill. Dave Siswick made a rare Sunday guest appearance- lovely to see you Dave. We had a lovely 40 mile ride in good weather and I hope you enjoyed it as much as I did. Janet G 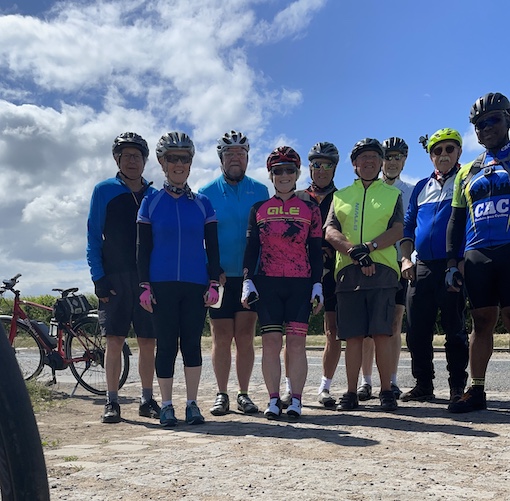 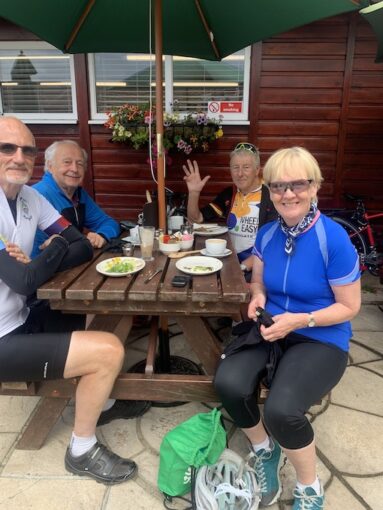 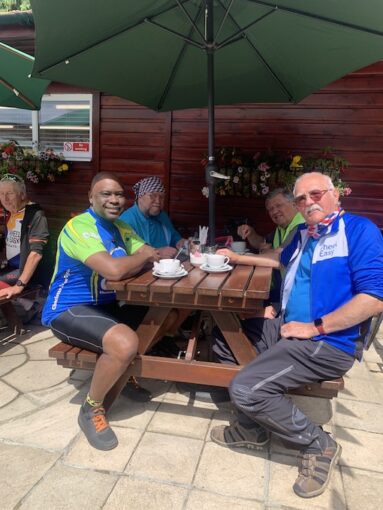