What a brilliant day for my first leader ride. I was joined by Brian who knows me and daughter Emma, who thinks she knows me, Helen, Diane and Gordon, three unsuspecting cyclist who don’t know I have a history of saying “Oh I know where I am”, and then realising that I really haven’t a clue! However, I didn’t get lost, (Oh ye of little faith ha! ha!), I didn’t lose anyone and we had wonderful ride through lovely countryside to Little Ribston and then on to Spofforth where we had a coffee stop at the Castle pub. Unfortunately, no cake, only croissants but we were given a small tub of smarties each. Nevertheless, we sat and enjoyed the sunshine in the pub garden before returning to Harrogate via Follifoot and Rudding. Thank you Brian for being my back marker. 15 miles 1108ft elevation. Margaret 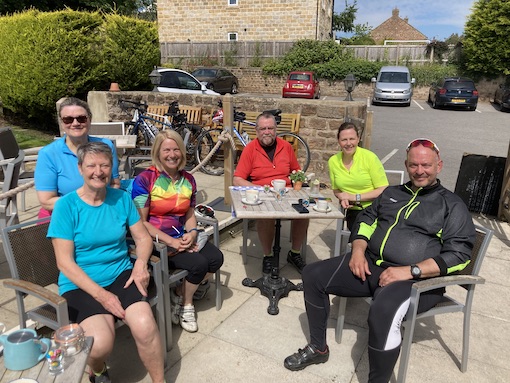 17 riders gathered in the car park in Richmond to tackle a hilly route around some great scenery in what looked to be a warm day. The usual two groups made a staggered start with David and Monica leading the two groups, Monicas group of ten was made up of 40/60 e-assisted and non assisted and so it was going to be an interesting day with the climbing involved!

The start of the ride out of Richmond set the scene for the day with a long steep climb but then turned into an undulating journey through some pretty villages with great views over the valley below.

We made our way via Greta Bridge to our coffee stop at Cross Lane Farm shop where the two groups briefly met and we prepared ourselves for the the second half of the ride that tackeld some tough climbs.

After coffee there was a short( but uneventful) ride along the verge of the A66 before turning off towards Reeth and the climb of the Stang.

We all took it at our own pace with the e-bikes leading the way but Bob and Paul made it up and tied for the King of the Mountain title. The views were fantasctic from the top and after the customary photos we set off descending across the Moors towards Arkendalegarth and Reeth. It was very warm but the views were great and after the descent we climbed up the dale into Reeth on on to Fremlington and lunch at the Dales Bike Centre where once again we briefly met the other group and exchanged climbing tales.

Great service( and cakes) and another chance to chat and get our breath before tackling the climb from Fremlington towards Marrick and Richmond. Whilst not as well known as the Strang it is equally hard and there was some ‘touching tarmac’ by most riders but Paul again took the honours by climbing all the way to the top.

From there it was a swoop down into Richmond to complete an excellent days riding in brilliant weather and great company. 37Mile and nearly 4000’ of ascent but everyone was sensible and took rests and drink breaks which, whilst lengthening thetime it took was essential in the warm weather.

Thanks to Monica and David Webber for a great route ( and coffee and lunch stops!)

and thanks to everyone who turned up for the ride.

The Awayday rides in this area are always memorable and todays was no exception.

A stunning day out! 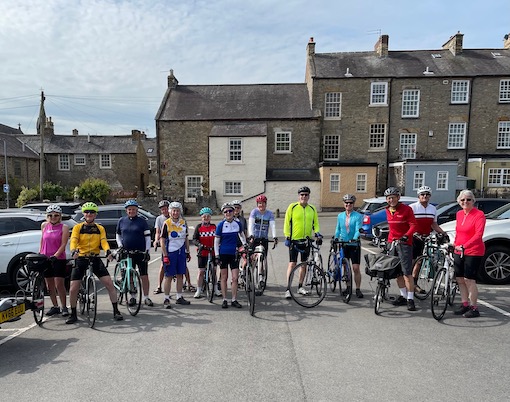 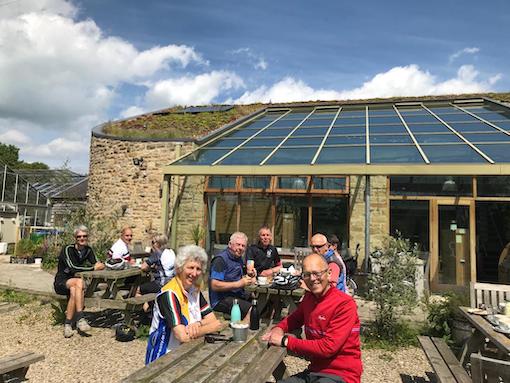 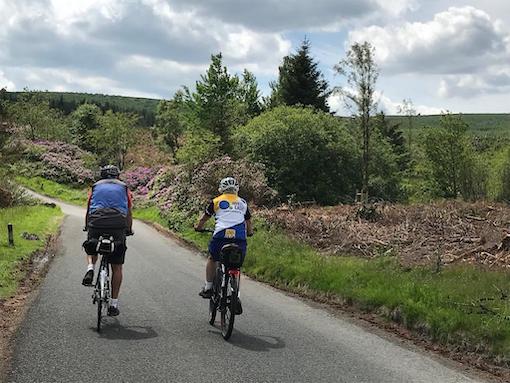 The first “steady” group of 8 riders left Richmond nearly on time and after a stiff warm up climb out of town it was generally downhill through some pleasant North Yorkshire villages to Greta Bridge, where we stopped on the fine old bridge made famous by John Cotman’s painting of 1805. A timely coffee break in the sun was taken at Cross Lanes Farm Shop and then, after a short nerve-racking dash along the hard shoulder of the A66, we paid for our previous loss of altitude and more with the gruelling ascent of The Stang. Even a magnificent display of Rhododendrons in full bloom did little to diminish the pain of the last steep few hundred yards. Regrouping at the summit, we caught our breath and there was time for a few photos before the sweeping descent into Arkengarthdale and on to Reeth.

Lunch was at the Dales Bike Centre in Fremington where the selection of home made cakes and savouries was as good as ever. The growing popularity of mountain e-biking is evidenced by the large extensions they are currently building.

It was hard getting back into the saddle and we were soon into the next strenuous climb up and over into the pretty village of Marske. By now fatigue was beginning to set in and those with e-bikes were beginning to look distinctly more relaxed than the conventional pedal pushers. The final plateau and then the long descent back into Richmond were very welcome when they came.

Despite the challenging terrain and the warmth of the day, all seemed to have enjoyed the ride and appreciated the fine scenery looking near its best on a good June day. 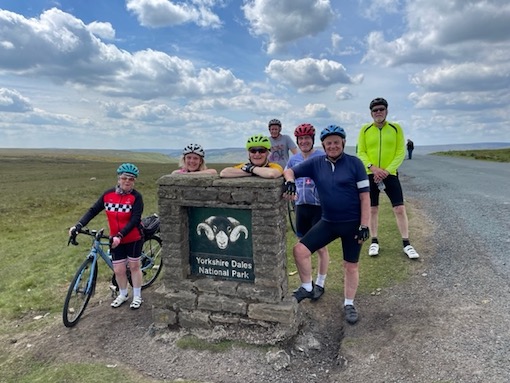 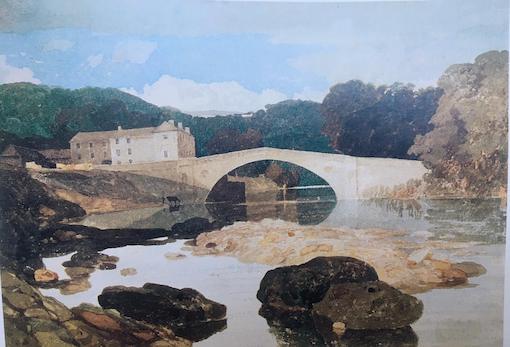 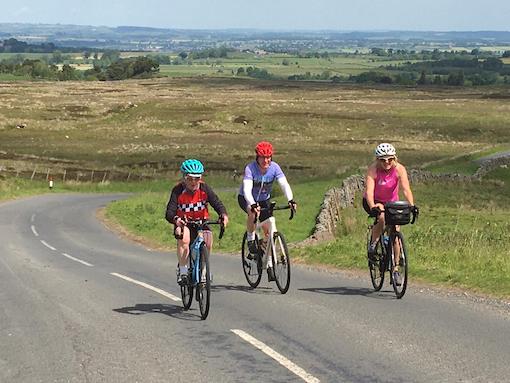 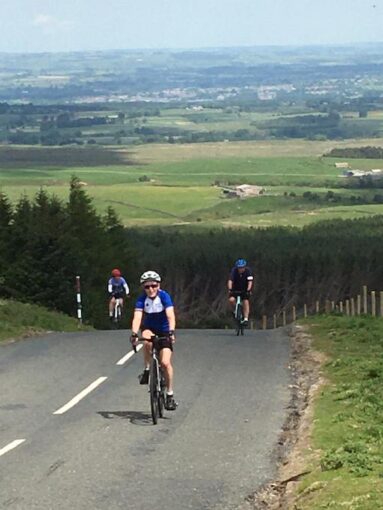 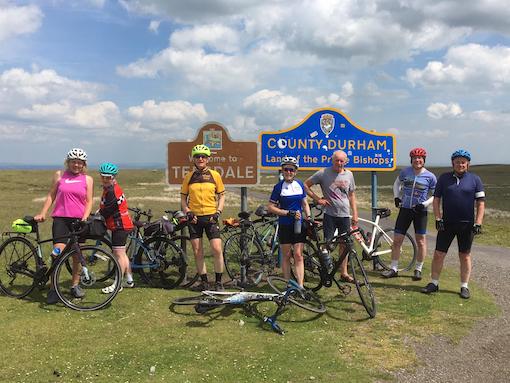 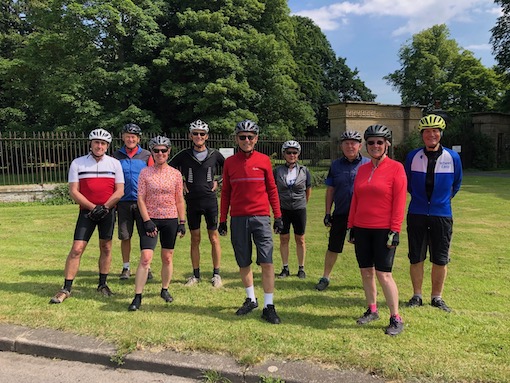 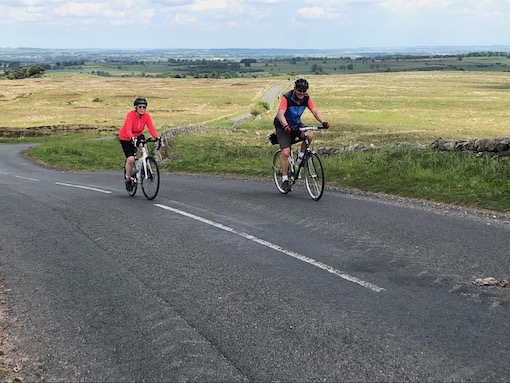 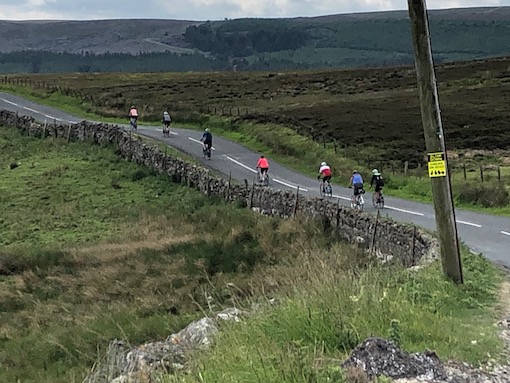 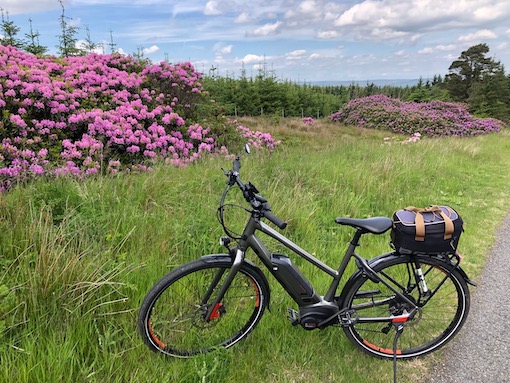 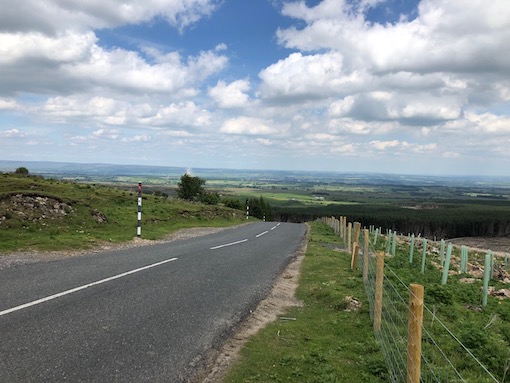 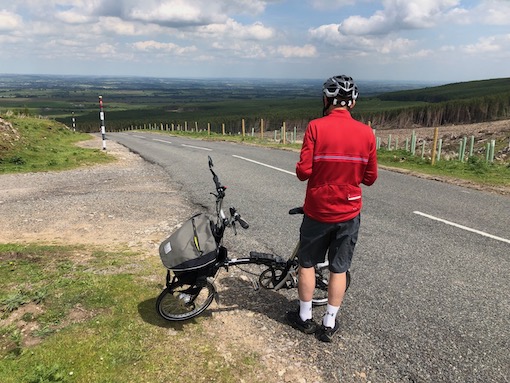 We split into 3 groups- Yvonne kindly set off with a group of faster riders. The rest of us split into 2, Liz P kindly shepherding one, while I led the other. We made good time getting to the Stonehouse pub [closed!] and then ambled along  quiet roads with beautiful scenery and the odd challenging hill. Once more we were all impressed by Climber Colin’s prowess. Most of us had some assistance. Back to Darley via Thornthwaite where we met up with Yvonne’s group at the cafe. Disregarding Garmins, most of us came back by Clint bank and Hollybank woods. All in all, a relaxing ride which showcased the Yorkshire countryside at it’s best. Thanks to all for your company – 37 miles and 3.135 feet elevation. Alison N 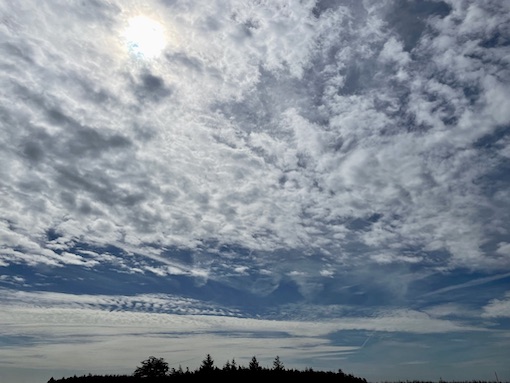 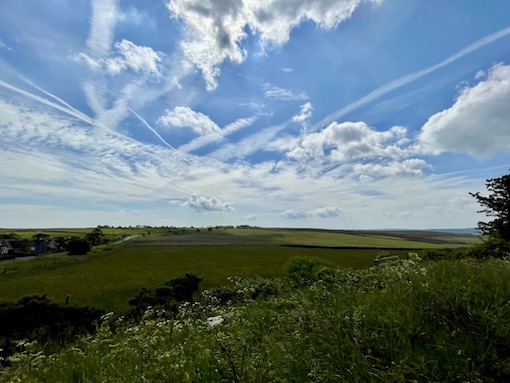 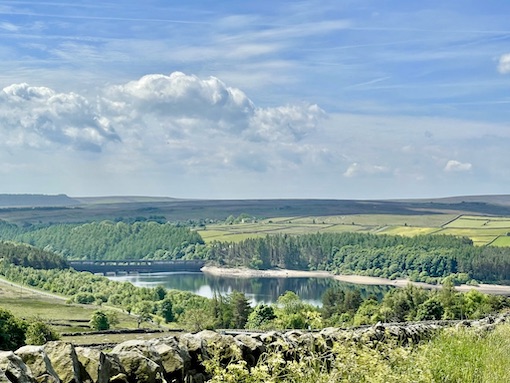 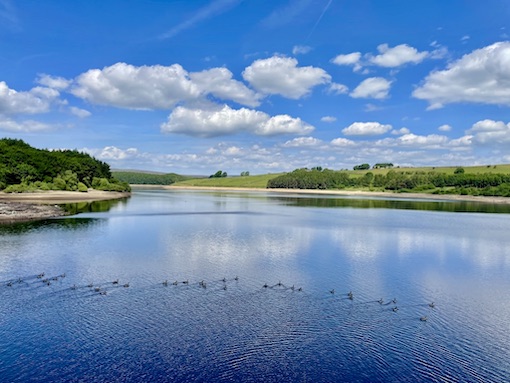 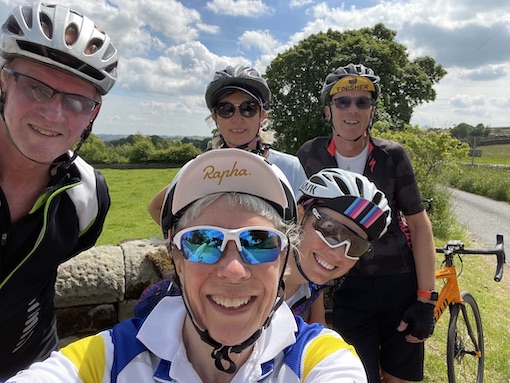 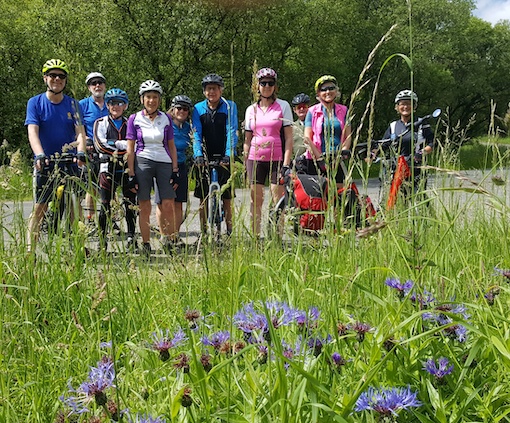 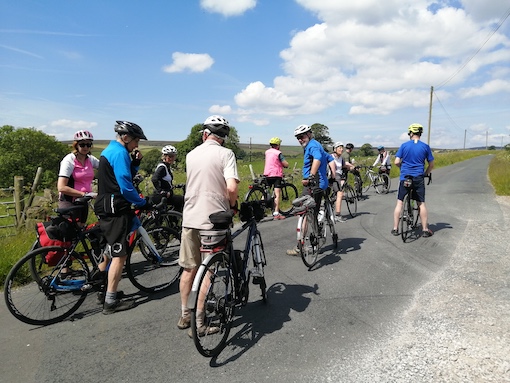 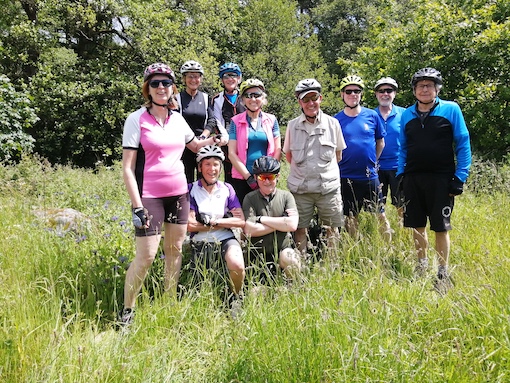