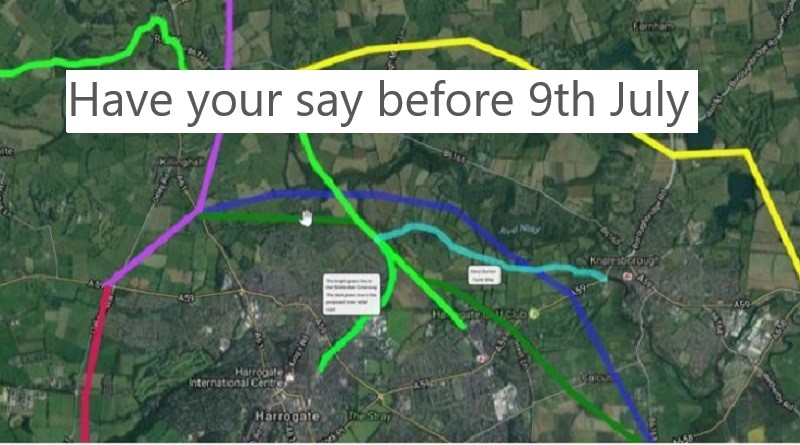 The Harrogate and Killinghall bypasses which are among the options would wreck the Nidderdale Greenway in two places, near the Nidd Gorge viaduct and near the A61 towards Ripley.

There is a very strong argument, backed by the overwhelming majority of Harrogate councillors, that the proposals are more likely to increase local traffic than reduce it, with local MP Andrew Jones saying the Harrogate ‘relief road’ would create “the biggest rat-run in the North of England”

This is your chance to respond! Please go to https://www.northyorks.gov.uk/harrogate-congestion-engagement and oppose the roads. Ask your friends and family to do the same. It only takes a few minutes, though you can also add comments.