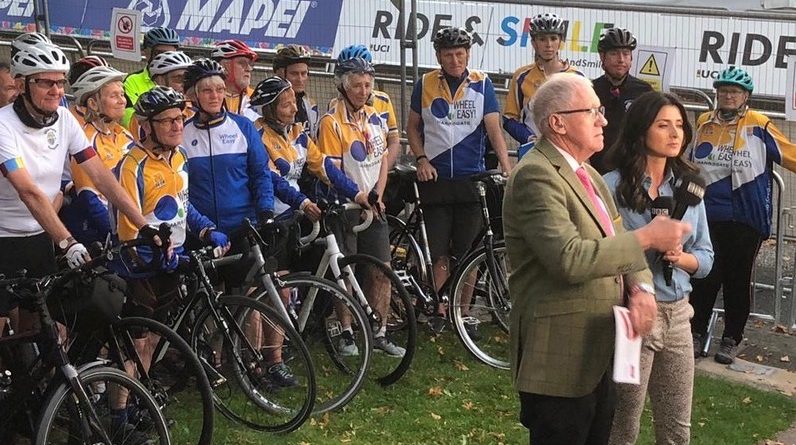 Really exciting news that both the ITV & BBC chose to include Wheel Easy in their reporting of the UCI World Championships in recognition of the importance of grass roots cycling.

Both were very complimentary of the efforts of our club & really got what we are about. 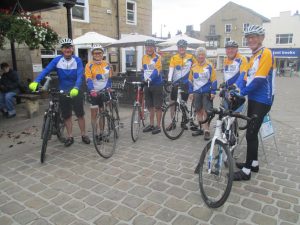 Firstly Gregg Easteal from ITV interviewed several members, photo above, when we met him in Otley & featured us in his preview of the Men’s Elite Race course where he reports on many aspects of the UCI coming to Harrogate. To see this coverage https://www.itv.com/news/tyne-tees/2019-09-17/ride-the-route-cycling-world-championship-elite-men-s-road-race/ 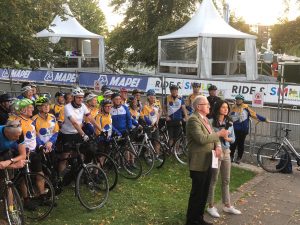 BBC then invited us to attend their opening weekend coverage of this hugely prestigious event & Wheel Easy members responded in force, prompting feedback from the BBC “You were even better than we’d hoped! Thanks so so much for bringing such a marvellous team”.

Now the whole region must know how much we love & appreciate our club. Well done everybody! 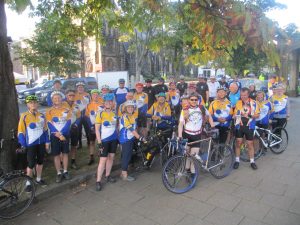 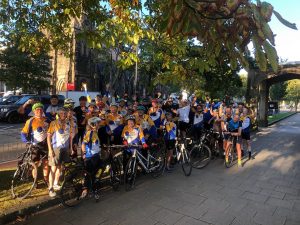