Efforts to create small groups of Wanderers were ineffective until Ripley but then seven of us managed to get away and stay away for the rest of the ride. Thus Mark, Steve, Yvonne, Charlie, Tim R, Paul and myself headed through Holly Bank admiring and in some cases taking photos of the magnificent display of bluebells and with barely a stop for breath took the route through Kettlesing Bottoms, over Menwith, down and over the Toll Bridge and up to Brimham. After a short friendly exchange with a group on the Coast to Coast we enjoyed the lovely run down into Ripley for a brief coffee stop and home. Thanks to Yvonne for the pictures and to all for good company. James G 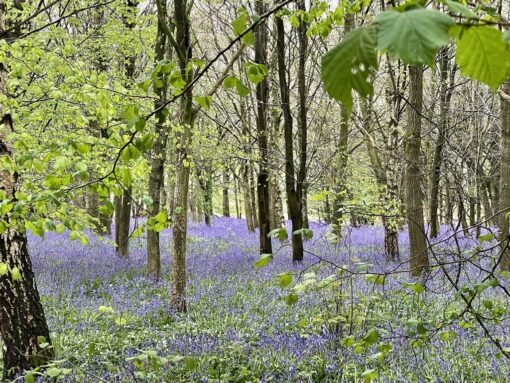 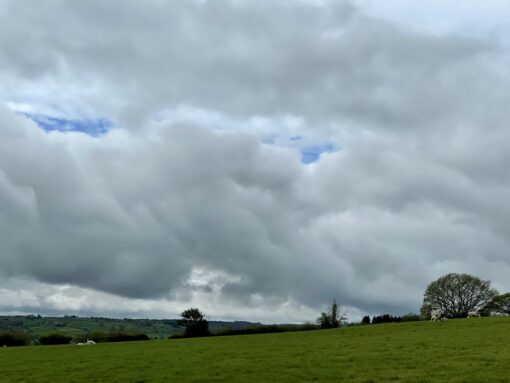 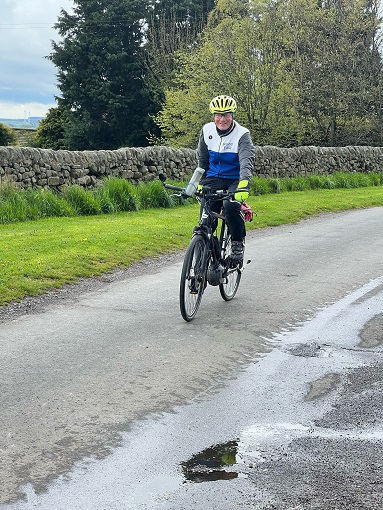 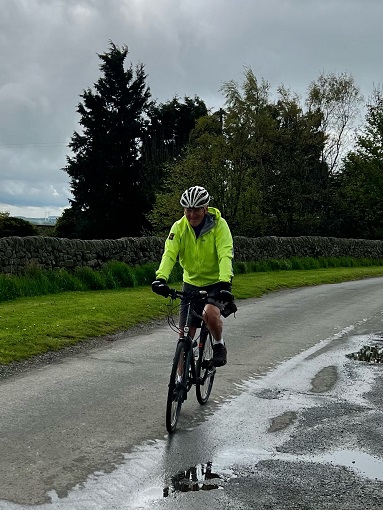 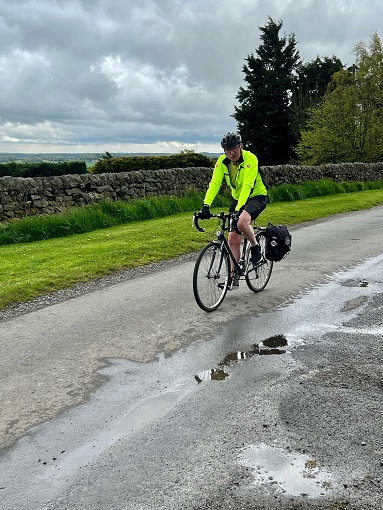 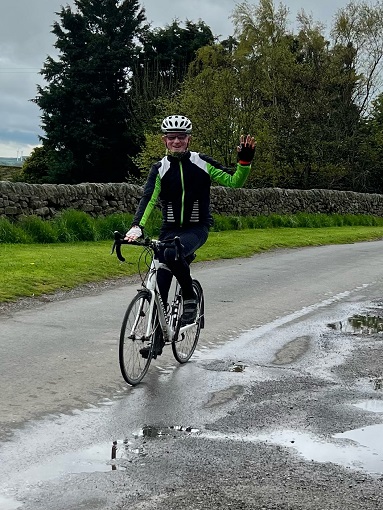 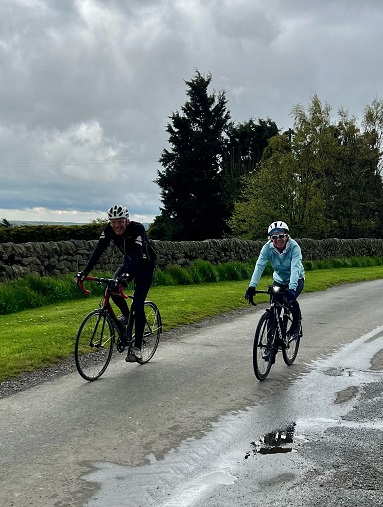 A great thing about leading a Wanderers ride is that you can choose where you go. I chose route 239 for its variety. Yes, there are some ups but there are at least 4 glorious downs. About 20 others agreed with my choice so we split into 3 groups – one of 6, one of 7 and one of 8. Somehow the 7 and the 8 never seemed to split so we were 15 but we were well spaced (honestly).

First the Greenway and then onto Holly Bank Lane where the bluebells at the far end are looking their best. Through Hampsthwaite we climbed to Swarcliffe with a freewheel down to Birstwith Hall. At Kettlesing Bottom we climbed up to the top of Straight Lane and then down a long hill, Stumps Lane, into Darley where the number 24 bus tried to kill Barbara by cutting a corner at the bottom. Scary!! There will be a complaint.

Stripe Lane provided its usual gentle climb to Brimham Rocks. We stopped at the Brimham Adventure Park for a coffee but, like all cafes these days, they were short of help.

After Brimham came my favourite runs down to Careless House Farm and then down Scarah Bank and back to base.

Thanks to everyone who came on a great ride out – 32.5 miles with 777 metres of climbing. Steve Wright 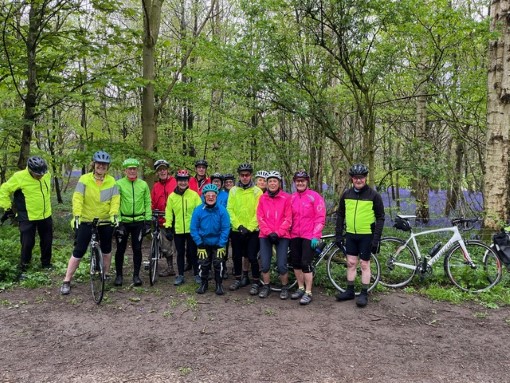 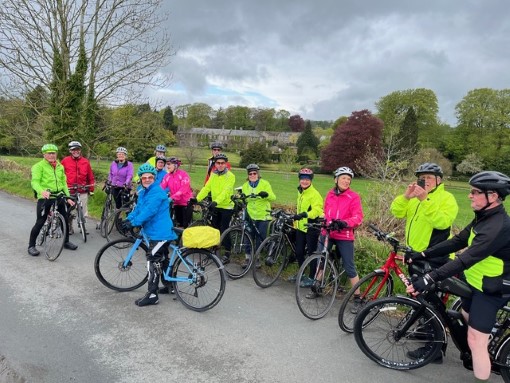 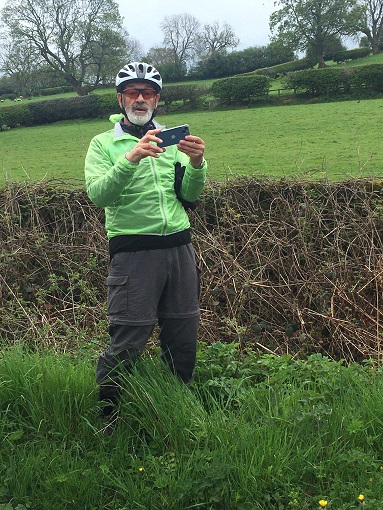