Charlie and Gia set off from the Showground to meet Paul and James in Killinghall and Clint Bank. Our route to Pateley was discussed and reassessed as the wind swirled around. We decided Brimham and Fountains via Sawley was a good option and despite the gusts had a thrilling ride, wonderful views and mostly a day of sunshine. 36 miles, great to be out on the bikes again, Chapeau to Charlie whose fitness is always impressive, fuelled only by the odd Brownie. A treat to be out and return via the Greenway and miraculously a post has been removed on the Dragon Bridge to ease the passage of those with wider handlebars. Gia 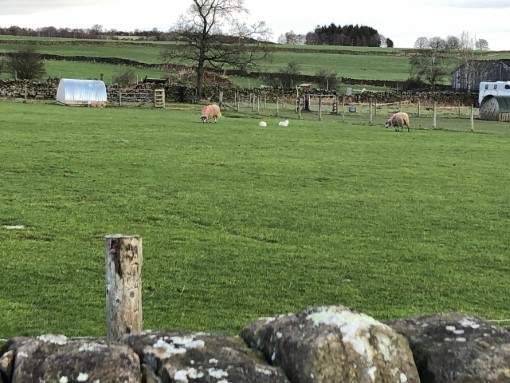 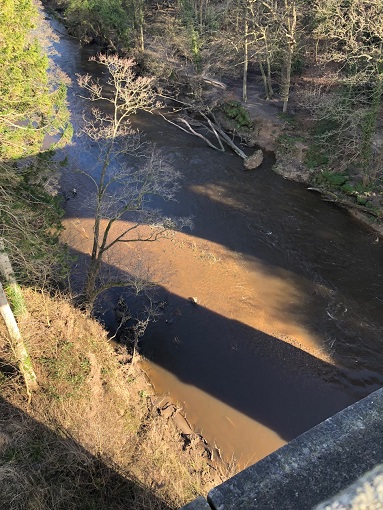 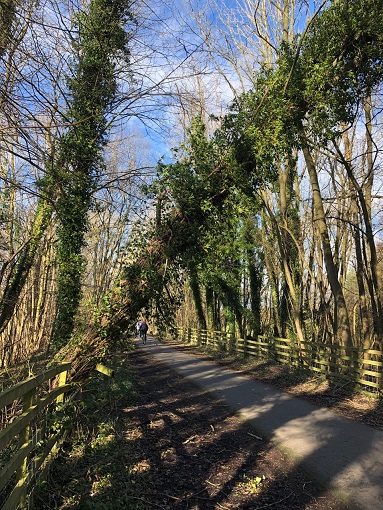 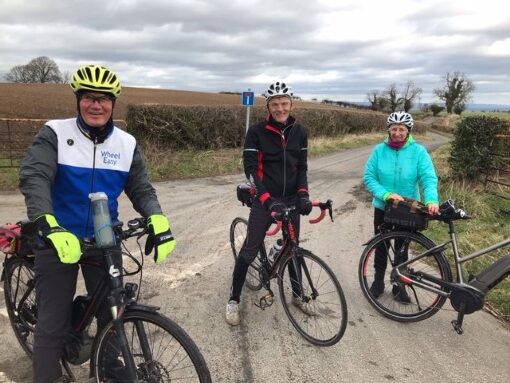 A yellow wind warning for the day saw a reduced number of riders at the show ground. However a glorious morning with blue sky saw five riders, Helen, Collette, Vince, Tim and Mike, set off on an amended route, via Sicklinghall, to Bramham, where Tim and Mike left the group to take in an extra loop via Tadcaster and Hunsingore.  Coffee at Thorpe Arch, and then a battle against the south westerly wind back to Harrogate. Overall, an enjoyable ride despite the wind. Around 30 miles and 50 miles. Mike W

At 07.30 a.m. this morning, on our drive, it was sunny with a light breeze and there was no sign of Vladimir annexing Yorkshire so the day looked very promising.  Lots of people thought the same and we gathered a manageable group of nine Wanderers and set off briskly for Ripley via the now dried out Greenway.

By the time we got to Ripley our group had expanded to 14 so we divided ourselves up into two loose formations of seven.  By “loose formations” I mean “very loose”. Those with batteries were employing leapfrog tactics but, strangely, it worked.  Keith’s plan to get the high level, exposed stuff out of the way before the forecast high winds in the afternoon worked well.  We all enjoyed the warm up to Sawley, Risplith, High and Low Grantley and in no time at all coasted gracefully into the auspiciously named Tate’s Garden Centre in Ripon for a well earned, most enjoyable lunch.

We returned via the Littlethorpe, Markington route. The wind had not really posed too much of a problem in the morning but it did feel a bit edgier after lunch, particularly the final descent back to Ripley in a frisky crosswind.

A splendid sunny day, enjoyed by all (I think!) and particular thanks to Mike W for a bit of unobtrusive “minding” of H who’s Garmin was having a bad day.  Final total = 38.5 fun-packed miles.  Keith & Helen T 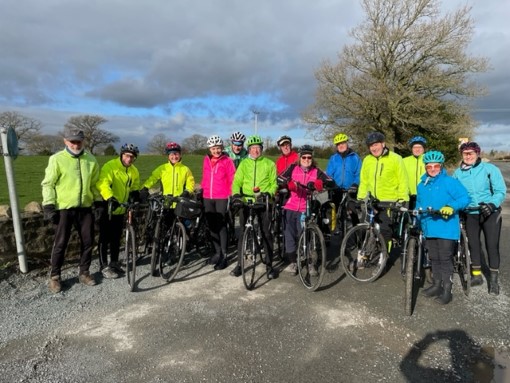 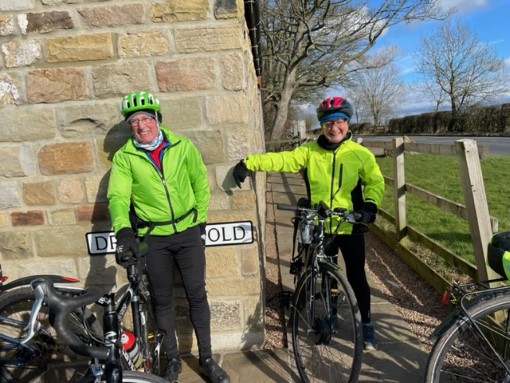 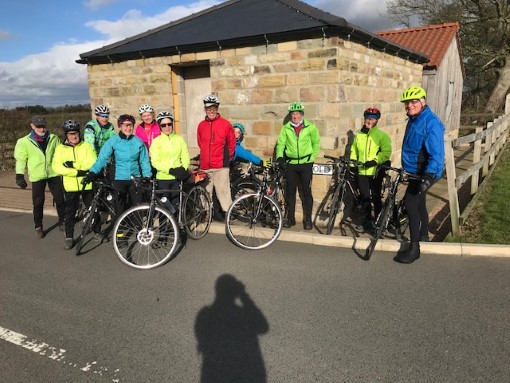