Dave W and Bob peeled off at the start for a shorter ride, whilst seven of us set off South into quite stiff wind. “Never mind, it will be behind us on the way back”

We kept up a quite frantic pace until approaching Sherburn in Elmet when Eric pushed us to near breaking point.

I think we were all relievd to settle down for a spot of excellent service at a cafe in South Milford, before further excursions into the near red zone heading to Askhan Bryan cafe via Naburn, where noone suggested stopping after experiences in previous weeks.

Nothing wrong with the Askham Bryan cafe.

We finally managed a slightly more civilised pace back to Kanresborough with about 55 Miles completed at 14.7 mph.

Thanks to Geoff, Dave’s P2 & Wilson, Johnny, Eric and Chris for a splendid day out.   DaveS 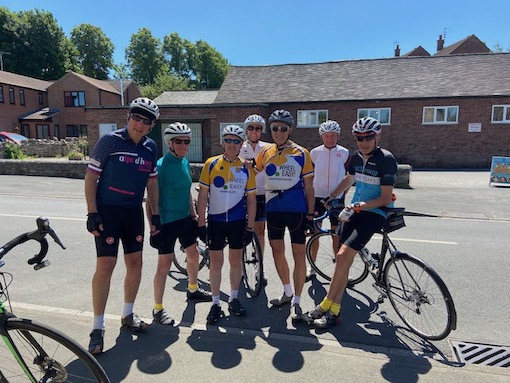 Warm and dry weather saw a group of medium plus riders, Helen, Zoe, Katharine, Colette, Zoe, Vince, Tim, Andy and Mike set off from Settle for a challenging ride in the Forest of Bowland, including the Cross of Greet.  The ride description suggested 3737ft of ascent, but Wahoos and Garmins produced various climbs, up to 4800ft.  A much needed lunch was obtained sitting outside at a small cafe in Slaidburn, before we set off on the return route which somebody said would be downhill all the way.  Other than Tim being bitten by a small dog blocking the road, it was an uneventful, enjoyable and memorable ride.  Mike 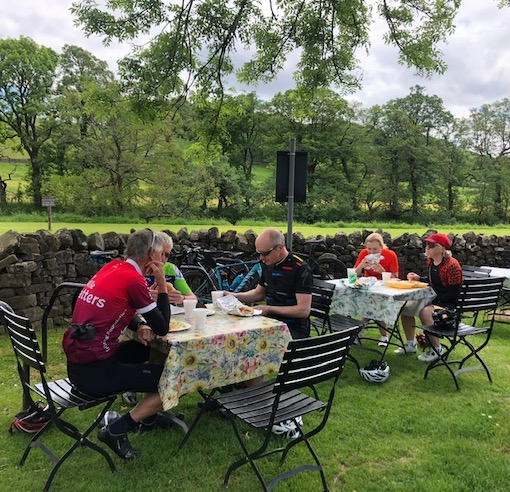 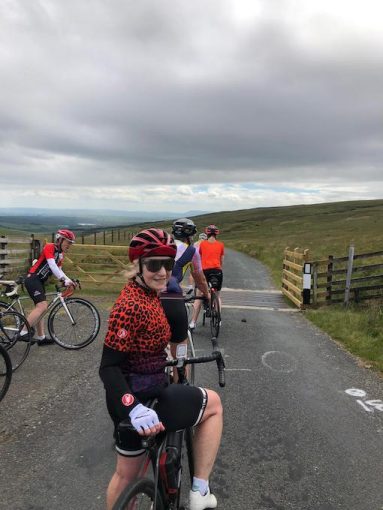