There were no officially-led rides today because of the adverse weather conditions. However, we have received the following reports:

The greenway is flooded and unpassable at the Killinghall end. The river seem to be still rising. Two cyclists on the other side of the flood was attempting to ride through it and I was shouting to them to go back as it was deep and they could have been swept away. They clambered through the mountain bike track on reaching me, insisted on carrying my bike through and I dropped down to the track on the other side of the flood. Looking round I could see the track I was on was now cut off at both ends and the water was swirling and rising round me. I quickly got back up into the higher mountain bike area.

I carried on through Ripley and up through Hollybank Wood. Going through the gate, I saw a massive tree fallen across the path. A runner lifted my bike over the trunk of the fallen tree and the farmer was working on removing the tree from the path. There was very little wind and it was not raining so carried on to Birstwith and turned up to Clapham Green and down to Hampstwaithe. From the hill top I could see the flooded areas below and decided prudence was the better part of valour and headed home. Liz F 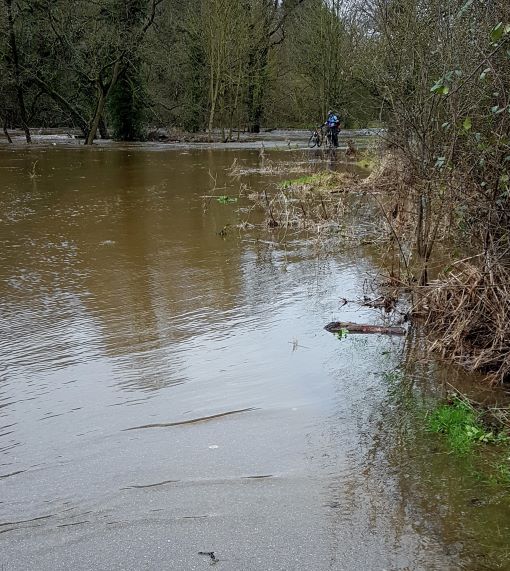 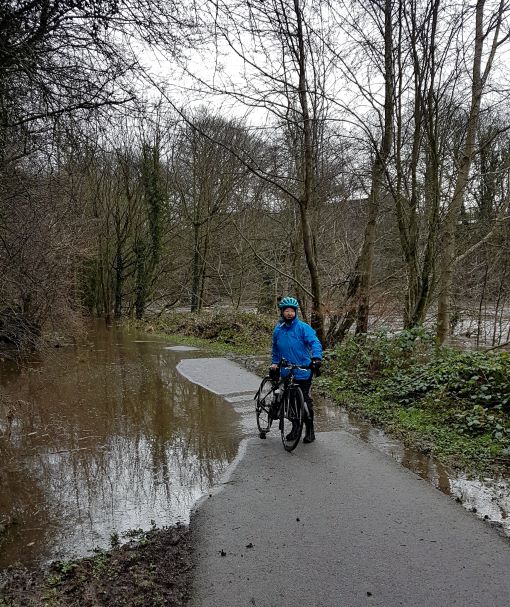 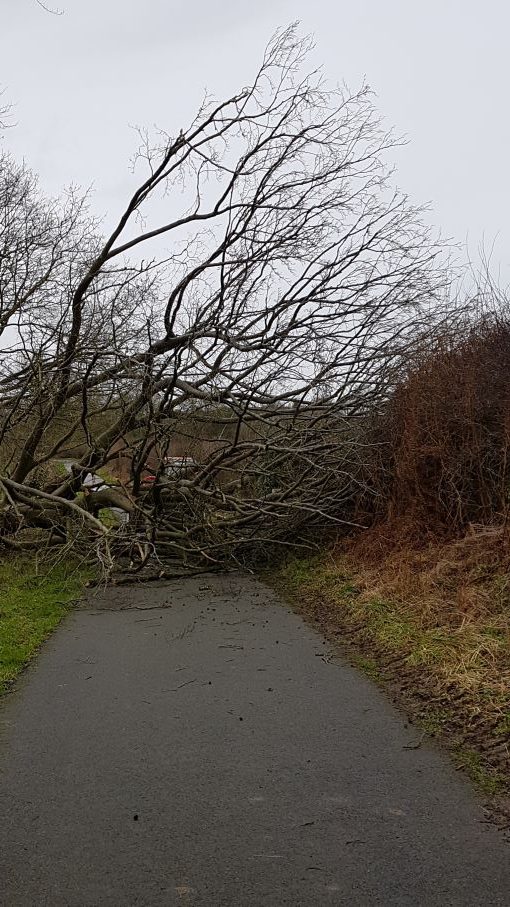 Having decided not to ride today in view of the forecast, I changed my mind at the last minute when there was an improvement in the weather, with just enough time to throw on some gear and head for Hornbeam fully expecting to be on my own. However six other hardy souls rocked up, including Paul T so at least I knew I would have someone to ride with, as Helen, Michael, John, Grant and Mark were clearly out of my league, even on “Turbo” setting!

Paul and I decided to try our luck out towards Broughbridge via Goldsborough, Arkendale, Marton-cum-Grafton, and Aldborough. We almost needed water wings at times (see picture) but arrived in Boroughbridge unscathed and met up with the others who had been out to Myton on various loops at “Plenty” for coffee and sustenance (see picture).

Paul and I then headed back through Roecliffe, along the track to Copgrove and Occaney, where the road towards Bishop[ Monkton was closed as water gushed over the ford/ bridge in the dip. Having been overtaken by the others we parted company at Sandy Lane and headed our different directions home. An unexpected bonus to get out today with no rain some breeze on the way back, but nothing too troublesome and a good 37/8 miles to boot.   James G 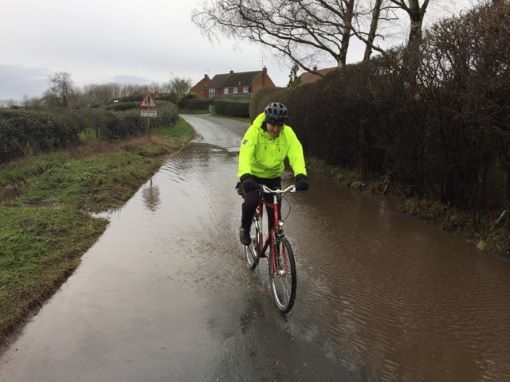 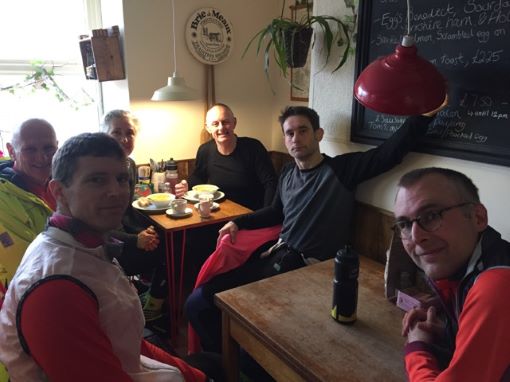 All rides cancelled due to Storm Dennis, but he did not turn out to be a Menace today. Seven hardy or foolish turned up to Hornbeam this morning it was decided that we would ride the de-posted calendar ride Route 183 to Myton-on-Swale. This proved to be a good choice as the storm had abated by 09.30 start time.

Then we encountered more and deeper flooding at Myton. We ploughed on towards at the reward in Plenty cafe in Boroughbridge with hot coffee cakes and more as the rewards for braving the day.

On the return we discovered that Dennis did have a sting in his tail, with a very stiff head wind to slow the progress on our regular route back into Knaresborough via our favourite finish up the hill to the Golf club.

Then the group split to go our ways home and in my case some 200 meters from home I suffered a blow out on the rear tyre, so walked the very last bit home; that must have been Dennis the Menace! Grant D