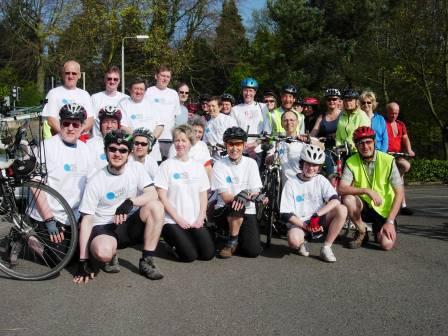 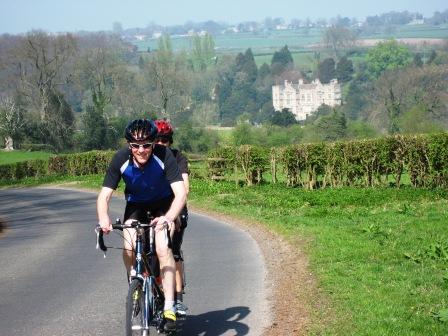 Wheel Easy’s 50th Sunday ride, hugely enjoyed by 33 riders, could not have been on a finer day, as the photos show.

Long ride
Eleven riders set off to Fountains Abbey. The expected ride was to be 35 miles. Due to the fantastic weather I suspected that the enthusiasm of the group would lead to more miles being covered. From Hornbeam we went up Penny Pot Lane onto Hampsthwaite, Clint, Shaw Mills and Bishop Thornton. At the Drovers Arms crossroads Dave made his way home. The rest carried on down an idyllic ‘new’ route, almost free of cars, to the visitor centre and café at Fountains Abbey. Here we ‘lost’ another rider who made his own way home.

The group was joined by Nick on his new bike, much admired (envied?) by all, which weighed less than the cake I was about to eat. There was a fantastic selection of cakes which after consuming, prompted Malcolm to suggest a longer ride, causing an enthusiastic mutiny by six of the group. Nick set off on his steed for Easingwold, and three lonesome riders continued via Markington, Bishop Monkton, Copgrove, Farnham, Knaresborough and home. A great ride.
PT

The six headed west to Sawley and then climbed steadily before skirting Brimham Rocks. From here Jon led a magical mystery tour with several novel twists starting with a magnificent descent down Stripes Lane. After crossing the Nidd on a tiny toll bridge, there was a short break to admire a fine and unusually large packhorse bridge close by. A hard climb soon followed after Birstwith but this was amply rewarded by the coast down to Hampsthwaite. At the A59 three riders continued to Knaresborough and Jon led the others west for a short distance and then on bike paths through Jennyfields to the A61 and into Harrogate. We were very pleased to welcome new Sue who is in training for her fourth Mencap fundraising ride, this time in Brazil.
MM

Medium ride
Today’s medium ride was in danger of being longer than the long ride but we scraped in at 28 miles so kept our title!
The ride to Eccup reservoir via Kirkby Overblow and the Harewood Estate is a treat of a ride especially on a still and very warm April day. I did hear the odd complaint that we were too early for the bluebells but we saw young deer, red kites and lots of walkers and cyclists.We also learned that the reservoir was built in 1897. After Eccup we crossed the A61 to Manor Lane and headed to East Keswick and across the Collingham road.
At the footbridge over the river Wharfe, Eric, a former resident of East Keswick told us how the village had bought five acres of woodland adjacent to the river, to preserve it and subsequently are making charcoal which they sell in the village shop and is far superior to the chemical laden charcoal sold for barbecues!
At Sicklinghall we looked at the willow being grown for biomass fuel, moved on to discussing the pollution at Drax and then Joe S suggested we shouldn’t believe everything we read in The Guardian.
We arrived in Kirkby Overblow in time for those who had a 2 o’clock deadline to get home for Sunday lunch.
Well done to Joe, Denis’ grandson who rode with great energy, enthusiasm and common sense. Also to our visiting member Margaret who we hope will join us again.
Details of this route are on the website ride routes No.43.
GM

Short ride
Today, eight riders left Hornbeam and kept south of Harrogate which interested Caroline as this was all new to her, having led many rides herself but not in this direction!

Having warned everyone including the three new riders to Wheel-Easy there would be a small amount of manual lifting along the route, we all set off in good spirits in wonderful sunshine. However, after leaving Crimple and through Hookstone Woods to the edge of the golf course towards Sainsbury’s it became apparent that there was an event on at the Yorkshire Showground which meant through traffic and the lifting of our bikes over the fence was not necessary! We sailed down towards the busy Wetherby Road. The hardest part of this journey was getting across the road from all the traffic entering and leaving the tip!!

We continued through Starbeck and along the cycle path towards the Beryl Burton path into Knaresborough. A short stop was made to allow Max to remove his winter high vis jacket which he’d not done before for fear of being reprimanded by the rider leader for not wearing something bright!

A pleasant cycle along Waterside followed by a couple of hills out of Knaresborough finished the ride off before we all went our separate ways. 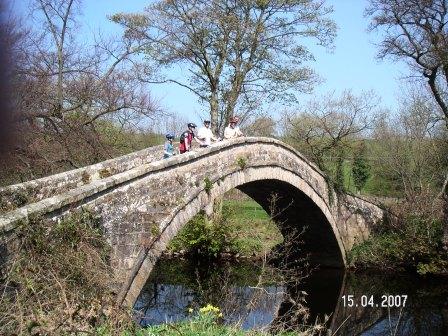 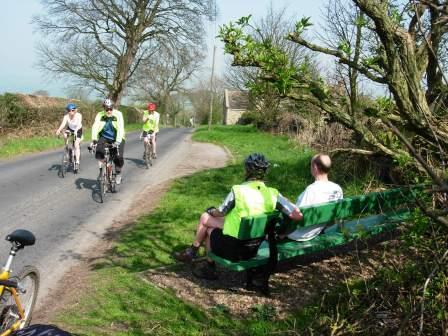 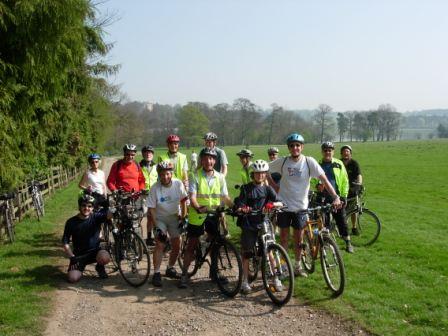 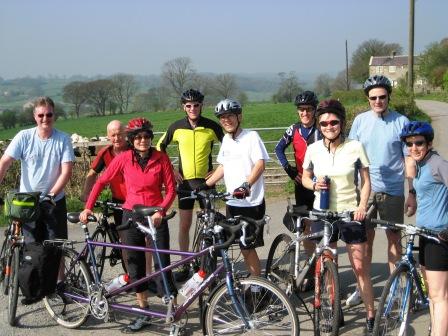