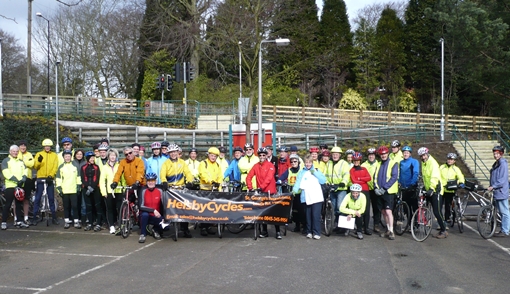 Wheel Easy’s 100th Sunday ride was a tremendous success, very much thanks to all the preparation by Martin who organised all the routes and led the long ride, and to a bit of luck at last with the weather. His press release sums it all up:

Wheel Easy Cycling Group has donated £s;100 to purchase three bicycles for Midwives in Africa through the charity “Good Gifts”. The donation was to celebrate 100 Sunday Rides and its 100th New Member. Sunday 30th March, the day of the 100th ride, was a special day for the club and there was a spectacular turnout of over 50 riders meeting at Hornbeam Park.

To start the day Will Helsby of Helsby Cycles presented Jean Battison, the 100th new member, with a special gift of a new cycling bag. Will Helsby said, “I am delighted to be associated with Wheel Easy – their members have done a lot to promote cycling and work towards improving the environment in Harrogate and the surrounding area”. Jean was delighted with her award, and as a regular rider on the Saturday 0-30 rides and on Sunday mornings she will make good use of her gift.

Gia Margolis announced the Charitable Donation to Good Gifts and then three rides set off towards Knaresborough where as a first stop everyone met up at the Riverside Café.

The long ride was 100k and riders enjoyed an ever-brightening early spring day through the countryside to Great Ouseburn, Boroughbridge and Fountains Abbey before returning to Harrogate. The short and medium rides took routes closer to home but all equally enjoyable. As the feel of spring-like weather came through with the sunshine, groups of riders also set off on longer rides, including to Brimham Rocks.

These are the comments of some of today’s riders:

‘Wheel Easy has given me a passion for cycling and made me realise we live in a beautiful part of the world. The challenge and camaraderie of the 100th ride was as enjoyable as all the others. I look forward to the next 100.’

‘It was a great day……Wheel Easy, Yorkshire’s premier leisure cycling group with something for all abilities. (I think actually it may be the premier cycling group, full stop)’

‘Since its inception Wheel Easy has given cycling a higher profile in Harrogate. I have made many cycling friends through Wheel Easy, and put in more cycling miles than I might otherwise have done. I am also pleased to belong to an organisation which supports the community, donates to overseas charities, and raises issues relating to climate change. But most of all …. we have fun!’

‘Thanks for a lovely morning. It is interesting that vertical cliffs, peaks, summits and steep slopes are gradually turning into gentle slopes and undulating countryside — this is to the east of Harrogate mind you I am not talking about the Himalayan and Rocky Mountain experiences to the west of Harrogate, but in another few years I might be saying the same about them. Thank you anyway for thinking of such a good idea and carrying it out.’ 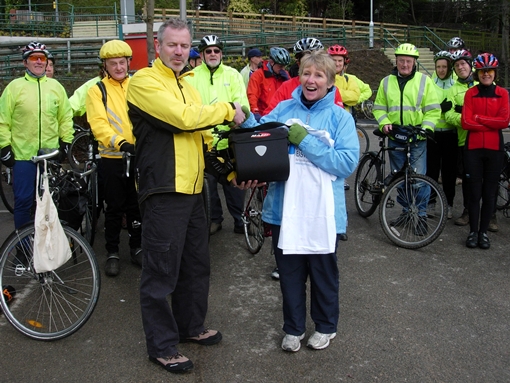 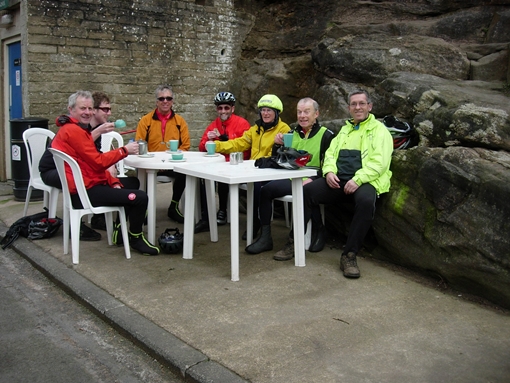