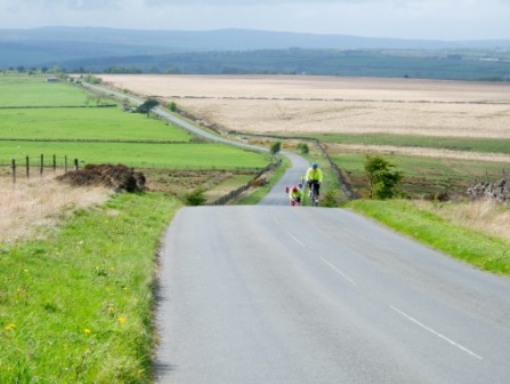 Short Ride: Seven short-ride, slow riders and a pink passenger set off into a light head wind, towards St. George’s Roundabout and the open road.

We made a good pace up towards Rossett, via the end of Rossett Beck and onwards to the Squinting Cat and a lovely hill down enabling us to gather enough speed to fly up the inevitable incline, with comparative ease. Along Lady Lane, our tour naturalist spotted a weasel or a stoat and two kestrels. At this point it was decided that the ride should be extended to Beckwithshaw, as all were feeling fit and ready for more.

On our way back to Harrogate we stopped off at Betty’s, Harlow Carr, and to refuel the pink passenger. From Harlow Carr we followed the leader’s favourite path though the field edges to Harlow Moor Drive and back to Hornbeam Park via Pannal Ash Drive, Mallinson and Fulwith areas. Pink passenger, family and friend gleefully noticed the welcoming slopes of Almsford Bank and headed for home, as the rest of the group returned to Hornbeam Park. An enjoyable ride of 13 miles, in good company, accomplished in an under-whelming nearly 2 hours. CG

Medium Length Ride: The weather today was quite blustery so naturally the route planned took us into the wind and eventually to the highest point around. The route started through Harrogate to Bilton and on to Hampsthwaite, Birstwith and Darley before encountering the dreaded Sheepcote Lane. Impressively all made it to the top of a steep and sustained hill to emerge at the bottom of another hundred yards of “steepuphillness”. It might just be the case that one or two dismounted at this point, but I did not see it. Notably Dennis and Geraldine were seen floating up and up effortlessly to the top.
One other event of note was the early de chaining of Crawford’s bike before we had got to the Harrogate boundary. On enquiry Phil also suffered the same fate or perhaps I misunderstood who it was that caused a ten-minute delay and the prospective formation of a search party. By consensus the party did not stop at the Sun Inn, which is just as well since it was closed anyway. So on we went to Norwood before turning downwind to go downhill to Beckwithshaw. The direction of the wind today is in my experience opposite to the norm.
From Beckwithshaw into Harlow from where the party of 13 all split off in various directions as per the usual Inter tradition. SB

Long ride: Twelve riders set off on a hilly dales route into a strong westerly wind through Beckwithshaw and on to Fewston Reservoir. The route continued through Timble, up onto the moors and down into Asquith village. From there we made our way to Ilkley for the first café stop and after refreshments continued in sunshine on quiet lanes up through the Wharf Valley to Bolton Abbey, the Cavendish Pavilion, and back lanes to Appletreewick.

A hard climb followed up to Stump Cross Caverns where we stopped for a late lunch and sheltered from the heavy showers that were scudding across the moors. From Greenhow Hill it was then down Duck Street onto Menwith Hill, past the Sun Inn and returning to Harrogate via Beckwithshaw.

The total mileage was about 52 miles, and one rider recorded the total ascent for the journey as almost 1100 metres. This was certainly a challenging ride and the twelve riders who took part showed how well the stronger riders in the Club have progressed after a year of Wheel Easy.

Highlights:
• Sue managed the whole distance and kept on the pace on her mountain bike. This is no small achievement and it will certainly maintain her fitness for her Brazilian epic ride for Mencap in a few weeks time.
• According to Dave Preston the teacakes at the Avanti Coffee shop in Ilkley achieved a 5 star rating, (and Martin managed to get an extra one for free).
• Unfortunately, we lost Steve after Stump Cross Caverns but Martin received a call later in the evening to say he had made his way back via Pateley Bridge.
• This was after Martin and Yvonne got home to find themselves locked out, and having to call out the emergency locksmith – an expensive cycling day at £135! 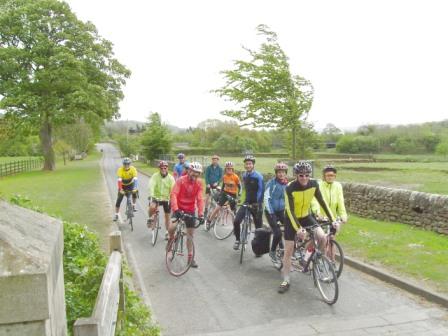 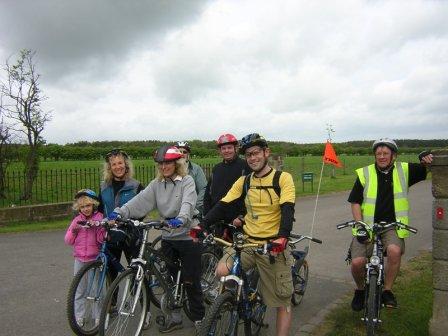