Lovely sunny day, but a forecast of rain in the afternoon. There were zillions of people who opted for the Wanderers’ ride today (well, maybe 30), but obviously too many for a single group. Fortunately, several members knew the route and were willing to lead sub-groups; thanks to Brian, Mike, Kevin and James (I think..) for stepping up to the plate. Nicky in our sub-group was very new to Wheel Easy, but a very competent cyclist. Anna (Mike the vet’s daughter) and husband Richard also joined us. Paul B noted that there was a majority of electric bikes in our group. Through the showground to Rudding and Follifoot (where I was berated for being too technical and using scientific terms – Mike the vet understood) and on to Spofforth, where we took the Harland Way to Wetherby, where Dennis left us. Over the bridge and along the cycle path to the roundabout, and then along the beautifully paved road, towards Bramham. Left over the A1 and then right towards Tadcaster, and then left towards Boston Spa to pick up the new-ish cycle path from Newton Kyme to the trading estate. Coffee outside at the usual café, where we met up with most of the other groups. Back to Wetherby along the newly resurfaced cycle track, and then home via Kirk Deighton, Little Ribston and Knaresborough. About 37 miles. Joe S. 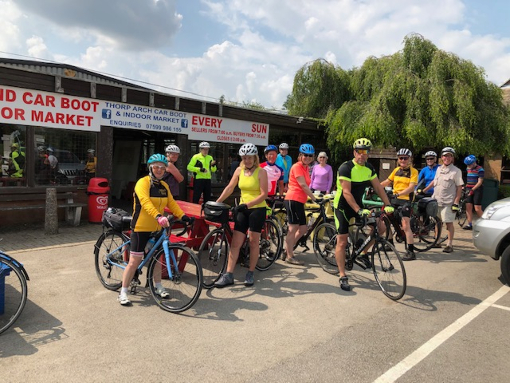 We were a group of eight who set off on Joe and Geraldine’s route and made it up as we went along. We lost two, who opted for a diversion outside Tadcaster, but later rejoined near Thorp Arch. A good stop was enjoyed at The Lemon Tree in Tadcaster and then back via the Newton Kyme cycle path with a photo shoot on the viaduct and then on the now ultra smooth Walton to Wetherby cycle track following recent resurfacing. Great weather and back home before the rain showers. Thanks to all for the company and just under 40 miles for the round trip.  James G 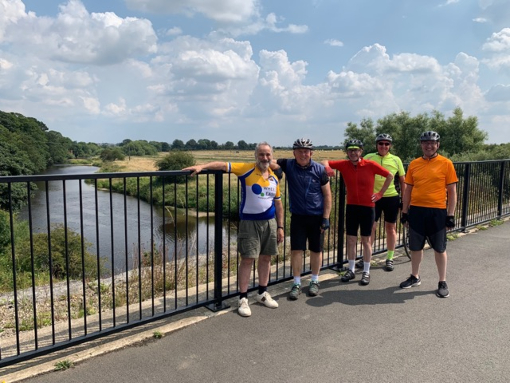 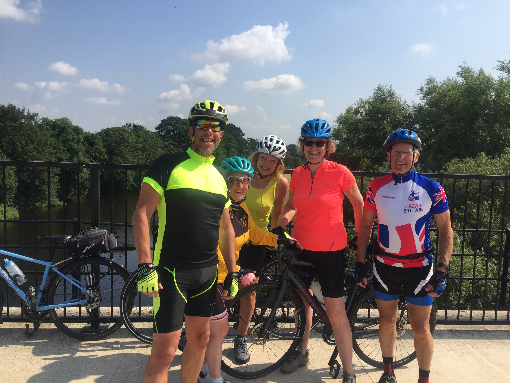