A group of ten left the showground and met up with a group of five at Ripley making it the largest group we have had on a Wednesday. However, James sorted us out into three smaller groups. It was good to see Sarah R return to the Wednesday ride. The route was Greenway to Ripley, up Fountains Road / Scarah Bank, The Drovers, Watergate Lane to Fountains, through the Deer Park and coffee at Tates. Martin, Stuart and John left us at Fountains for coffee at the visitors centre. As always conversation over coffee was interesting and varied. The group discussed Ebikes, cycle routes, cycling on the Stray, Boris, holidays and the excitement of another grandchild expected today for one of the group. We look forward to hearing the good news! The route home took us to Bishop Monkton where Gia and James headed towards Knaresborough and Kevin, Sarah, Monica and myself took the Markington route home. As always a good 35 mile ride in great company. 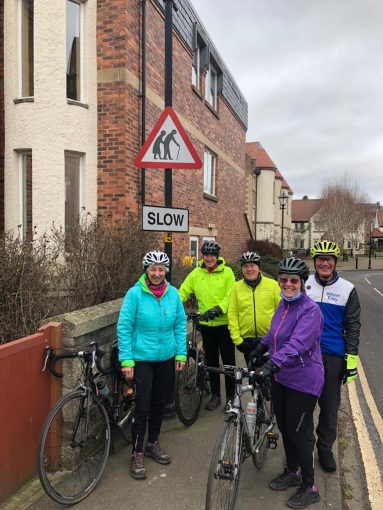 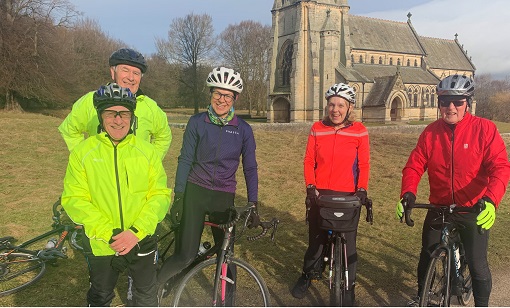 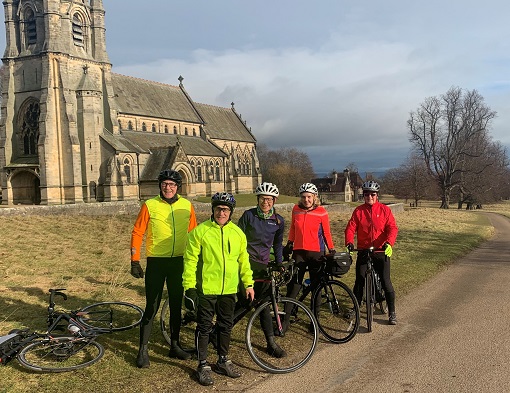 With my reputation for hills only five brave souls or ‘foolhardy’ joined me on this epic cycle ride. Colin said he wanted to be home before midnight and I could not persuade him to join us. Mike Wills, Margaret, Nicky, Sally and Steve and I, set off for Bilton Cross where Mike Pyle was waiting and also forgo my offer to join us. On to Ripley and Corinne and a few others were waiting for the other groups, but no one else would join us, at least this time I was not Liz ‘No Mates’. The wind was not blowing like last Wednesday, a slight headwind as we ascended Scarah Bank and on to Watergate Lane. Down towards Fountains and a sharp turn up to the lane to Sawley. Storms Malik and Corrie had taken a few trees down, a very large tree, really snapped in half caught our attention, so caution was the word as we cycled along the lane. Suddenly a voice said ‘Where are you my little one’ I shouted back, ‘I am down here on my bike’. The mysterious voice replied’ I was looking for my grandson’ hope she found him!! At Sawley we decided for an early break and went to G&Ts. If we had phoned to let the owner know we were coming she would have baked scones, so no scones but the teacakes were good. After hilarious tales of Mike’s bedroom antics of sleepwalking and funny dreams, a Barbary Monkey stealing his credit card and running off with Mike chasing him downstairs, fighting ghosts in the wardrobe, we wanted to know what bedtime pills he took. My five brave wanderers decided to carry on to Greygarth as we left G&Ts down the hill and then up to Grantley where we turned up the lane to the top road. Wind had picked up but it was not too bad just hard work cycling into it and paused for breath at the top. Nicky said where is Greygarth? After pointing out where roughly it was far away on the moor, I think she realised this was quite intrepid. Swooping down to turn left onto the lane up to Greygarth the wind ceased and it was a lovely cycle up. Sally, Nicky and Steve decided to summit to the monument and look at the views over the moors. Down the road through the woods where more trees had blown down and on to Kirby Malzard. On to Galphay, up Studley Royal Park, no deer about, then Watergate Lane, Markington, Ripley and home. A lovely cycle ride, good company, 46 miles a few hills, lots of laughs, well done all. Liz F. 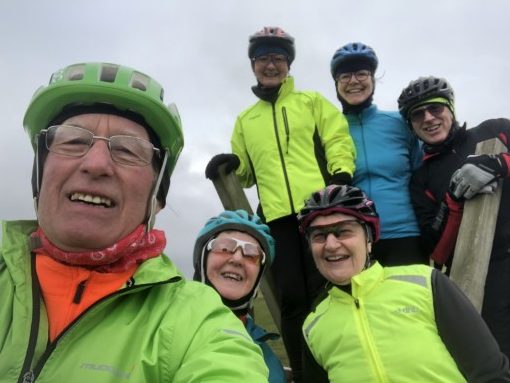 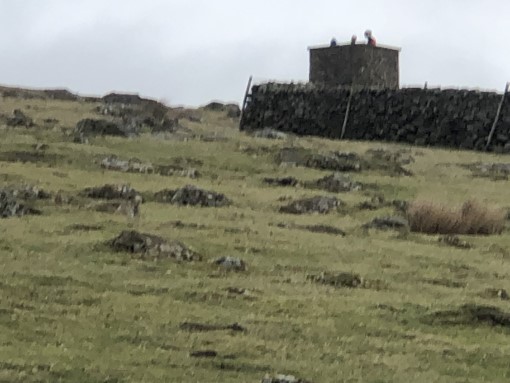 An intrepid group of 7 struck out in the bleakness towards Pannal and its crumbling Main St, passing by the busy golf course, crossing the very busy A658 (what would John Metcalf make of it now ?!), floating down through Follifoot and slipping into Spofforth where Brian and Dennis headed back for an early lunch.  Bob, Paul, Justine, Sarah & I talked fondly, well reminisced really, of skiing and holidays over refreshments at the Castle Inn – Bob remembered to pay after he’d left, so we can go back again !  Then we headed off to Little Ribston (photos) and on to Abbey Road, swiftly up Bland’s Hill and Forest Moor Lane.  No train delays meant a nice gentle ascent up Forest Lane then on to the shelter of Bilton Hall Drive and Bilton Greenway, gradually taking our leave of each other as we wound our way home through Harrogate. Yvonne D. Approx. 22 miles and 1,453 ft. 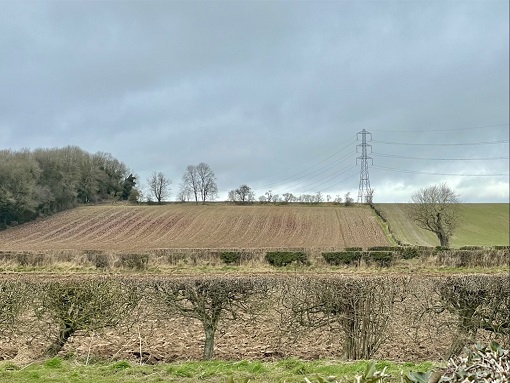 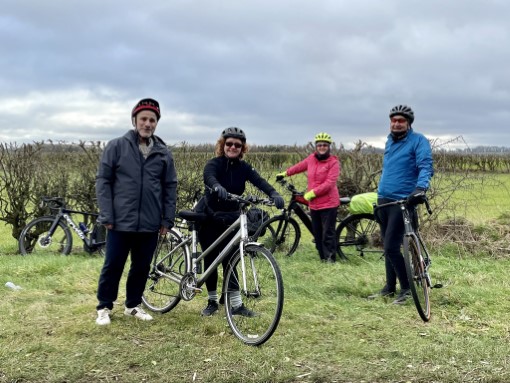