On a pleasant cool morning Gordon, Dennis and Paul joined me on the short ride. Our route took us through the showground and Stonefall park and along Abbey Road. Dennis suggested an alternative route via Breary Flat Lane and the ponds to get out towards Scriven. We continued along the country lanes to Nidd and made our way to Ripley Castle for morning coffee. We returned home via the Greenway. 19 miles. Christine 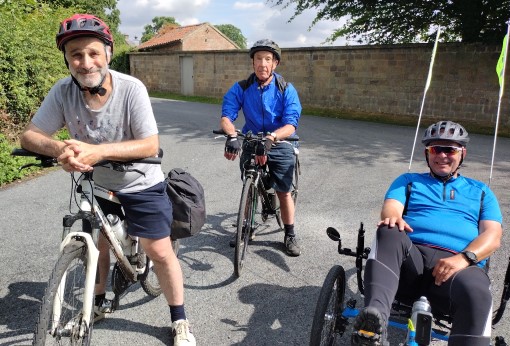 The middle group comprising two Mikes, Dave, Karen, Colin and Liz made steady progress with three stops along the way. One for the photo at Clifford, one for a surprise appearance of Colin and Liz on a replica TV spotted in a garden in Boston Spa, and the third for the well earned coffee/lunch stop at Thorpe Arch where the third of the Wanderers groups caught up and and made a happy gathering of 20 before it was time for the short return ride to Harrogate. Thanks to Tim (T2) for leading group 1 and to Liz P for leading group 3.   Mike P 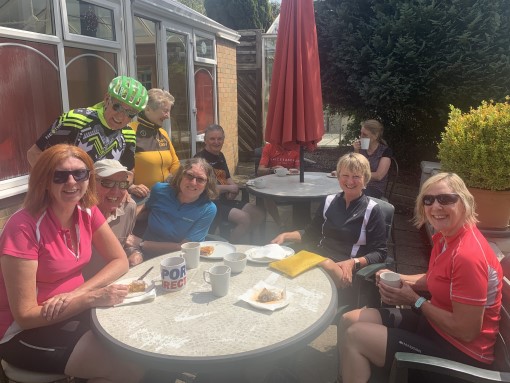 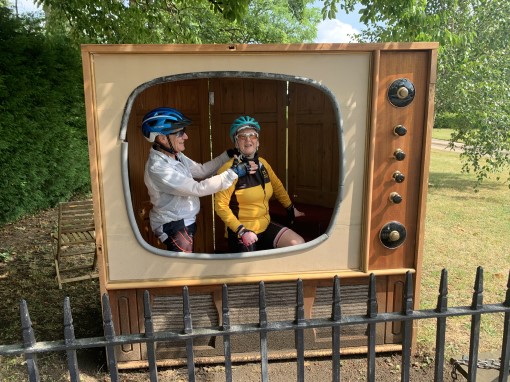 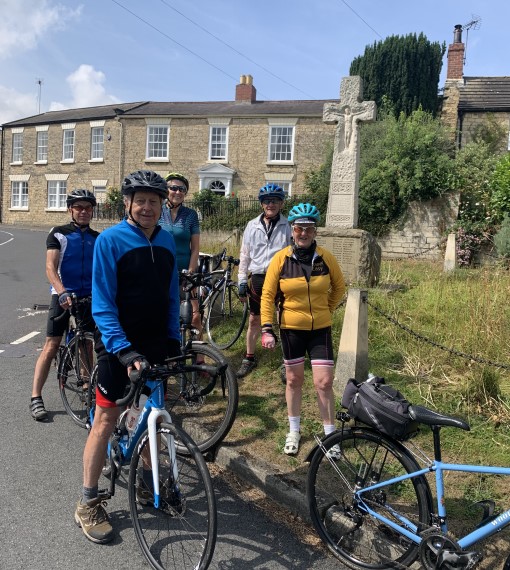 Six riders Marc, Rich, David, Tim and two electric Mike’s were first to leave the showground soon to be joined at Kirkby Overblow by Mike the Vet on guess what his electric bike, I think we had the full set! With all this wattage a very brisk pace was followed. We were joined at the Thorpe Arch cafe by the main group, Mike Clarke and Mike Wills opted to stay longer and chat with the remaining five heading off back to Harrogate. About 42 miles at an average speed of 13.5 mph. Tim (T2). 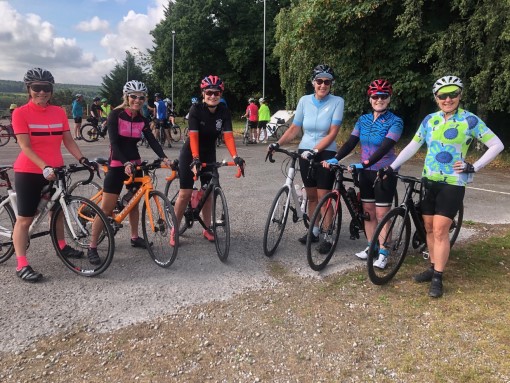 9 young bucks set off for Grassington via Greenhow. T1 pulled off there – partly due to a tyre “failure” that Chevin replaced under warranty later in the day. Tea & cake in a busy Grassington before heading down to Appletreewick & then a deviation up Langbar – it seemed a good idea at the time. Back via North Rigton on what turned out to be a lovely day with some gorgeous views that we are blessed to have here in North Yorkshire. Various top speed over 40 m.p.h. on the downhill sections as well. 64 miles. Tall Tim. 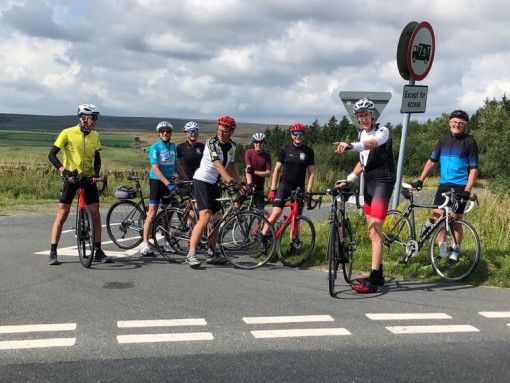 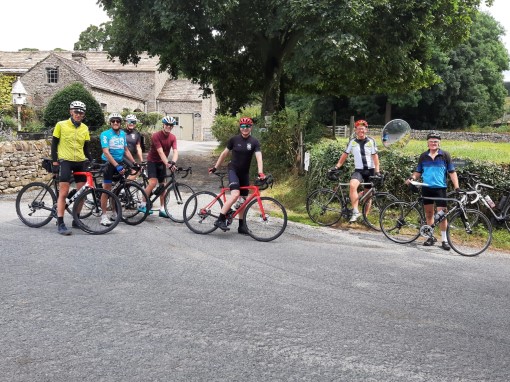