With awaydays and long rides taking place along with the forecast of good weather there was a lot of choice for WE members this morning. Ten riders were at Hornbeam who decided to ‘follow me’ on the first official Wanderers ride of 2021. I had chosen a relatively flat ride as I wasn’t sure of the riders fitness. We discussed the best way to get to Knaresborough due to the 4 way traffic lights on Forest Lane Forest Moor Road and Hookstone Chase but in the end we just went for it. Once through the road works we made good progress to Farnham, Arkendale, Marton cum Grafton to Great Ouseburn. Through the Upper and Lower Dunsforth’s, Alderborough and coffee at Plenty in Boroughbridge. Denis was with us on his electric bike but headed for home at Aldborough. Really good to see him out. A quick wave to Mr and Mrs Weeks who were tandemising at the market cross. Three riders wanted to get in a few more miles and left us at Boroughbridge. We remaining six headed for Roecliffe and the bridle path to Copgrove. Brian led us through the Mount Garrett estate to Nidd and Ripley before we hit the Greenway and home. It got out hot. My thanks to Brian for route suggestions and to Mike W who acted as sweeper. Great ride. 38 miles. Colin B 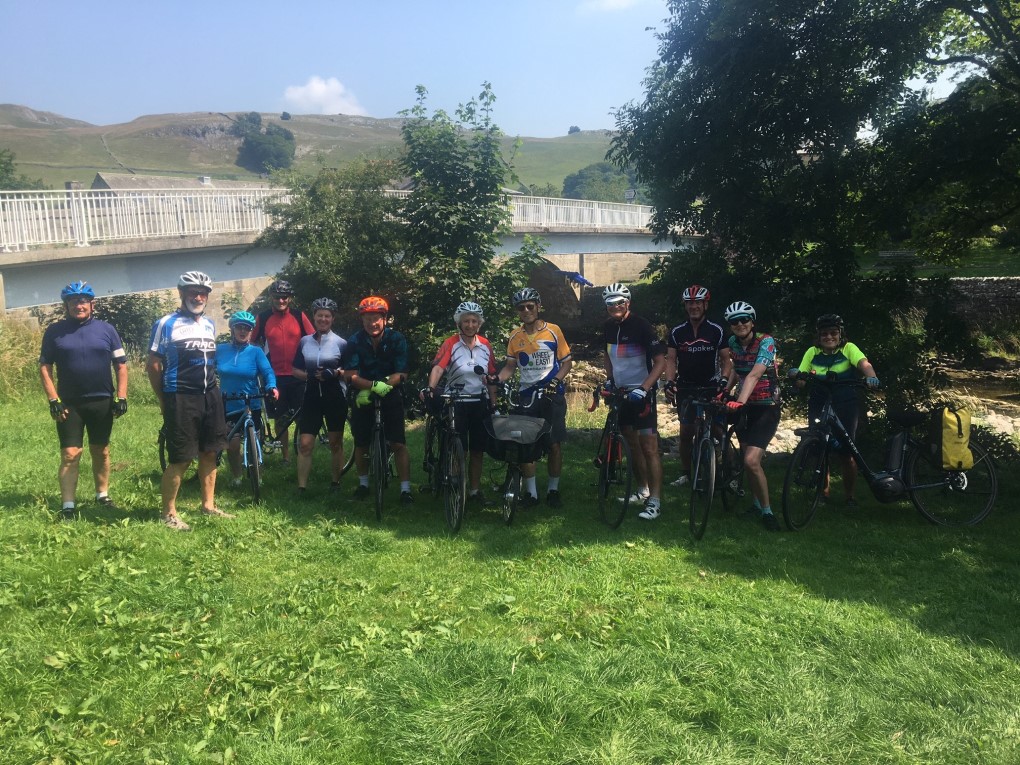 After a 22 month absence the awayday ride started up again with 22 eager cyclists gathering in a pub car park in Gargrave to tackle a route around the local area. After welcoming some members that hadn’t seen each other for sometime the groups gathered to set off on what was an overcast sky which was a blessing after the very hot weather the previous day.

As with all Mike Clark’s routes we had a short ride on the canal towpath and then onto the lanes and gated roads (how does he find them?) and some great views over to the familiar hills of the Yorkshire Dales. With the good weather farmers were out in abundance and there was a lot of negotiating tractors and trailers but we had a great ride to the lunch stop in Fiezor and Elaines Tea Rooms where we met up with the faster group who were enjoying their lunch in the shade.

The sun had now come out and it was getting hot and so we certainly enjoyed the good food on offer and great service- no wonder its so popular! The return route took us around Settle and some new paths and then a final run back into Gargrave along the towpath with the e-bikers leading the way as the heat began to take its toll.

It had been a great 45mile ride with not too many hills as we spent a lot of the time  catching up with everyone’s news, enjoying great riding and realising what we had missed with the awaydays being cancelled. We finished up by enjoying drinks and/or ice creams in the hostelry which was a perfect end to a great day.

Thanks to Mike Clark for a great route and all his organisation and to Steve Wright for leading the group and to everyone who turned up and made it ( for me) an emotional return.

Lets hope we can look forward to more of the same. Kevin 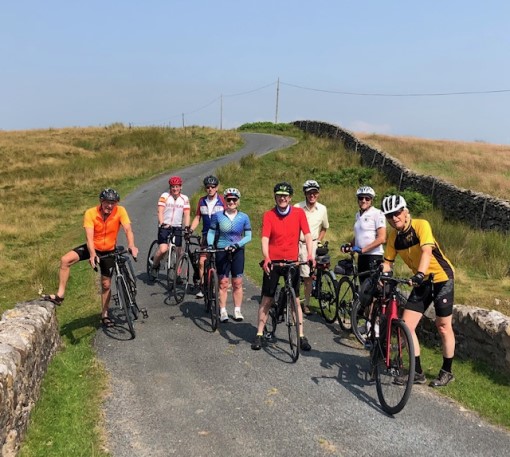 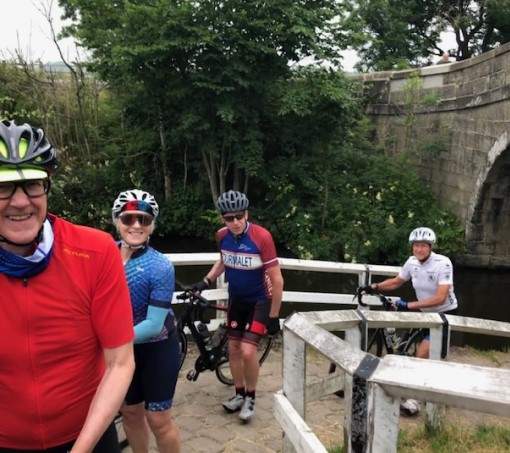 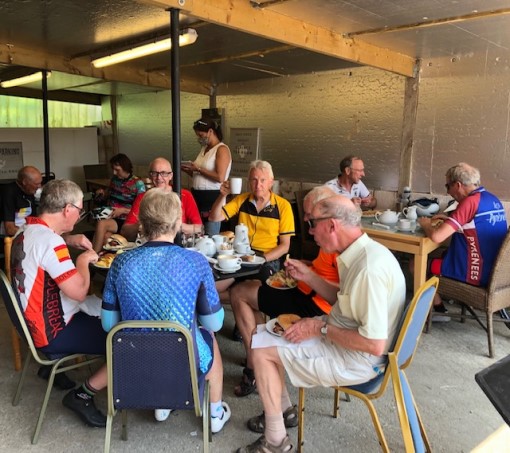 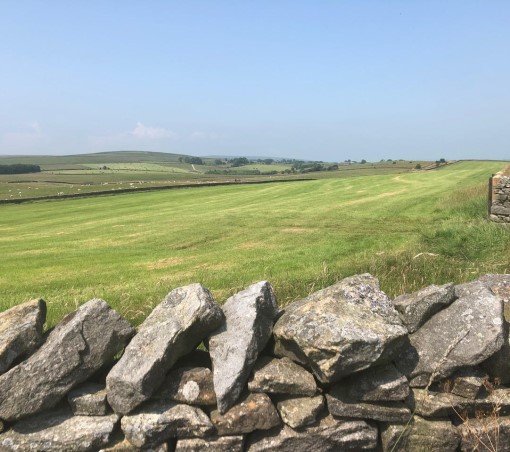 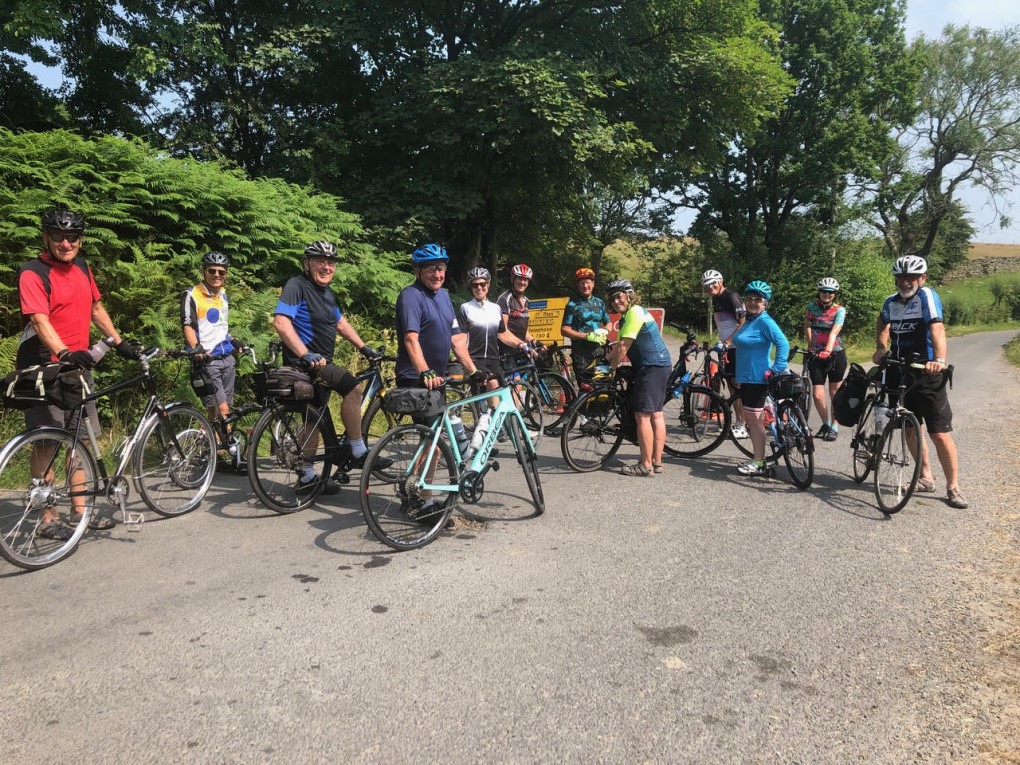 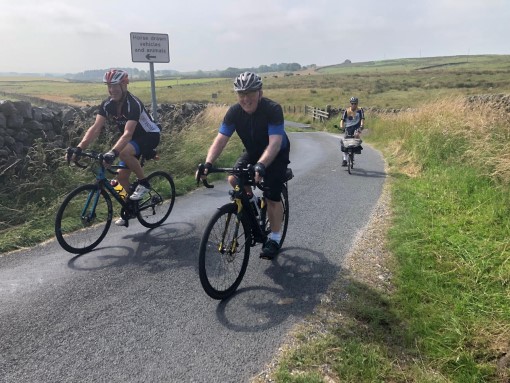 Medium Plus Away Day

Starting from Bolton Castle in cool conditions, we wiggled our way north west up to the Richmond & the 1st climb of the day as the sun came out to play. Then heading west along the Swale valley with the temperature climbing; a detour up the sharp hill to Crackpot (yes, really) and then along to Thwaite and the climb up Buttertubs. Delightful views and countryside but it was right hot – even more so by the time we descended down to Hawes and the delights of Wensleydale. A simple jaunt back east to Bolton Abbey & 56 miles completed with 4,850 ft of climbing. Tall Tim. 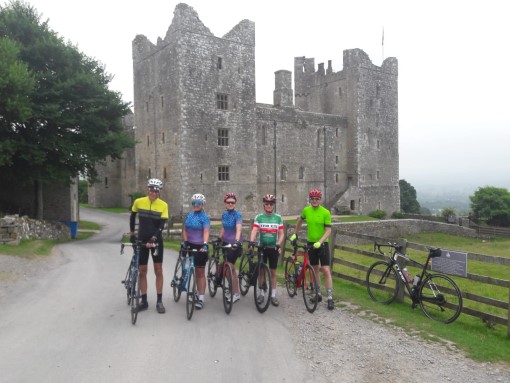 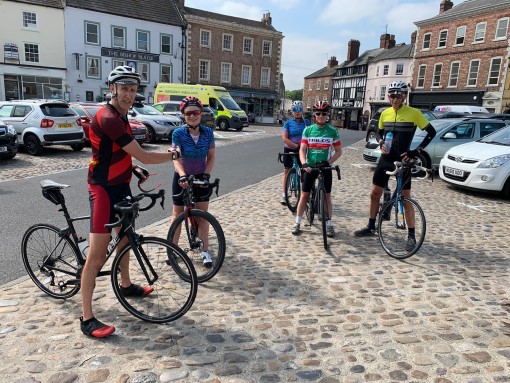 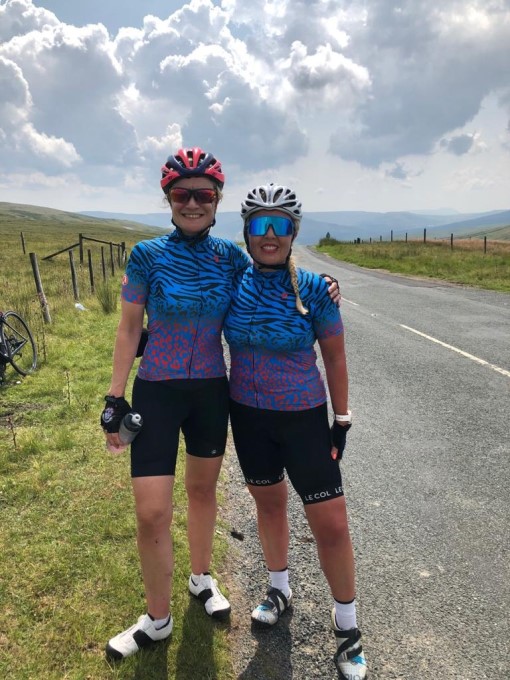 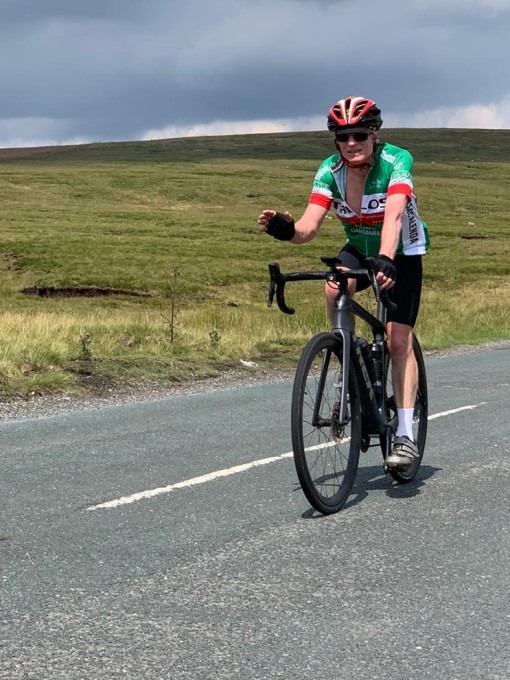