The Short Ride today was to Fewston Farm shop and then a group decision to which way to ride back. Sue, Paul, Brian, Kevin, Dennis, Dave (apologies if I got any names wrong) and me set off to the Greenway and on to Ripley. The bluebells and garlic looked and smelt delicious as we cycled along the Greenway. Another short rider joined us making eight. Ripley was busy, but the highlight was the bluebells in Hollybank Woods, where we stopped to admire the colourful display and Dave took the group photo. On to Clint Bank and down to Hampsthwaite, at the church gate I told them to look for the mice on the gates carved by the famous mouse man furniture maker, Robert Thompson. Dave shot off to Sophies for the loo, saying he would catch up later. A chap by the church gate, told us Joshua Tetley of the brewing family, was buried in the church yard. Also, there was a grave of a woman who was only 31 inches tall, interesting place to visit Hampsthwaite church. After everyone had a rest now seven, we climbed to stunning Nidderdale views. Dave had disappeared and not caught up; Sue left to return home. On to Kettlesing up to the A59 and crossed over the busy road. Dennis shot off like Superman to tackle his dinner and that left five. Along Pennypot, the lovely swoop down to Fewston Farm shop, where we found Dave. The bacon butties and cakes were delicious as usual, but the prices have gone up quite steeply so no longer a reasonable priced café shop. After quite a few climbs, a few were feeling the legs, so home via Little Almscliff and Harlow Carr Hill. Where everyone seemed to splinter into different directions, hope everyone got home safely and I did not challenge you too much with the hills. It was a lovely ride with stunning views and lovely wild flowers 25 hilly miles. Liz F 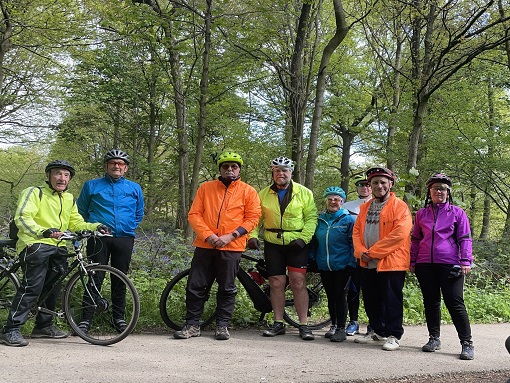 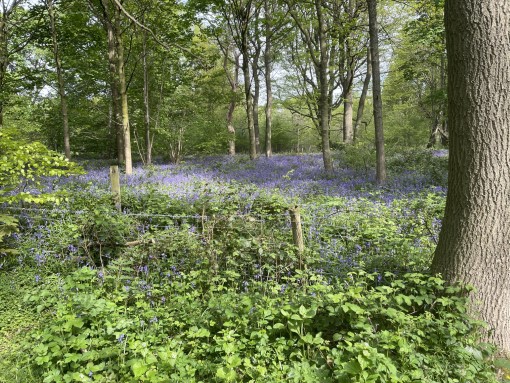 Not so many riders out today, despite Tomasz Schafernaker assuring us the day would warm up and improve.  Many riders were clearly resting after doing the Acorn Ride yesterday so the main cohort were for the Medium Plus ride, lead by Richard Leake. The group contained a worrying number of Fast Boys for my liking but the first half of the ride was easy, so no problem!

Richard was having a very busy day and, as far as I could tell, was leading from the front, middle and back – sometimes simultaneously.  The day was gradually warming up and excellent progress was made through Ripon, Hutton Conyers, Wath, towards Carthorpe and then through the beautiful, historic village of Snape.  We arrived at Thorp Perrow Arboretum just before 12.00 noon so it wasn’t too busy and lunch arrived with lightning efficiency.  Not much rest for the wicked there but at least there was an opportunity to re-arrange our wardrobe and remove as much clothing as humanly possible without getting arrested.

Then the hills started!  It all began innocuously enough by heading towards Masham which involves one of the finest descents in the Wheel Easy calendar.  Thereafter, through Grewelthorpe, Kirkby Malzeard and Fountains there are quite a lot of hills of varying length, gradient and swoopiness which, pleasingly, taxed even the younger, faster elements of the peloton.  By this time we had blue skies with evenly spaced fair weather cumulus and the day was simply a delight. We returned via Ripley and then what the website described as “The Gren Wat” – don’t you just love predictive text!

Thanks to Richard for keeping control of us all and to Peter J who quietly and unobtrusively lead the group when Richard was elsewhere.  As advertised, 57 miles. Helen T 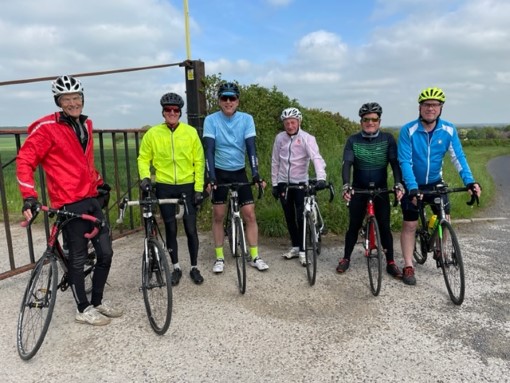 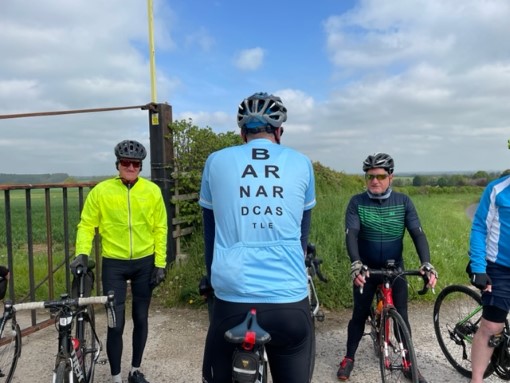 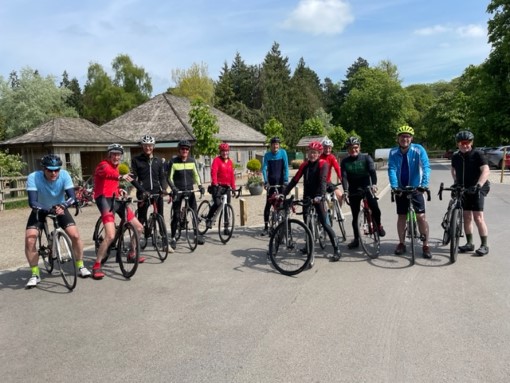