After deciding to have a lie in as the rain pelted down and not sure what the weather would throw at cyclists today, I decided to give the official rides a miss. I emerged from my pit and thought it was not too wet and I would attempt a cycle ride and possible hope to meet up with other WE cyclists who had braved the weather. I decided to set off for Fountains and Brimham and to turn back if it was too wet. The Greenway track was full of water, leafs and nuts but at least it was not raining, on reaching Ripley I looked around but no WE was in sight. Climbing up Scarah Bank, there was a massive hole on the other side and cars were hurtling towards it and I heard a loud bang as a car hit the deep rut I just kept going uphill as fast as possible for my own safety. There was no road warning signs so cyclists beware coming down Scarah Bank it is on the bend you have no warning a large hole is there. I pulled into the layby to have a drink and to work out where I was going and David Rowson appeared. David had the same plan as me and we set off together along very wet roads full of water. Going down Gipsy Lane a large deep pool of water spread across the road the only shallow bit was on the right hand side of the road. David managed to get through. Making sure I was well in the side looking out for oncoming traffic, whilst I was negotiating the water a 4×4 with a woman on her mobile phone hurtled round the corner, did not stop came through the water at speed and sent a bow wave over me. Now feeling soggy and wet, at Fountains we stopped for a warming up drink. Then a lovely climb up to Sawley, onto the Risplith road, down to the toll road up to Birstwith then up to Clapham Green and down to Hampswaite. After negotiating up to Clint Bank and down to Ripley, a sponsored walk was taking place and volunteers were collecting for Osprey a mental health charity for young people. One of the volunteers said that 84 young men a week in the UK, 12 a day are taking their own lives what a tragic situation. No matter what age we should all try to help people with mental issues in this high pressured world and look at these angry young men with compassion and understanding. The rain held off 30 odd miles, David thanks for your company, I can’t take selfies like Mike Wills I need more training. Liz F 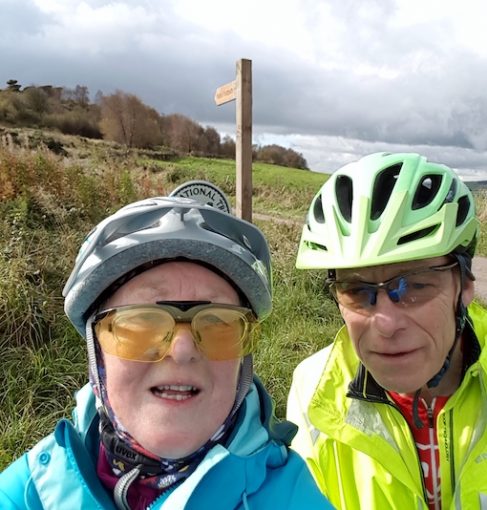 Billy No-mates Rides Again
Which weather report do you believe?  Certainly not the Beeb today or you wouldn’t have turned out.  However, comforted by the Met Office report and a gawp out of the window, Follifoot beckoned to intercept the proposed Medium ride.  No show, so on to Spofforth and another wait.  Still no show.  Then a wait at Li’l Ribston but again no show (not even Al D).  Never mind, let’s carry on to Wetherby, all the time keeping a weather eye out for wives of American diplomats.  But it became rather boring without the constant natter and scintillating WE conversations.  So, echoing the Duke of Wellington’s “Sod this for a game of soldiers.”, a course was set for the shelter and succour of home.  20m and neither jot nor tittle of rain.  By the way, the gun is on display at the Royal Armouries, Leeds. Paul B 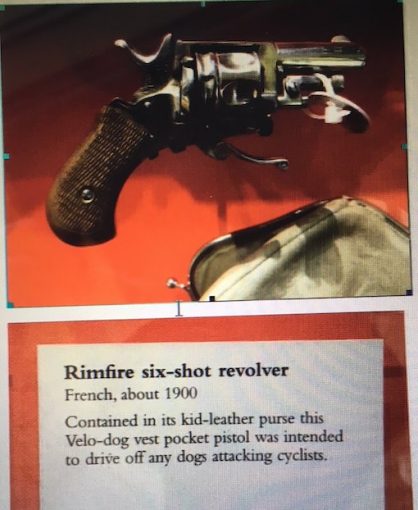 Only 3 brave [or daft – Editor] souls (Mike, Helen and Tall Tim) set out from Hornbeam this morning on the Medium Plus ride – except that the advertised route was binned before the ride began and a visit to Ripon for tea and cake was planned instead. Going out via Farnham, the roads were better than expected although there was the odd large puddle to contend with that meant wet feet were guaranteed. The clouds were very low and that forecasted rain looked imminent until we arrived at Ripon where it was suddenly brighter and warmer. A stop at the busy Oliver’s Pantry meant going upstairs; we were interestingly requested to remove our shoes for safety purposes. Then back home via Fountains, ever brightening skies and Scarah Bank (where repairs to the road are already in progress). By the time we snaked around Ripley the roads were dry and the sun was shining down on us – not a drop of rain to be seen. 31 miles with an average speed of 14 m.p.h. Tall Tim 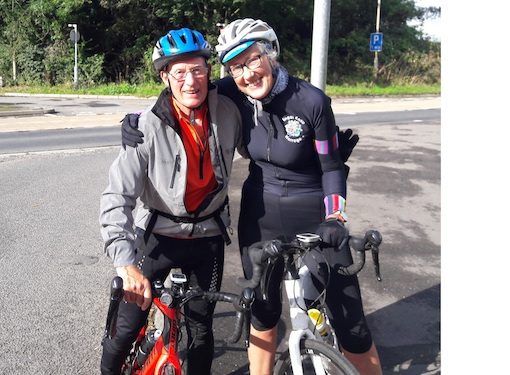 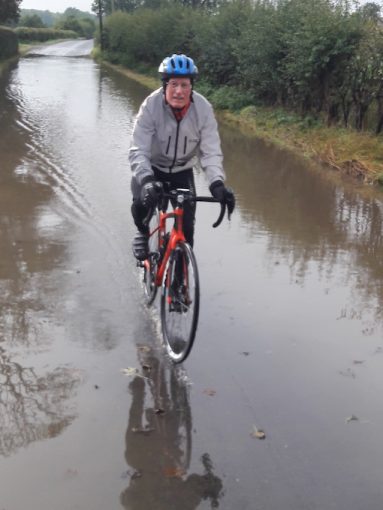 Unfortunately the awful weather forecast resulted in very diminished numbers at Hornbeam this morning, 8 to be precise, but we still managed to split into four groups and head off in different directions. Paul , Kevin and I opted for Ripon by a slightly more circuitous route and moderate pace then Helen B and Tall Tim. and after Knaresborough, Arkendale and Marton we took the direct route to Upper Dunsforth to avoid the beck between Lower and Upper Dunsforth that tends to flood and despite lots of standing water landed in Boroughbridge without getting wet. Coffee at the Courtyard cafe was taken leisurely and Paul then headed home through Roecliffe and Bishop Monkton, whilst Kevin and I negotiated lots of pools of water across the road through Skelton and into Ripon. Oliver’s Pantry was too much of a temptation so further coffee and this time toasted teacakes were taken before we returned through Bishop Monkton Markington and along the Greenway with just one heavy shower and also a bit of a soaking just short of home. A round trip of 50/55 miles with good company and a lot less rain the anticipated.  James G 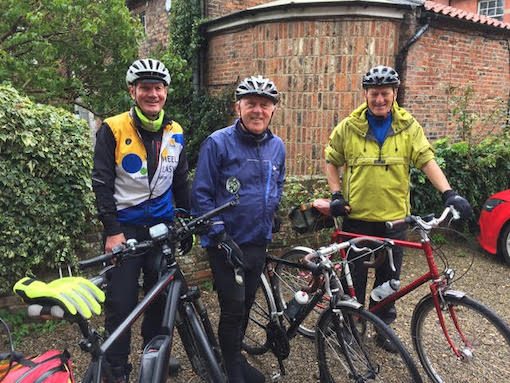