A record breaking group of six for this morning’s jaunt from Boroughbridge – Zoe (new to WE), Marian (returner to WE who had cycled from Harrogate to join us!) and ‘regulars’ Sarah, Sue, Mike and Fiona.
The rolling road, lovely scenery and lively conversation meant the 23 miles passed quickly. Sue and Zoe left us on the outskirts of Great Ouseburn for a slightly faster route back to Boroughbridge. We were disappointed not to enjoy a coffee at The Coffee Bike parked at the recreation ground in Gt Ouseburn, as high demand meant our barista had run out of milk! The Coffee Bike’s loss was Plenty’s gain and a very pleasant lunch and chat were had there by Sarah, Marian, Mike & Fiona.

Bob, Paul & Tall Tim set off to Wetherby via Low Bridge & Little Ribston under improving skies & temperatures. And an outside table was quickly found in the Shambles. We decided to return via Sicklinghall & Kirkby Overblow in order to extend the mileage & relish the views across to Harewood & beyond. 23 miles in total. 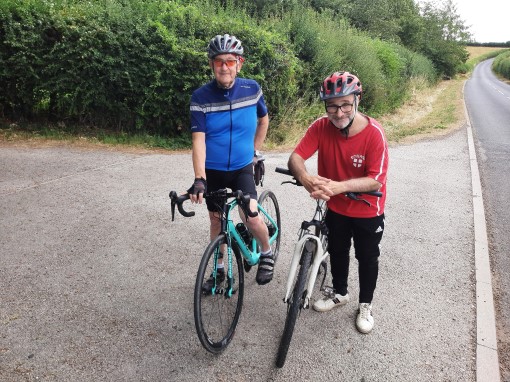 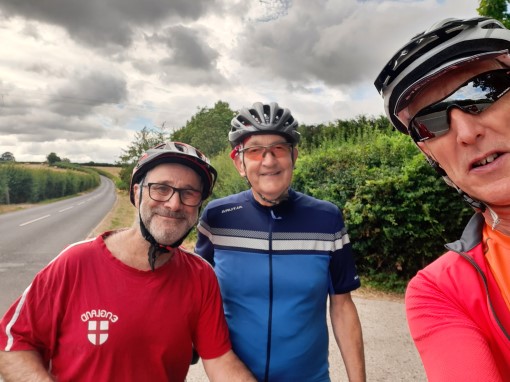 Twelve for Route 148 to Risplith and Brimham today. A must do ride that had it all: quiet lanes, busy B roads, grinding hills, technical decents, terrific views, clouds to chase, G&Ts cafe and good company. Yvonne, Sara, Liz F, Liz P, David and Connor came with me. Gia’s group comprised Paul, Karen, Monica and John and had a slight delay after G&Ts on Stripe Lane. Gia explains, “One of our group had a chain issue, kind resident came out to help. He produced tools and expertise as he is a bike mechanic! So thank you to Gentleman Steve and hope that you will as you suggested join Wheel Easy one of these days and we are interested in any other plans that you might have.” Tim Richards 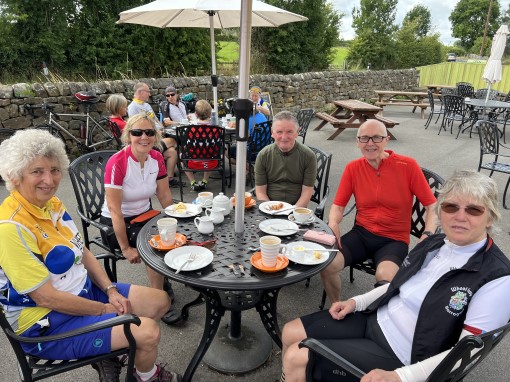 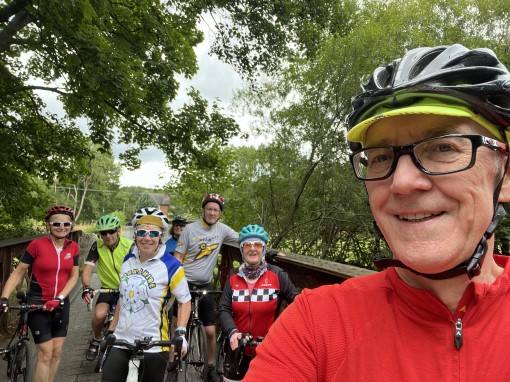 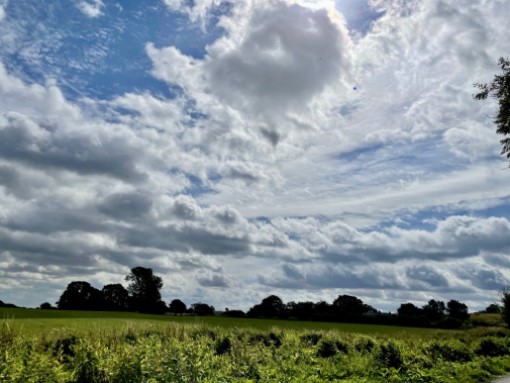 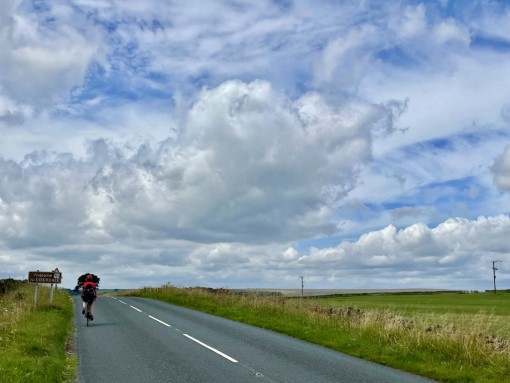 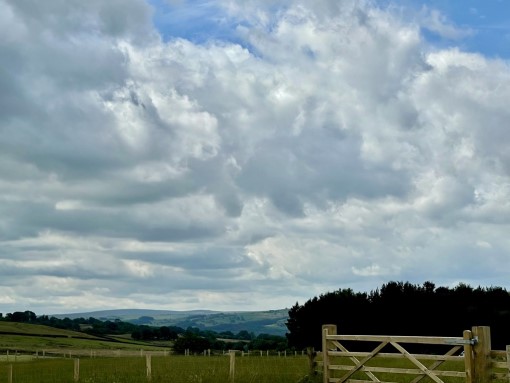 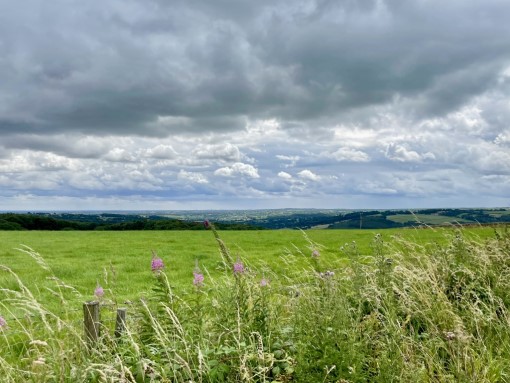 Six riders this morning, Mike, Peter, David and three Steves set off for Cawood and Riccall in patchy sunshine and a fairly gusty wind. Good progress to Linton and Collingham, half the climbing on this ride was in the first 15 miles so after Bramham it was mostly flat. We decided to check out any possible cafe stops as we weren’t sure what was available. First stop was Mrs B’s at the caravan park near Cawood, they had finished serving the breakfast menu at 11.30 but the very nice couple agreed to do hot sandwiches and drinks, service above and beyond, would definitely recommend! Onward to Cawood and Riccall where Peter suffered a puncture, some two handed tyre wrestling ensued as we managed to get the wire bead tyre off and more importantly on again. A very kind Gent who was nearby offered a track pump and all was well. Onward to Bishopthorpe and Askham and then a slight detour to Askham Richard for tea, coffee and very large portions of very good cake. Weather started to deteriorate and by Wetherby it was jackets on and rain most of the way home. We skipped the Spofforth pathway and stuck to roads, Peter and David left us at North Deighton and the remainder made it back to the showground without incident. Thanks to all for the good company, 66 miles door to door at 13.4 mph. Steve B. 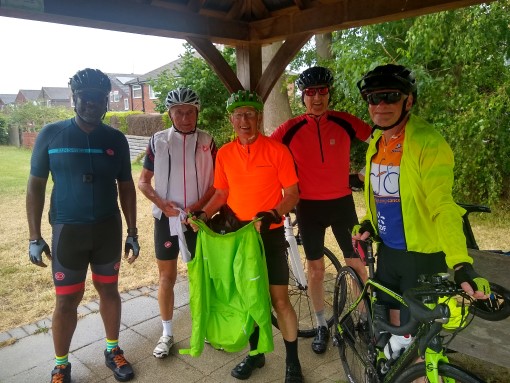