With Tier 3 restrictions denying us West Yorkshire residents the opportunity of joining club rides, I floated the idea on FaceBook of organizing some WE group rides which try to stay within the boundaries of Tier3land.  Understandably, my short notice of this idea led to the inaugural ride being a solo affair.  The meeting point was at the Dexter PH car park at Slaid Hill for 10.00.  Spirits rose as there were a couple of riders present but neither had heard of Wheel Easy and they melted away to join other rides that passed the door.  It’s a popular meeting spot for rides out towards the NE of Leeds. 10.15 came and away I went solo, determined to complete the day as planned.  After a dismal Wednesday, the sun was a joy but at times a bit of a hazard, with its mixture of blinding light when riding into it coupled with the strobing effects produced when passing hedges or, particularly, belts of woodland.  In both cases some form of sun blind is needed. I had to make do with one of my hands for short periods, with an obvious compromise of handlebar control.  Ideas please, anyone?

The inaugural route tried to skirt the NE boundary of Leeds with Lotherton and St Aidan’s RSPB nature reserve as the planned refreshment points.  From Bramham the route took me to the very brink of Tier 3, with transgression into N Yorkshire being avoid by a right turn back towards Bramham crossroads.  Here it was difficult to avoid putting a foot into Tier 2 but I don’t think anyone was looking or, possibly, cared. Then came Aberford and Lotherton, both still snugly within the Leeds boundary.  Another village hop followed a takeout and toilet stop at Lotherton leading to St Aidan’s visitor centre via Micklefield, Ledsham, Ledston, Allerton Bywater and Great Preston.  St Aidan’s in the warming sun was a delight as was the welcome from the centre staff serving takeout drinks, butties and cakes.  The brooding presence of the dragline machine (photos) was somehow lifted by the sun.  Swillington was the final village before tackling the outward sprawl of Leeds to be found at Thorpe Park.  A saving grace of Thorpe Park, it has to be admitted, is the provision of cycle paths alongside the  roads of the estate and over the new link bridge which will in due course be connecting with ELOR, the East Leeds Orbital route, now emerging in a corridor from Roundhay Park, brushing past Shadwell and Scholes before linking with Thorpe Park.  Off Manston Lane the once famous Vickers tank factory now has a different production line, this time churning out houses.  ELOR comes with the promise of full cycle facilities – we shall see.  I hope Tier 3 will be a distant memory by then.  Just two more villages at Scholes and Shadwell completed the set for the day.

Having now banked the ride as a WE route, I will be offering to lead it again in future.  Although no-one was able to join me, I had several encouraging posts on FB and I hope to establish contact with fellow Tier3-ites to get another date fixed.  It looks as though Tier 3 will be with us for a month or two/ more so I’m confident of getting this small service off and running and that it will meet a need. 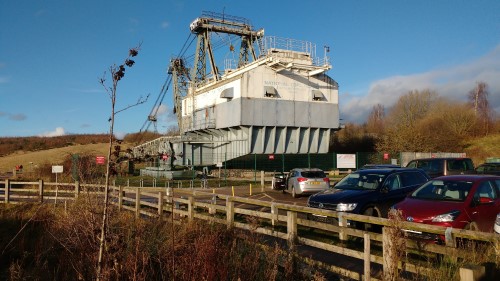 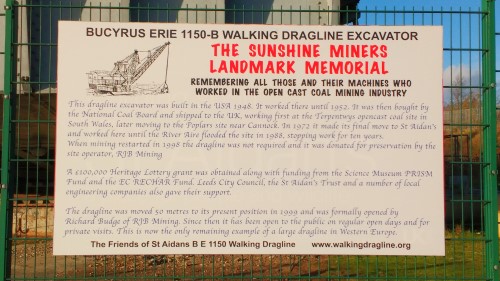 After a small amount of festive jiggling of group numbers, a gang of four was one of three groups that rode Route 255 on a bracing, but occasionally sunny day. The roads were not too bad and the route even had a stretch that at least some of the group had not ridden before – what a great resource our route list is. It was good to get out and blow out a few cobwebs before the Christmas festivities (or what remains of them). We stopped for coffee at Yolk Farm Shop just beyond Boroughbridge but the cold prevented us from having bacon sandwiches as the wait was too long, and after a quick coffee and cake we carried on. Bring on the return of indoor coffee stops! About 39 miles. Merry Christmas everybody! 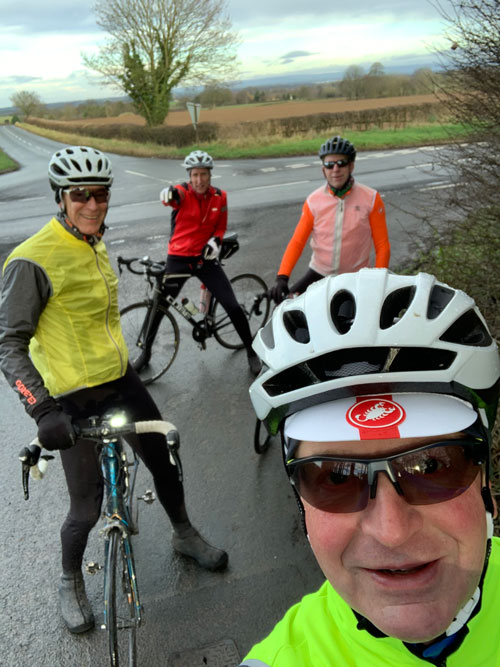