I hadn’t been out cycling since the end of November last year and was worried about leading today. However, Paul B, Dennis and Dave P had all braved the frosty weather and made it very easy for me. Thanks chaps. We headed for Ripley via Hornbeam, Forest Lane, Bond End and Boroughbridge Knaresborough, Farnham, Occaney, Copgrove, Bishop Monkton, and Markington. Refreshments were taken at the café in Ripley, where Dennis left us to head for his lunch. Back to Harrogate via the Greenway. Around 23 miles.          Jean

A bright and sunny, but decidedly chilly morning. Some frost and ice around, but were the roads icy and slippy? James had e-mailed the ride leaders the previous night to say beware. Eight of us in total decided on the medium ride to Ripon and Boroughbridge, including the two Chrises, Liz P, Alison N, Charlie and, unusually, James. A nice, small group of seasoned medium riders. We chose the main road to Knaresborough, but James offered to lead through the back roads so we didn’t end up at Low Bridge. Through the town centre, rather than Waterside towards Farnham, with lots of road works and traffic lights on the way. We got a bit mixed up with the short ride, but lost them somewhere around Occaney. When we turned left towards Bishop Monkton, Geraldine noticed that we had lost Charlie. Alison commented that this was assiduous back marking by Geraldine, and it was agreed that ‘assiduous’ was a good word which should make it into the ride report (even without Paul B’s input). We found Charlie again, and proceeded through Bishop M and turned right along Pottery Lane. James kept us on the right track through Littlethorpe to the bridge, where the obligatory photo was taken. Right past the racecourse and over the river and then right towards Skelton on Ure and Langthorpe. We had planned to have a café stop at Lister’s Farm Shop, but they couldn’t accommodate the 8 of us; maybe Plenty in the town centre? No luck there either, and Gilchrist’s were also full. So it had to be Morrison’s, which was predictably OK and good value as usual. Having reached Morrison’s, it was easier to return via Minskip than Roecliffe, which we did. At the top of Sandy Bank, Alison suggested returning via Lingerfield and Scriven, as it is quieter than the usual route, and it would also avoid all the road works we encountered on the way out, which was indeed the case. We went our separate ways at the top of Knaresborough hill.    About 34 miles    CPS 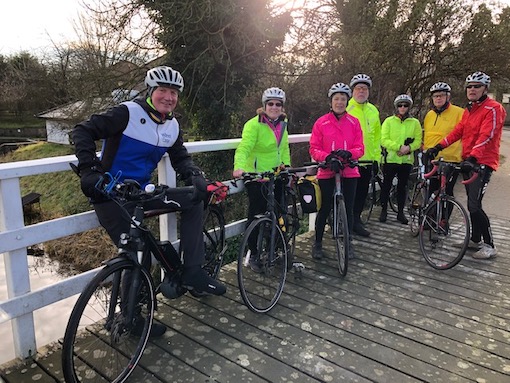 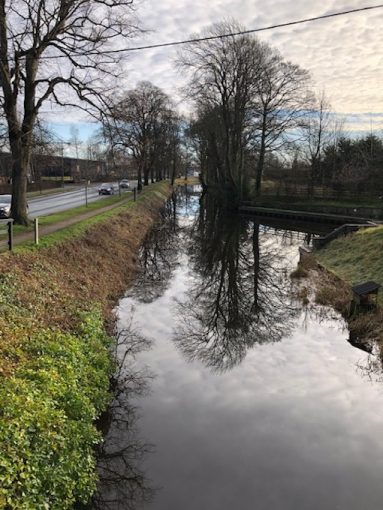 Eleven set off from Hornbeam on what promised to be a clear day, no wind, blue skies and very cold to begin with (-2C).  Two more joined us at Knaresborough. Helen was leading or at least navigating and to avoid side roads and quieter country lanes we all agreed it was best if we kept to the main road to Boroughbridge. Somewhere along the way Julie got a puncture so it was agreed the Group should split and nine of us carried on along the published route to Crayke via Topcliffe, Dalton, Hutton Sessay, and Brandsby. Julie’s Group had just got to The Olive Branch in Easingwold as we arrived, apparently Lady Luck wasn’t with her today as she got a second puncture on a different tyre on the shortened route her Group took to Easingwold. Excellent food and coffee is served at this establishment and moral was high as we only has a third to the ride to go after our lunch. We came back via Raskelf and Aldwark bridge and then the usual way through Arkendale and to avoid the temporary lights in Knaresborough, Lingerfield. An enjoyable ride, the longest for most this year being 65 miles with just under 900m ascent.   Tim R 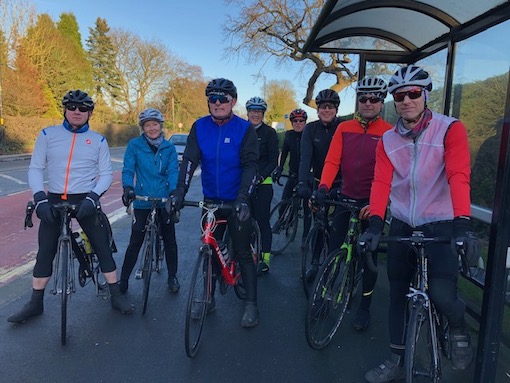 Chris mapped out a route of around 62 miles and advertised it for anyone interested in joining Chris and I on the ride. It was quite frosty and icy roads but decided that the forecast was going to be a sunny day and we would stick to the planned route. Robert and Peter joined us and we picked up Jeff at Abbey Road. Bearing in mind that it could be icy, we cycled along Abbey road watching for ice and arrived safely at the end. Knaresborough seems full of temporary traffic lights but once through the holdups on to Farnham and Staveley. In Boroughbridge three of the faster group past us saying that they had a puncture, though we had not seen the larger group. Our group carried on through Norton, Dalton, Hutton Sessay, where the old station self-service café was shut. When we turned up to Yearley Bank on the side of the road was lots of snowdrops we stopped to admire, Chris tried to photograph them.. The sun was out, no wind the views spectacular, the White Horse was more of a grey old nag and needed some Persil to whiten it. The cold got to the men and we had a few pit stops (careful wording) but overall a brilliant ride. Through Crayke and the group soon reached Easingwold. The Olive Branch provided good food and we soon tucked into beans and eggs, plus a teacake. Well replenish Peter went missing as we waited outside and thought he had changed his bike for a child’s scooter!! Back on the bikes over Aldwark Bridge where the planks rattled more than usual onto Marton over the road and motorway. On through Arkendale, Jeff turned off for home in Knaresborough. The four of us tackled Knaresborough Hill, Robert straight on to Leeds. Peter to Jennyfields and Chris and I along the Beryl Burton Way to Bilton and home. A very enjoyable 62 miles a few hills good company and what a lovely day we all had. Liz F and Chris 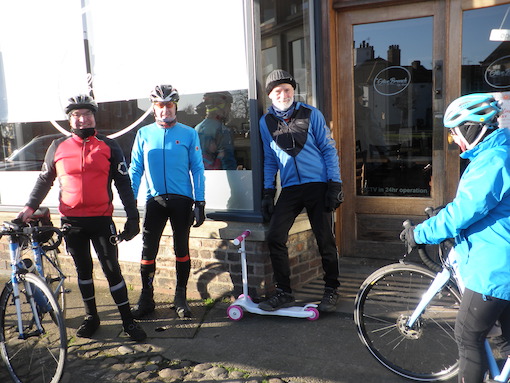 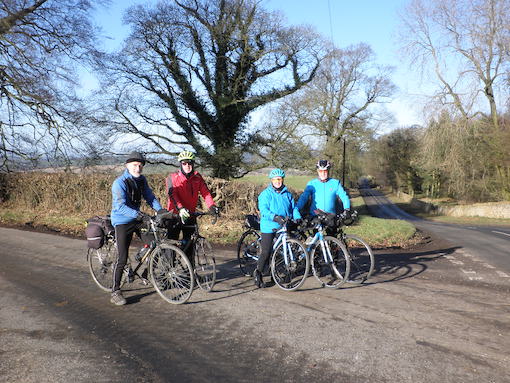 With the bulk of the Medium Plus riders opting for the longer ride this left only three to do the advertised route, namely Margret and two Peter’s. The trio set off for the frosty uplands of North Rigton. We altered the route on several occasions to avoid some potentially icy stretches. With the bright sunshine, riding along the ridges provided wonderful views of Wharfedale. After tackling the hilly bits, we stopped for refreshments at a very busy North Street Deli. We then made our back to Harrogate via North Deighton and Spofforth. A very cautious ride but still manged 40+ miles. PCJ 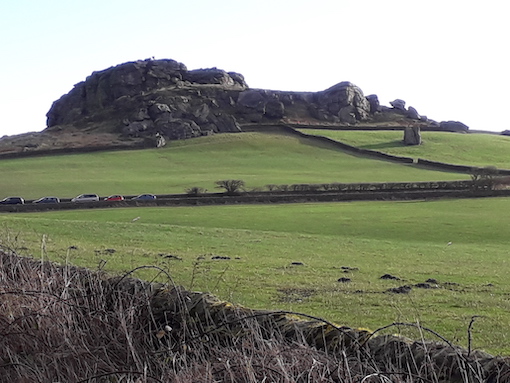 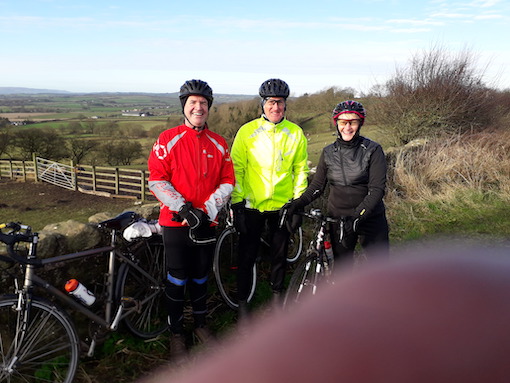