A nice morning at Hornbeam saw 5 of us heading out on our way to Gt Ouseburn and Tancred. Colin, Steve, Paul, Kevin and I were joined by Mike S at Low Bridge, and made good time eastwards. Around Marton we temporarily mislaid Paul but Mike hunted him down and we had just sat down at Tancred when they both appeared. Buns and scones despatched we headed towards a forbiddingly dark cloud which appeared to be directly on our route, but the weather gods were smiling and we made good time through Cattal and down the path at Walshford (a bit overgrown). Steady on to Little Ribston where Colin, Steve and Paul headed up to Knaresborough and the rest of us to Spofforth. Home just in time for Wimbledon with 34 miles on the clock. Brian. 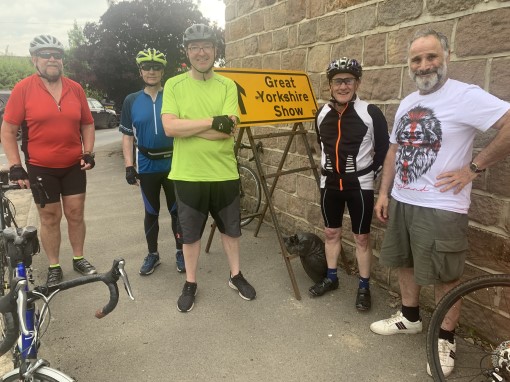 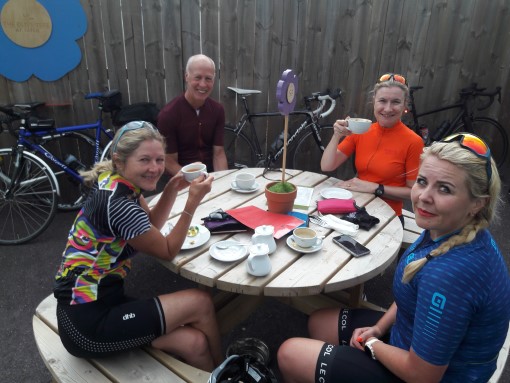 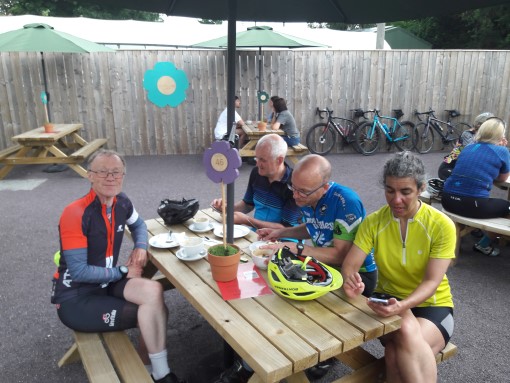 The Medium Plus Group divided into two at Hornbeam. Eight in the 2nd group on what turned out to be a lovely sunny morning as we wound & twisted our way to Ripon via Boroughbridge as per Route 267. Good food & service at Tates but with ever darkening skies the rain jackets came on as we sought to leave. Helen, Janet, Navah, Debs & Karen left to return via Ripon & Knaresborough whilst Top Tim (T1), Tall Tim (T3) and Mike carried on up the deer park as the temperature dropped & rain threatened. Except a couple of miles on and the roads were wet but the sun was out again. Cheeks blowing as we mounted Dallowgill Moor, past Fellbeck with the heat now bouncing off the roads and a quick jive down to Burnt Yates. Smashing. 54.5 miles. Tall Tim 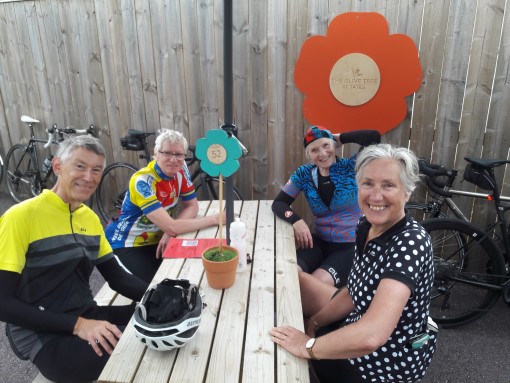 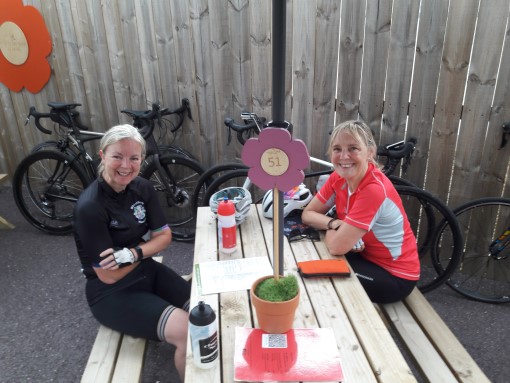