On a beautifully sunny but deceptively chilly morning, enough cyclists for the Medium Steady turned out to split into two groups. Allan, Dave, Corinne, Peter, and Al headed out with last-minute replacement ride leader, Navah. On Leadhall Lane, after passing a large group heading out on the Med Plus ride, they were joined by David who decided to switch rides. Everyone quickly warmed up, and by the time they reached Norwood Lane, the day was glorious: sunny, calm, and a very nice temperature for cycling.

A few small incidents occurred during the ride: Navah slipped down a muddy bank while taking a photo, landed on her back with her legs in the air, and got a bit mucky; Al’s (I think) derailleur needed some adjusting; Corinne’s chain slipped off; and the group had to prevent the ride leader from taking a wrong turn after the Swinsty Reservoir pit stop. All was handled in stride. The ride leader refused to stop at either Fewston Farm Shop or Mackenzies, to the disappointment of some, insisting on pushing on to Hampsthwaite before a cafe stop.

Sophie’s was bustling with cyclists and civilians enjoying the sun in the back garden, where they ran into the other Med Steady group. Setting out again, most of the group decided to take a scenic detour including a bit of rough track before reaching Killinghall, while Navah continued on the designated route. The rest appear to have made it home in one piece without their stalwart leader. Navah L. 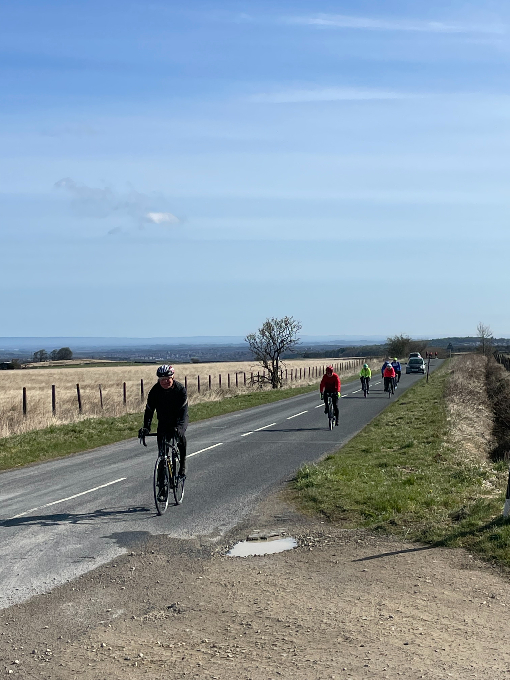 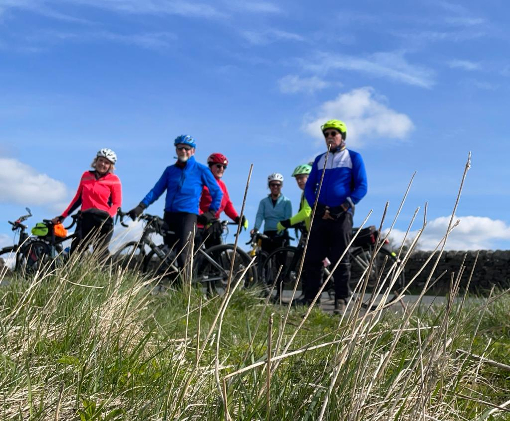 As there were eleven riders for the medium route four of us formed a group to ensure smaller riding groups on the roads out of Harrogate. We got a big ‘cycling spectator cheer’ from Malcolm and Gia’s grandchildren as we passed their house.

The route took us to Beckwithshaw, Little Almscliffe, Fewston, Timble, Blubberhouses and up Hardisty Hill. There were a few challenging hills which made me aware that I’m getting slower as I get older. The route from Menwith to Hampsthwaite certainly made up for it with the stunning views and the downhills. Sophie’s was particularly busy today with so many cyclists. It was a lovely morning for a 28 mile ride in good company. Paul T 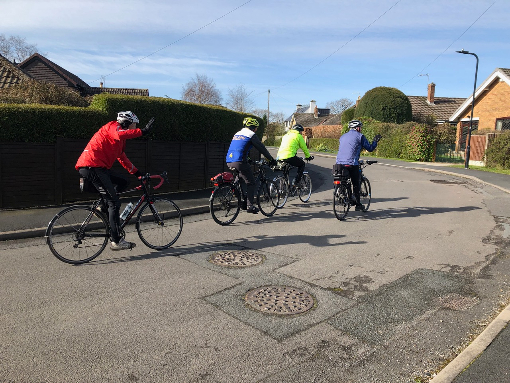 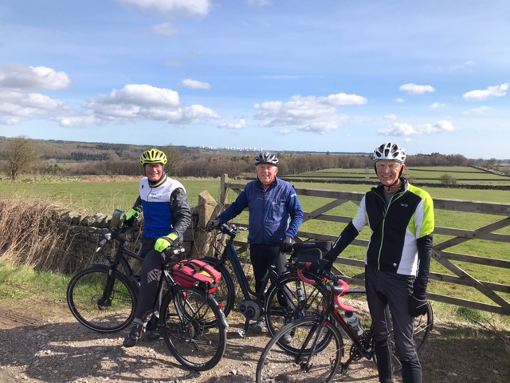 Beautiful sunny morning, eight people joined me: Liz, Helen, Steve, Tim, Doug & Helen, Monica and Yvonne. We set off to Beckwithshaw and up to Little Almscliffe where Yvonne took photo when we stopped. When ready to set off again I discovered I had a puncture front wheel, put new innertube in and could not find any objects in the tyre.

Made our way to Farnley, Weeton, Kirkby Overblow, up the steep hill to Sicklinghall Road. Asked a chap to take a group photo. Cycled on to Wetherby for lunch, unfortunately all cafes were shut. and there were stalls all around Town Hall. Morrisons was mentioned but no takers so decided to cycle on to Tancred Farm Shop, but at North Deighton Liz decided to go back to Harrogate for 3pm, so eight of us left. On to Tancred, through Whixley, Steve W went home for lunch but was coming back to join us. Fortunately Tancred was open, for coffee/sandwiches/cakes and some super sized ‘All Day Breakfasts’. Steve said if Tancred wasn’t open to give him a ring and he’d make soup for everyone which was very kind of him.

Ready to set off again after eating, full fed and watered, smiles back on people’s faces! A lot of food works wonders! Steve met back up with us, back to Harrogate. Thank you for great company. Very well done to all. 55 miles and 1022.0 metres climbing. Cheers! Mike W 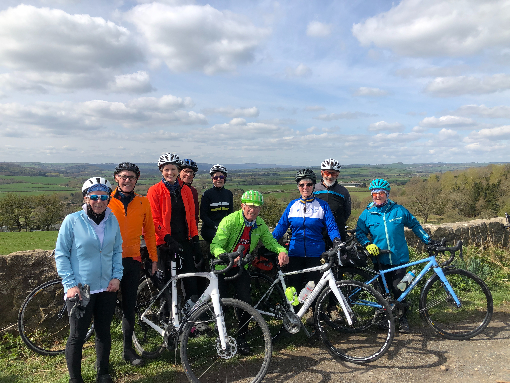 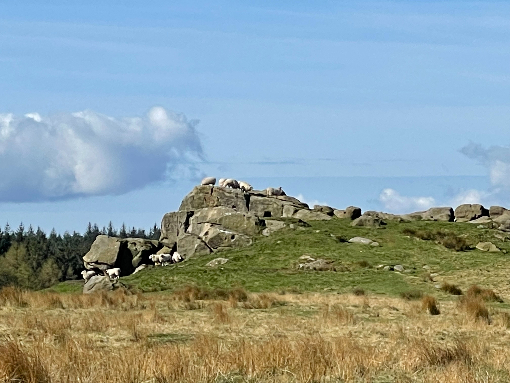 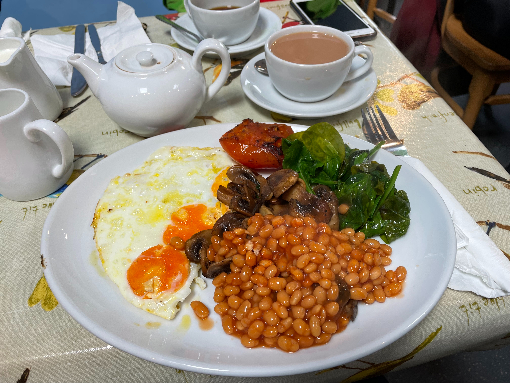 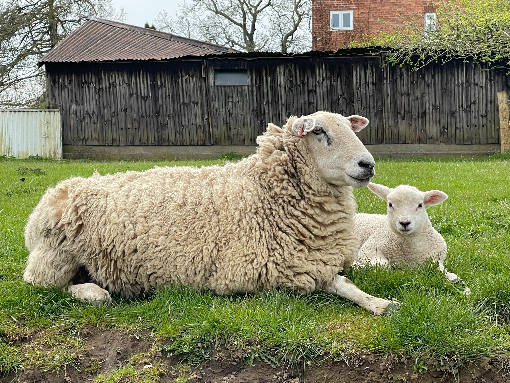