Ride was a version of route 183 to Myton-on -Swale. Six riders met at Hornbeam at 09.00. Route was out to Sandy bank where we met Martin. Then onwards to Toll Bridge to Aldwark. The group was in 3 pairs with one on the back, and due to the head wind we rotated the front every mile or so. We after going through Thornton bridge extended towards Cundal instead of going Milby to Boroughbridge. This section was hard as we were into the 15-20mph head wind. Cafe was to be Plenty but it was full and other cars looked busy, so first time at Morrisons for stop.

At the café stop Chris on behalf of the boys presented me with a heart biscuit to thank me for organising the Saturday rides, thanks boys.  Progress was hard on return towards Sandy Bank were we said good bye to Martin. We then returned for a change via Scotton to Ripley so we could shelter on the Green Way to return home in time for the rugby. Group was Dave R, Martin B, Trevor G, Paul B, Chris B, Darcy G,Grant D 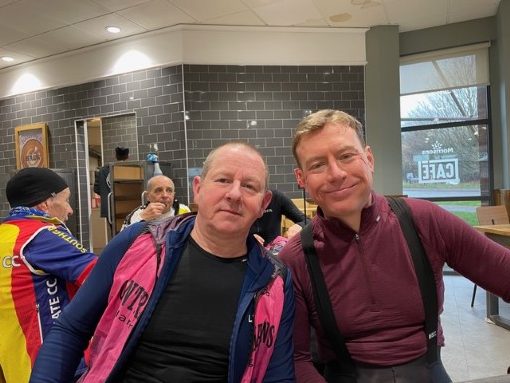 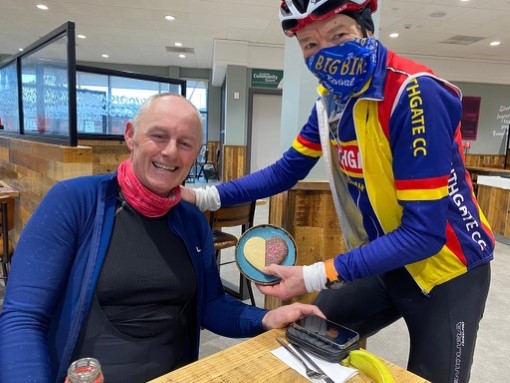 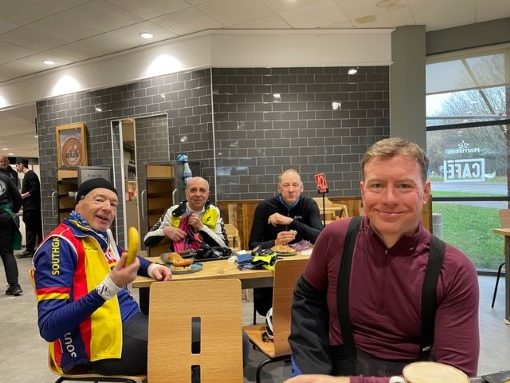 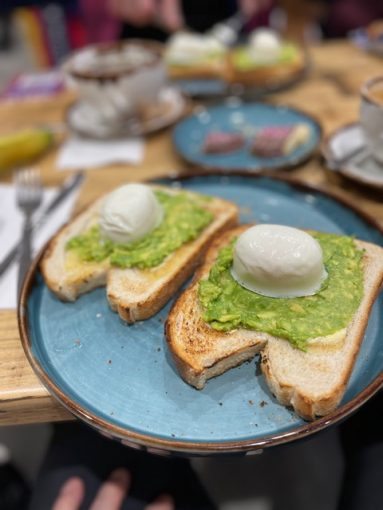 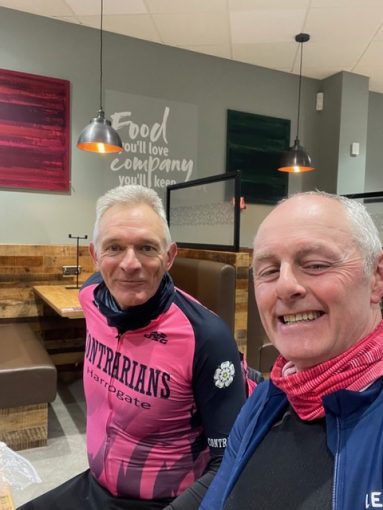