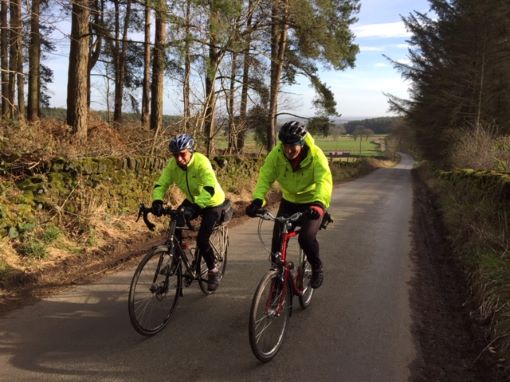 Following the publication of the roadmap out of lockdown in the Government’s “Covid-19 response-Spring 2021” document and the note in the last Newsletter, the Committee have now agreed a strategy to return the Club in two stages to full group rides on Wednesdays and Sundays from Hornbeam using the full calendar of routes with Ride Leaders.

As is recognised by the Government, there is clearly scope for slippage on the roadmap dates, and so we need to be prepared to adjust our arrangements accordingly. We also need to follow any advice that Cycling UK put out, but as far as can be seen at the moment it hasn’t yet changed substantively to take account of the roadmap.

The earliest date for any change to current regulations so far as cycling is concerned is provisionally 29th March as part of Step 1 when the Rule of 6 will come back in. This will put us in the same position as we were before the current lockdown started in January when there were no official Club rides and members were organising their own ad-hoc groups of 6 and unless there is any delay by the Government these ad hoc groups can start again.

The first stage of the restart of Club rides will then be when Step 2 of the Government roadmap comes in effect, which is provisionally on 12 April. At that point, outdoor hospitality is allowed to reopen, so outdoor café stops will be possible again and also vaccination numbers will be higher, so, unless the roadmap timetable slips the first Group of 6 Rides from Hornbeam will be on Wednesday 14 April. 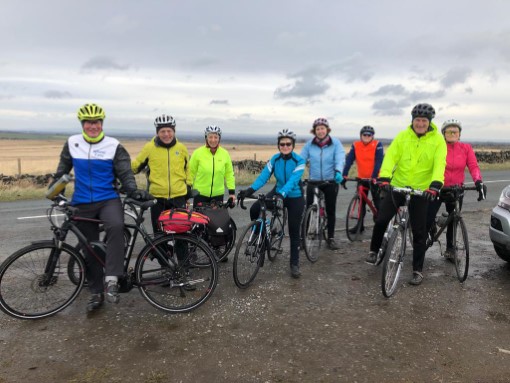 Although the organised groups of 6 arrangement at Hornbeam was suspended due to low take-up, the circumstances are now different, particularly with the vaccine rollout, the prospect of warmer weather and the publication of the roadmap and so it is proposed to offer this again. It would be on the same basis as before with the legal requirement remaining for members to register for Test and Trace beforehand using a simple form on the Website, but otherwise just turning up at Hornbeam and being organised into groups of 6. On Sundays, the routes would be the Medium and the Medium Plus and on Wednesdays it would be a Medium route generated from the Calendar as a stop gap measure.

Short rides will also restart, but instead of the Googlegroups email system that was used previously, an ad hoc calendar for both Wednesdays and Sundays will be added on the Website for those who want a short ride. As with the other rides,  there will be a  requirement to register beforehand on the Website for Test & Trace and it will be self-lead. 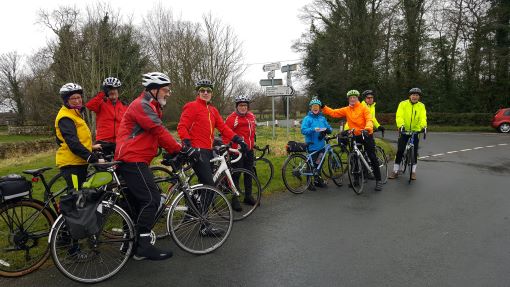 The next change on the roadmap will be Step 3, provisionally set for 17 May, when indoor hospitality opens but would still be limited to the Rule of 6. So there will be no further changes for Club rides until the general relaxation of all Government rules and regulations on meeting and socialising under Step 4, provisionally on 21 June. At that stage and on current plans we would be able to return to our normal rides from Hornbeam, subject to any ongoing regulations the Government puts in place. It is anticipated that the legal requirement to register for Test and Trace will remain.

There is nothing definite as to what rules and regulations may continue beyond the general ending of the lockdown under Step 4, but it is clear from the Government Website that there will be some regulation possibly on face masks and/or social distancing etc and it is also possible that the roadmap timetable may slip or change and so these arrangements may need to be reviewed and revised as the roadmap progresses and develops.

In summary then on 14 April or whenever Step 2 of the Government roadmap is implemented, if that is later, Groups of 6 from Hornbeam will restart with prior registration on the Website and this would continue until full relaxation of all restrictions under Step 4, provisionally on 21 June, when there will be a return to full Club ride arrangements from Hornbeam, subject to any continuing Government regulations.